Howard Stern on Trump’s Virus Response: He ‘Doesn’t Give One S**t About Public Service’

If your so-called “buddy” told you almost a full term into your presidency that you “didn’t give a shit about public service” or that the only reason folks were tuning into your pandemic press conferences was because they are “scared shitless,” would you consider that friendly constructive criticism, or cutthroat negativity from yet another leftwing opponent? 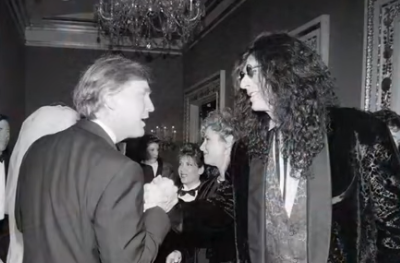 Of course it would be the latter. Radio host Howard Stern provided these political takedowns of the president, that he’s too “sensitive,” selfish and “never going to change,” saying these are just things he’s learned about the man over the years.

According to The Hill, the radio shock jock blasted the president for boasting about his coronavirus press conference ratings in recent days. On his March 31 Sirius XM radio show, Stern asked, “Do I pull my hair out of my head when I see my buddy Donald Trump standing there talking about how can people not look at his ratings and his ratings are higher than 'The Bachelor?’”

Both Stern and the president go way back. Back when he was a New York City real estate tycoon, Trump was a frequent guest on Stern’s show.

This was a reference to Trump’s tweet from Sunday, March 29, which claimed his pressers were attracting an “average audience of 8.5 million on cable news, roughly the viewership of the season finale of ‘The Bachelor.’”

Stern tried to give Trump a reality check, adding that “the reason his ratings are higher" is "because people are scared shitless.” Clearly, Howie hates the braggadocio and a lot of people feel the same way about the president, but let’s add some more context: when networks like CNN and MSNBC threaten to pull the plug on broadcasting the government’s address to the people it’s charged with protecting during a crisis, perhaps the president can hit back or at least joke about it being a dumb idea.

It’s a nice way to tell the vicious media to get bent, can’t we all agree?

To each his own, but Stern couldn’t just leave it there. In response to listeners, reportedly calling him out for never bashing the president, the radio host went from valid skepticism to ruthlessly judging Trump’s character.

He asked, “You think I'm going to change a 70-something-year-old man who's never been in therapy? Do you think I'm going to change a man who's never been introspective?” He then went deeper into the president’s character flaws: “First time I met him, he spoke about himself for an hour, didn't ask me one question. I mean, that's Donald. I can't yell at a turtle to run faster."

Stern qualified the amateur psychoanalysis, saying, “Let me tell you about Donald because I know Donald. He's really sensitive for himself” He then added the doozy, “I can honestly tell you that Donald doesn't give one shit about public service.”

Some good “buddy” you got there, Mr. President.