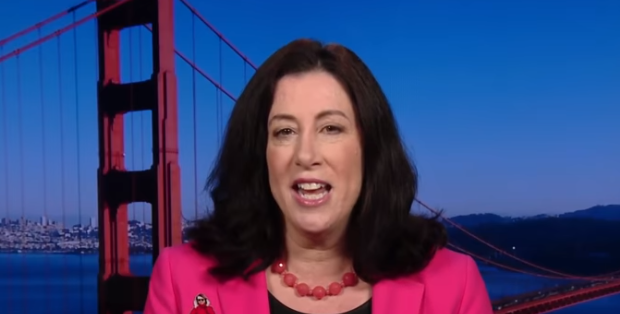 House Speaker Nancy Pelosi’s daughter just stepped in it, putting out a very vengeful and salacious tweet about how the neighbor who assaulted Sen. Rand Paul (R-KY) at his own home “was right.”

Not that her famous last name was respected in conservative circles, but Christine sure invited universal condemnation of the Pelosi family name with her disgusting partisan smear of the GOP lawmaker.

After the scary news broke that the senator had tested positive for coronavirus, the House Speaker’s daughter and California Democratic Party's Women's Caucus Chair inexplicably expressed solidarity with the unhinged neighbor who seriously injured Sen. Paul in 2017.

Washington Post congressional reporter Paul Kane tweeted a melancholy note about Sen. Mitt Romney (R-UT) claiming after sitting near Paul he had to isolate from his wife who has Multiple Sclerosis, and Christine responded, “Rand Paul’s neighbor was right.”

For anyone who hadn’t caught the reference, this meant that the man who trespassed onto Sen. Paul’s property in late 2017 and tackled him, fracturing several of his ribs and damaging his lungs, made the right decision according to Ms. Pelosi’s Twitter on Sunday night. According to reports, Mr. Boucher’s assault on Sen. Paul wasn’t politically motivated, but Pelosi’s was.

Really, how far removed is this from another politician’s supportive family member tweeting that the guy who shot Rep. Steve Scalise (R-LA) while he was playing baseball “was right,” for example? We really hope this was a misunderstanding, a joke or even a typo, because it’s vile.

Pelosi is no stranger to rabid partisan politics, though. She’s very supportive of her mom’s political gamesmanship and routinely attacks her political enemies in the media, especially President Trump.

During the impeachment, Christine supported her mother’s rebukes of the president by tweeting her own. After Nancy lashed out at reporters who asked her whether she “hates” Donald Trump, Christine tweeted, “TFW [that feeling when] giving the index finger is FAR more powerful than giving the middle finger … #DontMessWithMama.”

Of course, Nancy often clarifies that her actions are never done in spite or to be petty, but her daughter seems to blow her cover.

After Nancy Pelosi disgracefully tore Trump’s speech during his last State of the Union Address, Christine characterized it as an “Italian grandmother move.” Yeah, so tough. Though, Christine needs to stop embarrassing her mother. This latest tweet was a serious miscalculation.