Paparazzo-beating actor Alec Baldwin had the nerve to accuse President Donald Trump and his supporters of causing the “moral collapse” of America on Monday, January 13. 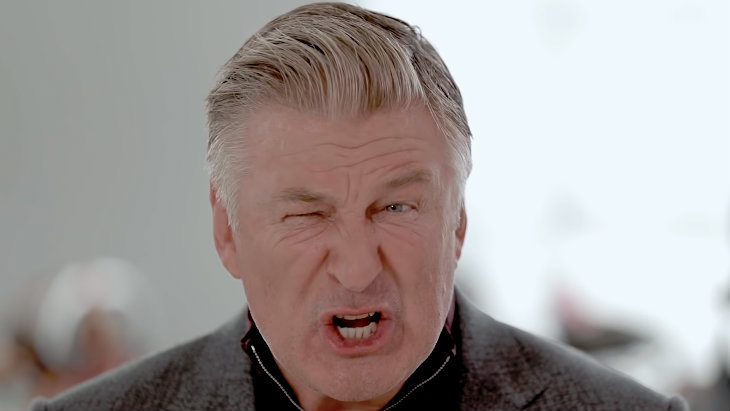 The 61-year-old actor, known for his Donald Trump impersonation on NBC sketch series Saturday Night Live, dropped the satire for a more direct and aggressive condemnation of the Hollywood-hated president and his followers on social media. Baldwin blasted Trump supporters in a series of tweets for “bearing the blame” of the country’s destruction.

Yeah, it was unhinged.

The self-aggrandizing Oscar winner began with some overdone rambling about the real meaning of America, how the country “has always been a struggle between the misaligned protections of specific freedoms and a raging, at times intoxicating, 12 cylinder economy.” Yeah, yeah, yeah, he’s such an intellectual.

Too bad his rational adult facade was shattered with a childish, hate-filled tirade about 63 million voters.

Baldwin mentioned something about America needing “vigilant/consistent regulation, compassion for the disenfranchised,” and “necessary sacrifice;” but Trump voters are destroying that.

He lamented, “The desecration of those ideals and the near moral collapse of this country falls squarely in the lap of Trump’s supporters.” Goodness. That’s quite the condemnation. 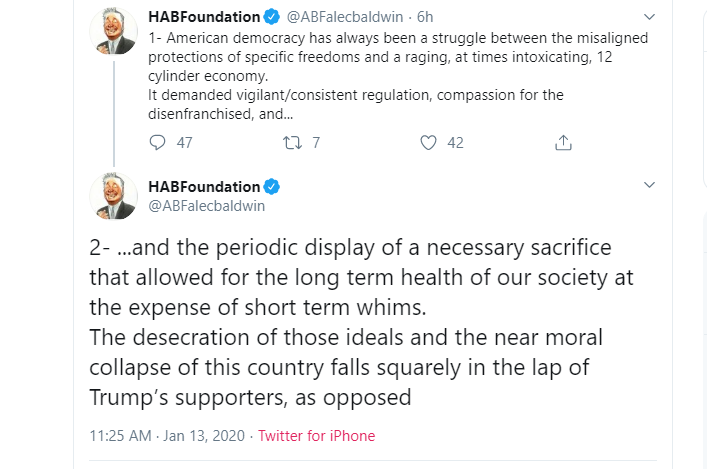 Baldwin did have disparaging words for Trump, but to him, the president is more akin to a natural disaster that is being harnessed by the wicked voters. He explained that Trump “is merely what psychology labels the ‘objective negative function.’ Like fire, floods and earthquakes, it destroys, and only destroys, by its very nature. Without prejudice.”

It’s conservative Trump supporters who wield the prejudice in all this. He claimed, “It is Trump voters, particularly those who would re-elect him who bear the blame. For the undeniable and colossal destruction of everything that matters to us as Americans that cannot be merely monetized.”

Of course, it’s funny to see Alec act as a moral authority with insane ramblings such as these. It’s also even funnier to imagine that the man with a record for beating up paparazzi, a penchant for calling people “f*gg*t,” and who’s acquired a reputation for physical fights over parking spaces, can blame Trump supporters for America’s moral decline.