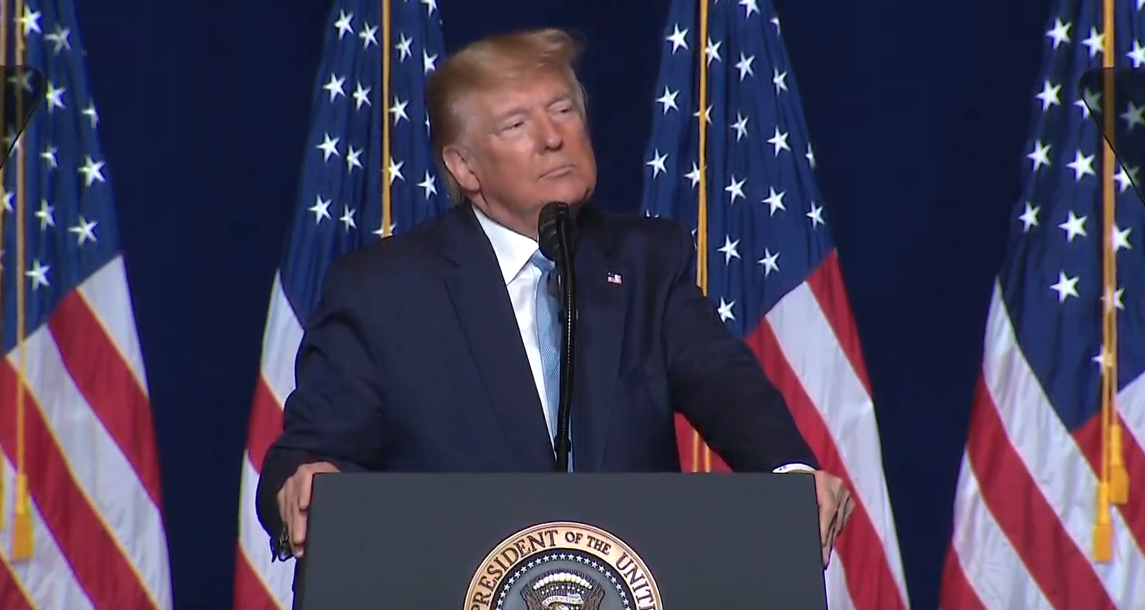 The Washington Times reported Friday that Congressman Mike Johnson (R-LA), among other Republican members of Congress, received a grotesque and disturbing holiday card, allegedly sent from the adult magazine company “depicting the assasination of President Trump.”

Horrible doesn’t even begin to describe the cartoon, which features a crowd of ordinary folks standing around and looking joyful at the bloody and lifeless body of the 45th president sprawled out on a street corner. One man in the group is shown holding the smoking pistol with which he killed the cartoon president as the onlookers beam with pride.

On the card’s next panel, the cartoon assassin lampoons one of Trump’s darker comedic moments about his supporters’ loyalty, saying, “I just shot Donald Trump on Fifth Avenue and no one arrested me.” At the bottom right of the image, the artists left a greeting, claiming, “From all of us at Hustler.”

Johnson was rightly horrified by the morbid card. He tweeted out the murderous images, commenting, “Here's all you need to know about the radical Left. A young staffer of mine opened this in a stack of holiday mail today” (screencap below).

Johnson added the critical point that if Democrats had received this card, the media would be having a meltdown. “Just imagine if a conservative had distributed such a disgusting and hateful piece about a Democrat,” he claimed, adding, “I hope this will be investigated by @secretservice.”

Politico’s Melanie Zanona stated she confirmed the authenticity with Hustler, that “a number of GOP congressional offices” received the card. “‘The card was sent by HUSTLER and was our official holiday card for 2019,’” Zanona wrote in a tweet.

Even staunch Trump critic and attorney Mark Zaid, “who legally represents the whistleblower in the Ukraine scandal, also slammed the card,” reported Fox News. He condemned the Christmas card as “unacceptable.” He claimed in a tweet, “This is unacceptable, and clearly I’m no fan of this President. But this absolutely crosses the line and there should be a public apology.”

“Something like this is not a joking matter,” Zaid stated. Fox News also mentioned Hustler’s has anti-Trump history. In 2017, the magazine put out a “full-page ad” in The Washington Post offering a “$10 million” reward for “information leading to the impeachment and removal of office” of the president.