The Washington Post has become the Mean Girls of the nation’s capital, going after First Lady Melania Trump’s Christmas fashion sense, calling it “ridiculous” and indicative of “aloofness.” Gosh, why would anybody want to be aloof from the bitchy high schoolers at the Post? 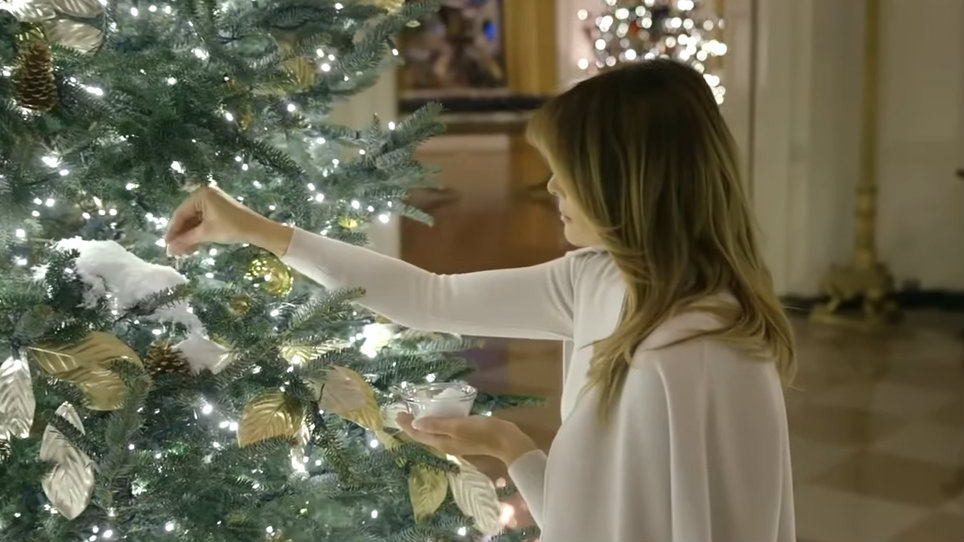 Remember these were the same folks who praised Michelle Obama for wearing glittery thigh high boots. Clearly, this is a political critique, not a fashion one.

The attack on Melania’s Christmas ensemble, which was showcased in a short White House promo video, came from the paper’s fashion critic Robin Givhan. The subject of her meanspirited and overreaching critique was the long white coat Mrs. Trump wore as she toured her Christmas-themed white House.

Surprisingly, Givhan seemed enamored with Melania’s decorative choices; a far cry from previous years when the media hounded her holiday displays as macabre and creepy. She wrote, “The theme this year is ‘The Spirit of America,’ and the dominant color is wintry white with festive bursts of holiday red. It’s all quite lovely. So there’s that.”

Shocking But hold on, Givhan was saving the scathing critiques for Melania’s personal appearance.

Givhan scoffed, “The coat looks ridiculous.” Um, sounds a bit much for a pretty minimal white over coat -- and you ain’t seen nothin’ yet.

Givhan claimed, “But more than a silly fashion folly, the coat is a distraction. It’s a discomforting affectation taken to a ludicrous extreme.” Why? “In a video that is intended to celebrate the warmth and welcoming spirit of the holiday season, that simple flourish exudes cold, dismissive aloofness.” A white overcoat? Really? If it’s got to symbolize something, why not a “desire for privacy” or “quiet assurance,” or simply a fondness for wearing white?

A couple of years ago, Givhan was rhapsodic when former FLOTUS Michelle Obama’s wore thigh-high gilded boots. Givhan claimed they were “Faaaashion!” and assured readers that Obama “can wear whatever she wants now.” The worshipful Postie crowed, “And her critics? Well, she’ll let them go low while she goes haute couture.”

Taste is subjective. Tacky boots vs elegant white coat? To Givhan, the real difference is who is wearing it. She can dress up however she likes, but Melania will never be one of the cool girls.