Cardi B Calls Bernie ‘Natural Humanitarian,’ Claims America Was ‘Never Made For Us’

Clearly Vogue magazine doesn’t care about its readers. If it did it wouldn’t be exposing them to a 73-question interview with barely articulate stripper-turned rapper Cardi B. The “Bodak Yellow” artist talked about motherhood, her career and making what she calls “shmoney,” but also made sure to heap praise on Bernie Sanders, hate on America and mention which U.S. president is her least favorite. 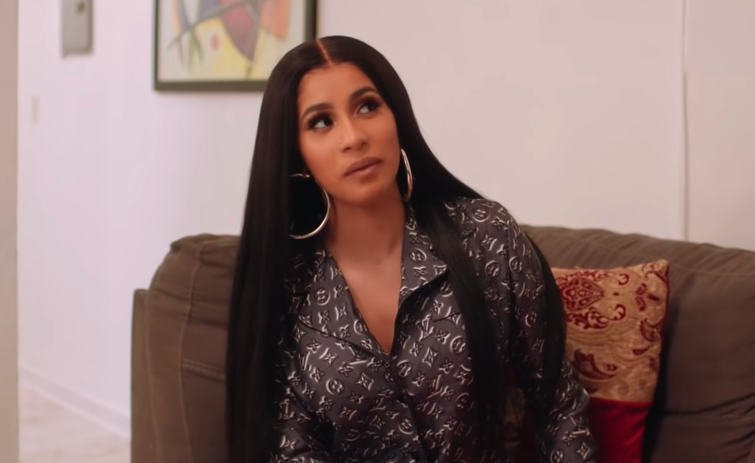 Bet you can’t guess who that is.

Vogue met Miss B at her grandmother’s flat in Bronx, New York. The new-ish mom was holding her one-year-old daughter as she began the mag’s cheesy interview format, which consisted of some overly peppy journo asking the rapper a series of random questions about her life and interests. Since Cardi B is a Bernie Bro and outspoken Trump critic on social media, we got to hear a bunch of political/anti-Trump garbage.

Vogue knew what it was looking for with it’s first political question. With an embarrassed chuckle, the interviewer asked Cardi, “Who is your least favorite president of the United States of America?” How cute.

The interviewer then asked the rapper, “if President Trump invited you to the White House and you showed up, what would be your first question to him?” Without missing a beat, she responded, “If you don’t love every American citizen, why become president?” Oh more boilerplate Trump is racist stuff. Exciting.

The former stripper then provided viewers with a civic lesson, telling Vogue that what she “recently learned about the political system” is that “the system was never made for us.” Of course she was never asked to follow up on that. Does she mean the ordinary citizens, African Americans, or former strippers/drug dealers?

Continuing on, Cardi mentioned that if she were ever in charge of making a law, it would be one that would mandate that “if you say anything racial, you will go to jail or get fined. That would be my law.” Well Cardi, you would be doing some time considering stuff you’ve said in your past. Also isn’t there real jail time you deserve for your previous career of drugging and robbing men?

The chat moved on to 2020 commie candidate Bernie Sanders, with Cardi admitting to “feelin’ that Bern.” Oh boy. “What about him excites you the most?” The rapper claimed, “He’s a natural humanitarian… He been doing this for a long time, not just to become a president and get good votes.” Oh sure, Cardi. Just don’t think too hard about that third vacation home the Senator buys after dropping out of the presidential race.