Billy Eichner, the obnoxious street talk show host of Billy On the Street and voice of Timon in Disney’s Lion King reboot, has scraped out a spot for himself in the world of lefty activism. Partnering with the progressive organization Swing Left, Eichner will be using an aggressive, on-the-ground approach to corral sympathy for Democrats in the 2020 election. 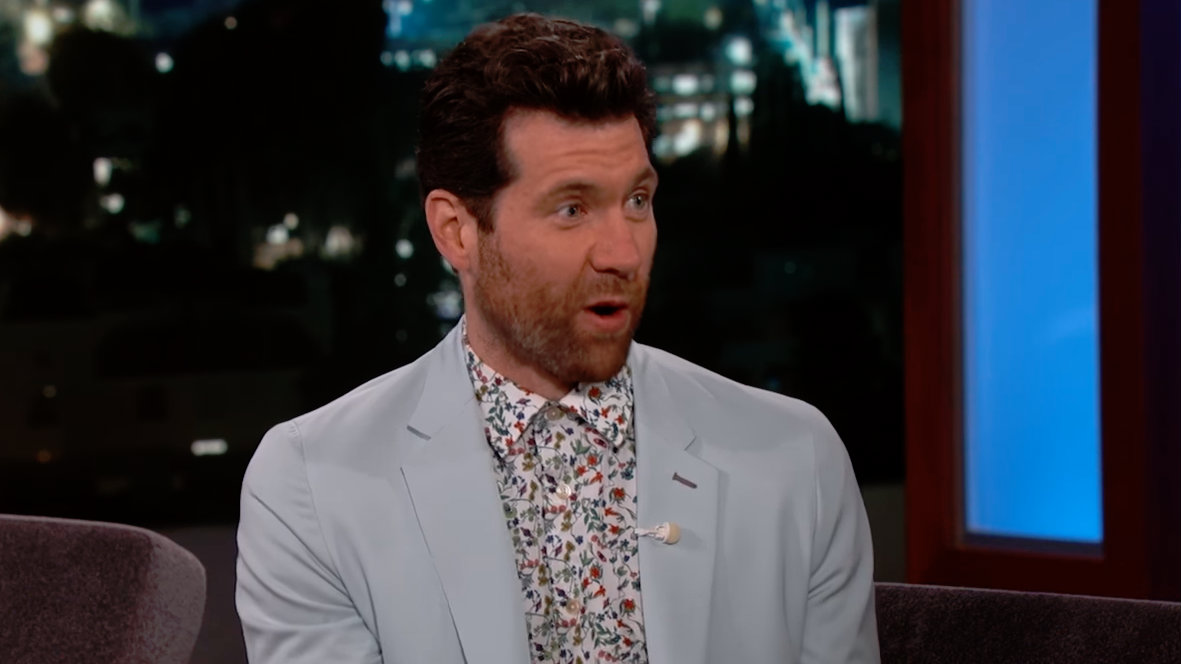 The Hollywood Reporter interviewed Eichner about his involvement in lefty politics, asking his thoughts on everything from 2020 progressive enthusiasm to disgraced former Congresswoman Katie Hill (for whom he has waaay too much sympathy.)

Eichner mentioned really jumping into politics around the time of the 2018 midterm elections while he was doing comedy with Funny Or Die. At the time Eichner was also dabbling as a Twitter keyboard warrior in support of Democratic candidates while selling his own brand of Hollywood anti-Trump outrage. The support he received from leftwing fans prompted him to canvass for Swing Left and one thing led to another.

Eichner recounted, “I was just really gratified and happy that I found a way to participate and be proactive instead of just sending angry tweets, which I’m wont to do. Swing Left has an incredible infrastructure and I canvassed with them in New Jersey and had so much fun.”

That’s real nice, Billy. Oh and because you're a famous face with the right opinion, there was an official job in it for you wasn’t there?

Eichner added, “After the election I reached out to tell them how impressed and gratified I was and how I’d like to find a way to work together. And they came up with this idea and I was thrilled.”

THR then prompted the comedian on the enthusiasm the left has for current politics, wondering if there is “concern” that folks are discouraged. He affirmed, “People are exhausted. They’re still exhausted from 2016, and when you add in the endless social media activity about every awful thing the Trump administration has done, it becomes very discouraging.” Still he clarified that this discouragement is what inspires him to “activate” all the more.

The comedian claimed that, although winning the presidential election is everyone else’s priority, his “focus is going to be on flipping the Senate,” because “even if they win — they’ll still be dealing with a Mitch McConnell or a Republican-controlled Senate and I don’t know how they can possibly get anything done.” But his choice for president would be Elizabeth Warren, whose run has been “masterful” so far.

THR asked Eichner whether he’s worried about negative press surrounding his activism. Eichner sneered at the question, saying, “I will never for a moment feel threatened by anything said on Fox. The more they taunt me and try to shut me up the more I will double down.”

And because there’s always a scandalous cherry on top of Hollywood political opinions, Billy provided his thoughts on “Katie Hill’s resignation.” “I was very happy when she won and, like many people, feel terrible about the situation,” he claimed, adding, “I do think there is absolutely a double standard in Washington and the world in general for what women and men are allowed to do.”

Yeah there is Billy. Some men’s entire lives can be destroyed by an uncorroborated accusation, whereas a woman can have proof of indecency thrown around the internet, be given the option of resigning, and then complain about it like she was the victim, while receiving public praise no less. And these are the opinions getting a platform?