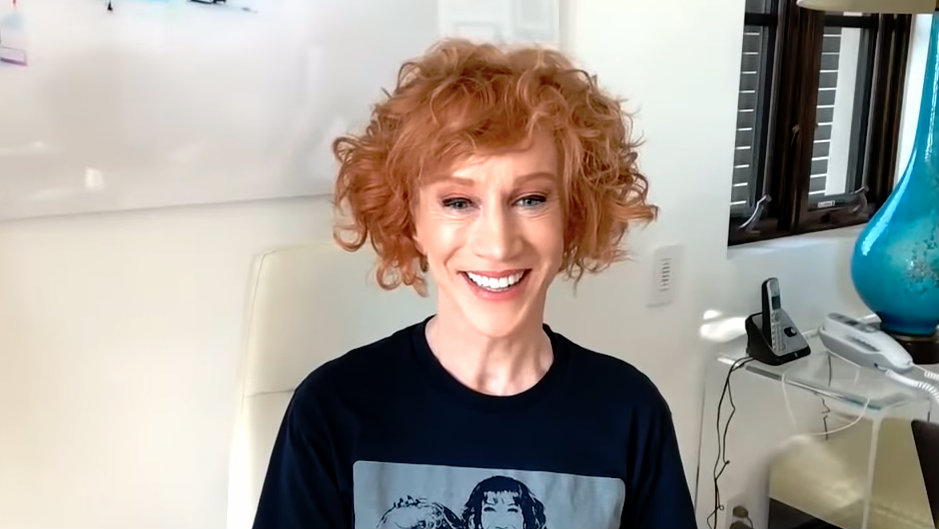 If there’s one night to skip out on going to the movies, mark your calendar for July 31. That’s the night Kathy Griffin is unleashing her first ever movie theater experience complete with Q&A and an entire weekend’s worth of melodramatic material from her Trump Derangement Syndrome-inspired novella, “I, Victim.”

Just kidding, that is, at least about the novella. However Ms. Griffin, the unhinged comedian whose Donald Trump murder effigy scored a 9.8 from the Isis judges, is getting her very own theatrical release this Summer.

Variety reported that the documentary comedy, Kathy Griffin: One Hell of a Story, “has sold to Brainstorm Media for a special theatrical release this summer.” The movie will be shown in U.S. theaters on July 31 for a “one-night special event. Fathom Events is a partner on the deal, and Griffin will join audiences for a live Q&A following the film.”

Directed by Troy Miller, One Hell of A Story premiered at Austin, Texas’ alt-left SXSW film festival to “stong reviews.” Whoever these critics were they sure have much patience for Griffin and her patented brand of incandescent shrillness. The film takes place at the end of Griffin’s attempted revival stand up tour, “Laugh Your Head Off,” where the woman had people pay to listen to her discuss “the fallout from a controversial 2017 photograph where she posed with a fake severed head that looks like it belonged to Donald Trump.” Yeah, “looks like,” because it was really open to interpretation.

On top of promoting her flick, Variety dutifully parroted her sob story. The outlet wrote, “As a result of the picture, which Griffin meant as a joke, she was blacklisted by Hollywood. She stopped getting job offers in movies and TV. And even worse, she underwent lengthy federal investigation by the U.S. Department of Justice and the Secret Service.” Oh goodness. It sure brings a tear to our eyes.

But she’s a champ so she “self-financed and produced the film herself.” The theatrical version is reported to be slightly different than the film festival offering in that it now includes “documentary footage interspersed with her onstage comedy.”

In a recent statement Griffin claimed, “I’m honored to be given the opportunity to showcase my comedy and the raw behind-the-scenes-footage of the last two years.” She added that the film provides a “gritty, unapologetic look at this era of cultural chaos and Trumpism.” Oh and she mentioned that it’s “funny as hell.”

Well, just like her non-apology, that last statement is definitely not at all believable. We’re going to go out on a limb here already and give the film a miss.