Well, Robert De Niro’s back to his anti-Trump antics again, and while you’d think that he’d have to put down or at least shy away from his enthusiastic Robert Mueller SNL impression — since the “No collusion” report of course — the legendary actor stands by every bit of the role, saying that it’s his preferred bit of “activism” and his “civic duty.” And even with Mueller not being Trump’s supposed boogeyman, De Niro is still excited about future Mueller appearances. 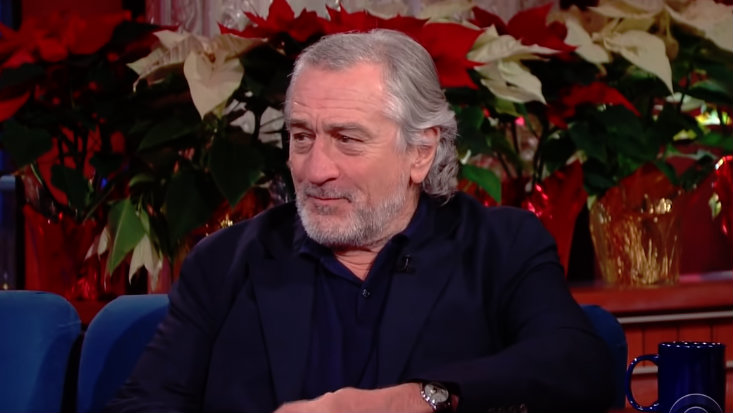 It seems hope springs eternal for these TDS sufferers. Maybe we should let them have some peace of mind.

Just kidding, this is pretty much the height of idiocy and a complete travesty of the truth. The legendary Goodfellas actor and founder of the Tribeca Film Festival has apparently grafted his entire reality onto Trump’s Russian collusion. It’s his well-spring. Sitting down with Hollywood Reporter De Niro claimed, “I consider it my civic duty to do that part — just to be there because [Mueller] doesn't say much, but he doesn’t have to. It's that simple.”

Forget Robert Mueller, De Niro really does a good impression of that grouchy old man, who’s always shaking his fist at the facts, like he would at the pesky neighbors and their noisy children. He insists Trump is going to jail … at some point. THR added that the star “still has hopes of the president serving jail time for suspected collusion with Russia in the 2016 election.”

De Niro is a small snapshot for a larger group of people who seem completely hypnotized by CNN and MSNBC over the Mueller saga. Collusion’s been so hammered into their brains that there’s no possible way it didn’t happen. De Niro claimed, “I might even be happier the day that Mueller puts him in handcuffs, takes him in an orange jumpsuit and puts him away for a long time.”

Of course, De Niro’s impetus for believing so comes from that hail mary alt-left conspiracy that Attorney General William Barr has officially covered up the real collusion. De Niro claimed, “Mueller presented it in a way that's up to us and Congress to make, come up with the results, but now it’s being barred by Barr. And that's to be seen now what Congress will do and how effective they're going to be.”

Barr’s cover-up is “pathetic,”De Niro mentioned, also claiming that it’s the Democrats who are the only ones “trying to do the right thing.” Poor guy, being so gracious to the folks keeping him in line with a lie. And you can bet that if Trump doesn’t go to jail, he and the other well-behaved #resistance foot soldiers will be marching in the streets. He declared, “there's going to be a lot of mass demonstrations, a lot of protests if this is not resolved. We have to know what went on. We have to know.”

De Niro also expressed that his turn as the Special Counsel is not necessarily over. “If Mueller testifies in front of Congress, then maybe there will be some skits that we'll see." For the sake of SNL’s reputation not completely going up in flames, the producers better not get any ideas for a character revival.