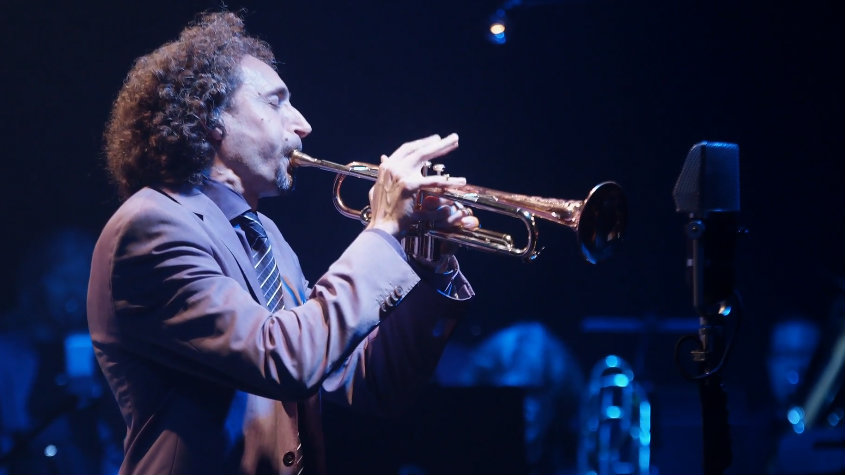 Hollywood will jump at any opportunity to throw a middle finger at conservative policies, especially at immigration reform. Doubling down on it’s message of “Fuck The Wall,” the music industry threw three Grammy awards at a music album featuring the vocal stylings of 53 undocumented immigrants. Of course Billboard Music reported on it with pride.

The album titled “American Dreamers: Voices of Hope, Music, and Freedom” was written by the John Daversa Big Band, which features “53 undocumented Americans.” It won three Grammys during last Sunday’s awards show, one for “Best Large Jazz Ensemble,” another for “Best Instrumental Arrangement,” and another for “Best Improvised Jazz Solo.” But of course, the artistic statement has nothing to do with jazz solos, but everything to do with the band’s “dreamers."

Billboard wrote, “At the same time that the arguments over President Trump’s proposed border wall raged on as another U.S. government shutdown deadline loomed, ten of those “Dreamers” were at the Grammys in Los Angeles.”

The Grammy winning album features artists, “whose families came to the U.S. from 17 different countries.” In between songs, one being a remixed arrangement of Led Zeppelin’s “Immigrant Song” and another half English, half Spanish ballad, the dreamers are featured on spoken-word tracks telling “their stories of growing up, and about their life in limbo.”

John Daversa, leader of the eponymous Big Band, mentioned however that it “wasn’t his intention to come out with a bullhorn,” he just wanted to “humanize” these individuals who have complained that “all their life they’ve felt unsupported by the system.” We don’t mean to take on the role of Captain Obvious, but can people who are here illegally really feel cheated by a system they never joined in the first place?

Well either way, Daversa claimed that now they get to taste that sense of validation, especially after prestigious Grammy wins. Winning for them “was one little glimpse of feeling like they were actually supported,” he claimed, adding, “I’m sure now [after the wins] it’s times 100.”

Well that’s so great. And of course Daversa recognized that all this good feeling for his illegal troupe is due to the diversity obsession harbored by the Recording Academy. He claimed to have great “respect and admiration [for] the Recording Academy for what they’ve done with diversity. “I know they’ve put tremendous effort into that and it’s starting to show in full force.”

And just to further drive home the point that this is less about achievement in music than it is about playing progressive politics, Daversa claimed that he would continue to make albums in order to push his immigration agenda. “We hope that this won’t be an issue soon and the Dream Act will be passed,” he told Billboard, adding that “But as long as it is an issue, I think we can do more work. If there needs to be another album, that’s something we can talk about.”