‘Vice’ Director: ‘Orangutan’ Trump ‘Nowhere Near’ as Bad as Bush/Cheney

In a statement that most modern liberals would consider to be blasphemous, “Vice” movie director Adam McKay told the Daily Beast that President Trump has done “nowhere near the damage” to America that Bush and Cheney did. 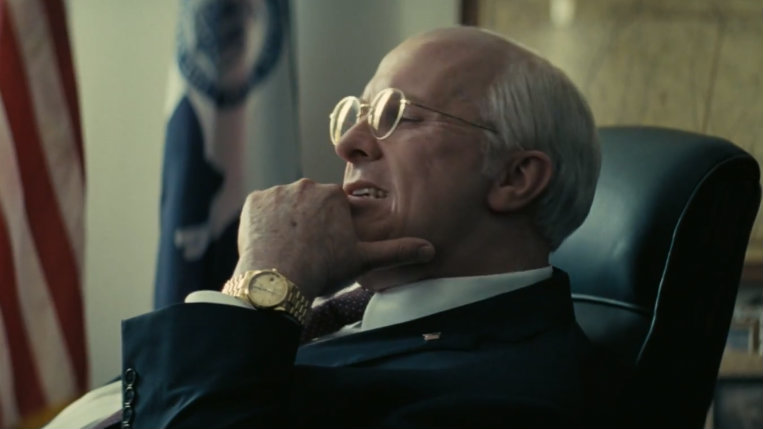 McKay has recently embarked on the awards season campaign with his latest comedy on the power-behind-the Bush-throne, Vice President Dick Cheney. Speaking to The Daily Beast about the inspiration for his controversial film, McKay detailed his long-held preoccupation with the damage caused by George Bush’s administration. His views of both President George W. Bush and Cheney are so acerbic that he talks of reminding colleagues that “they should never be nostalgic for the Bush-Cheney years,” no matter how bad Trump gets.

In McKay’s mind, Trump is merely a bumbling orange brute, while Bush and (mostly) Dick Cheney were essentially Sith-lord like rulers whose conspiring led to “nearly a million people being killed in Iraq.” McKay claimed, “Don’t get me wrong, Trump is dispiriting and upsetting and we’ve essentially shot a drunk orangutan into the office.”

But to be clear, he added, “it’s nowhere near the damage these guys (W. Bush/Cheney) did.”

Much of what prompted this reaction from the director of both Stepbrothers and The Big Short were the many liberals who saw W. Bush’s recent speech at his father’s funeral and reminisced about simpler times. McKay’s reaction was to call those people “crazy.” He recalled Meet The Press host Chuck Todd’s interview with Cheney during the H.W. Bush’s funeral coverage, and lamented the amount of respect given to the former vice president and the lack of any real pushback to his own legacy.

Still, he maintained hope that when it comes time to eulogize Bush and Cheney, that they “will not ‘get a pass’ for the damage they did. If we get our act together, they’ll be called out for nearly a million people killed in Iraq, for clearly, in some cases, war crimes that should have been prosecuted.”

McKay’s obsession with the evils of the regime was apparently so bad that even seeing Bush behaving like a normal human on television reminded him of death and destruction. He told The Daily Beast, “‘When I saw W. Bush dancing on Ellen, that was one of the strangest things.” The interviewer mentioned that McKay “likens it to the scenes from the documentary The Act of Killing in which death-squad leaders in Indonesia reenact their mass killings.”

Clearly, this sounds like the ruminations of an unhinged mind. But then again, that seems to be the problem with most lefties these days, although it is interesting to see that Trump Derangement Syndrome isn’t the cause of all the mayhem.