Civility 101: James Cromwell Says ‘There Will Be Blood’ if Dems Lose Midterms

Upon receiving some accolade for acting or whatever, actor James Cromwell took his opportunity at the podium to promote political civility, and by political civility, we mean threaten that there will be an actual bloodbath should Americans refuse to vote Democrat this November. 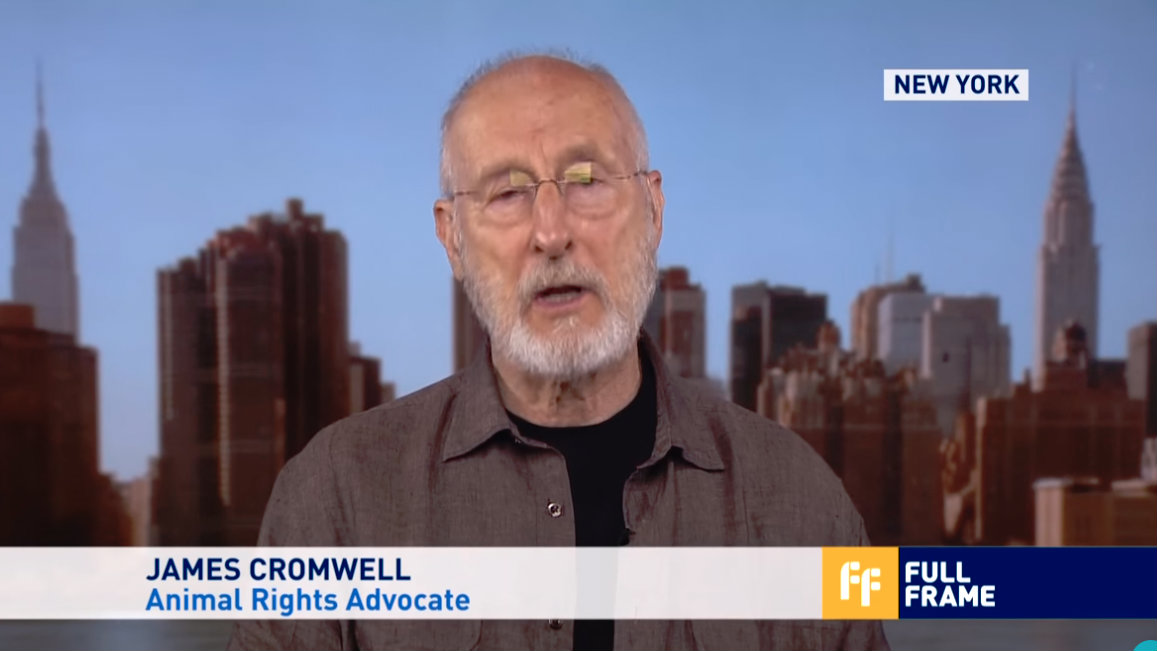 The actor best known for his roles as the one farmer who believed in Babe the pig, and the merciless warden from that Adam Sandler football movie, warned the public that there will be a bloody revolution if the Trump administration is able to continue its agenda of “nascent fascism.” With Hollywood’s constant lamentation about how divisive Trump’s fear-mongering is, Cromwell’s best move was to alert citizens that “There will be blood in the streets.” Really?

Farmer Hoggett, ahem, Cromwell began his evening’s political theme on the red carpet for the Carney awards. He was to be honored with a trophy for his talent as a character actor. Not being able to resist anti-Trump grandstanding (well, by now it’s practically part of the actor’s contract anyway) Cromwell launched into his extreme warning for Republicans who plan on celebrating a political victory in November.

“This is nascent fascism,” he explained to a reporter from Variety. “We always had a turnkey totalitarian state — all we needed was an excuse and all the institutions were in place to turn this into pure fascism.” Whatever that means. But his next words were crystal clear: “If we don’t stop [President Trump] now, we will have a revolution for real. Then there will be blood in the streets.”

So if the Democrats don’t do well in the midterms, there’s going to be rioting, violence in the streets? Sounds like a threat.

He explained more from his Hollywood podium. “We are living in very curious times, and something is coming up which is desperately important to this country and to this planet, and that is an election, in which hopefully in some measure we are going to take back our democracy.” Cromwell continued by saying that either Dems will “cut through the corruption” by winning the house and the senate, or staging “a non-violent revolution or a violent one.”

Heaven forbid that any amount of violence will occur, but really there’s no telling how this kind of liberal craziness will go. At the very least, it sounds like conservatives better gear up for the biggest sore loser display since Hillary's loss.