Men did land on the moon, and social media/search platforms are biased against conservatives. But to lefty Hollywood stars and media pundits, Donald Trump noting the latter is tantamount to conspiracy theories denying the former. The censorship of conservatives by Facebook, Twitter, Google and YouTube has been proven, and is on-going. But the left has always had to deny help from biased media, because its arguments can’t stand on their own without help from information gatekeepers. 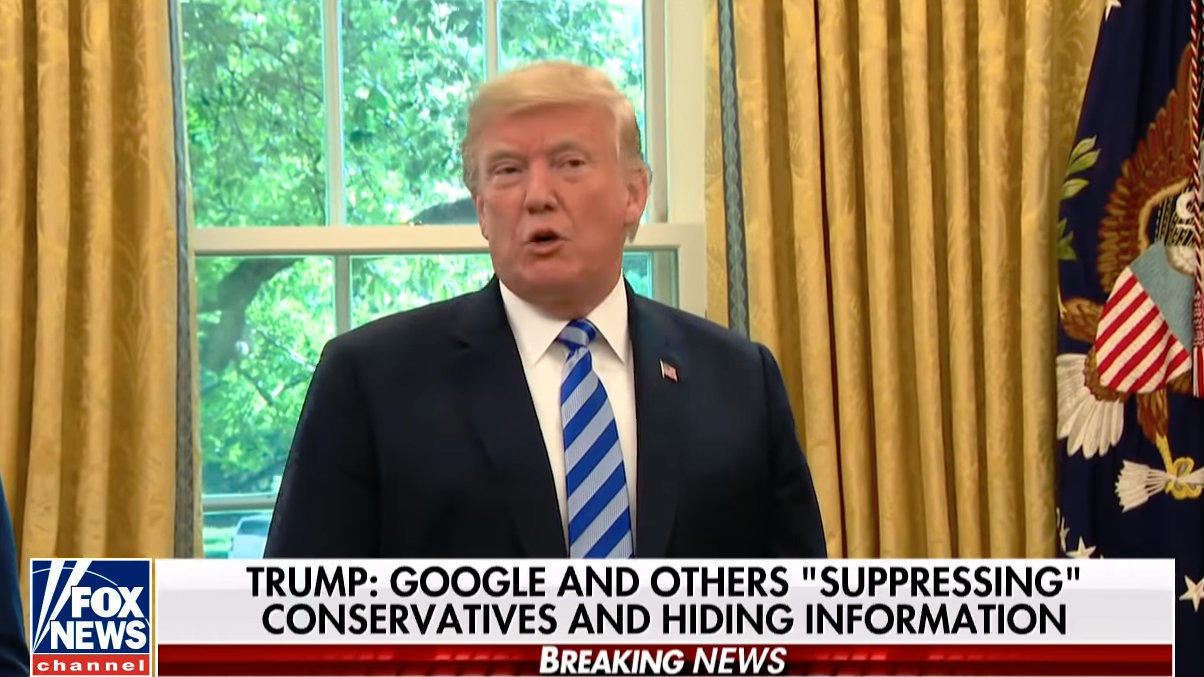 After Trump tweeted that Google may be treading on thin ice, the twitterverse came alive with sneers and mockery from elites.

In an earlier tweet, the author also blasted Trump’s claims that there have been “thousands and thousands” of conservative complaints against big tech. He wrote, “There will be 10 or so, all from nuts.” In yet another one, Kurt stated, “And, conservatives: Your paranoia is funny.”

Washington Post columnist and CNN analyst Josh Rogin likened Trump's censorship rhetoric to authoritarian “political demands.” Rogin wrote, “Trump threatening Google with punishment if they don’t appease his political demands smacks of authoritarianism the likes of which we see from the Chinese government.”

And Obamaite Dan Pfeiffer, co-host of Pod Save America, called the president a conspiracy-peddling lunatic, tweeting, “This is some crazy, grass-knoll, faked moon-landing, Obama isn’t American bullshit coming out of the oval office.” He added, “The president has -- at best -- a tenuous grip on reality.”

Chelsea Handler, as many of these clueless celebs, just went in for the juicy insults. The “comedian” tweeted, “Donald Trump is saying Google has ‘rigged’ searches against him. I think the real story here is that Donald Trump finally figured out how to use Google. #disgrace.”

The always genteel and thoughtful filmmaker, Rob Reiner, declared that “There is nothing more mastabatory than googling yourself at 5:30 in the morning. Unfortunately for this President FOX doesn’t issue a publication with a centerfold.”

Crotchety Ed Asner also got in his one liner. In response to Trump’s tweet, The Up actor wrote, “Googling yourself. It’s nice to see you spend your time so productively.”

And of course, how could anyone forget the poetic stylings of Daily Show creator, Lizz Winstead. The woman crafted quite the zinger, tweeting, “Trump should stop googling ‘incompetent shit spigot.’”

George Takei tweeted out an article on Trump’s claims, and captioned it with, “Wrong again, Donald.” Take it on his authority. After all, he is a sci-fi actor from half a century ago.

Debra Messing also tweeted, “This is crazy,” in response to the Trump team looking into Google’s activities, and Mia Farrow stated, “Trump’s rage tweets about Google reveal a frightening truth about the midterms.” It seems she was implying that the president was going to stoke more fear of “rigging” throughout his base.

All this would be funny coming from the “Trump is Hitler!” crowd, but verifiable social media censorship has the potential to be the biggest threat to free speech in American history. Relegating conservative views to bouts of insanity is a convenient excuse to get them pulled off the internet, and from the public discourse altogether.