Remember the liberal mob’s motto: If the Democratic party loses an election, it’s not them or their message or ideas -- it’s the fault of some nefarious outside force. Predictably, lefty fingers are pointing today at mysterious Russian meddling, or votes earned by the Green Party -- or both. 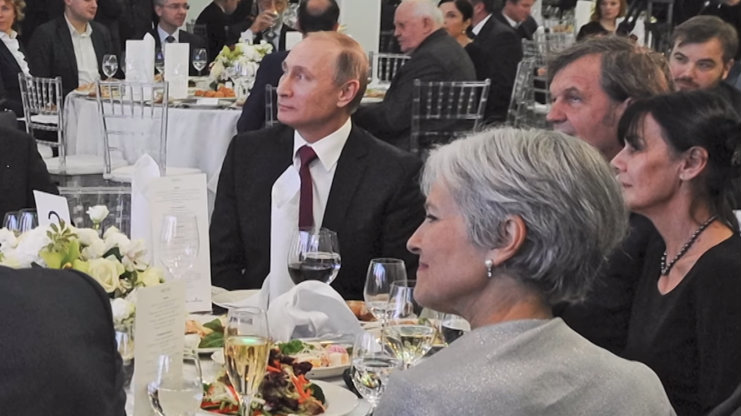 Republicans stayed strong during August 7th’s Ohio 12th District Congressional District race, electing Troy Balderson over Democrat Danny O’Connor. The race was a very close one, with Balderson edging out a one-point win over his rival at the end of Tuesday night’s ballot count.

While some liberals were hopeful that the narrow race was at least indicative of a mounting blue wave appearing just in time for November, some of Hollywood’s more rabid lefties jumped right back in on “The sky is falling!” rhetoric that included earnest accusations that the nefarious Russian cyber super soldiers were back up to their old tricks.

Patricia Arquette unleashed an indignant tweet on the “fact” that Russians did another electoral hit job. She posted, “I am serious. We were hacked by Russia, that is a fact. They targeted voter databases. They have been having secret meetings with Russia as they CONTINUE to hack us. Demand a hand count and outside audit of election machines by @jahlderm.”

Several others including Alyssa Milano and aggressive street clown Billy Eichner cited the percentage of votes gained by the Green Party, seeing that as the act of sabotage that cost Democrats the house seat. Milano argued that these votes constituted the evidence for Russian meddling.

The actress tweeted, “You know what sucks? Because of our unwillingness to pass policy that protects our election integrity, I immediately think that the Green Party votes tonight are Russian meddling. Why else would anyone cast a protest vote in Ohio when there’s so much at stake?”

Billy Eichner was no less hysterical: “Dear Green Party: Can you PLEASE wait to make your symbolic votes at a time when our government isn’t being ruin by white supremacists??? Come @ me I don’t care.” No mention of Russian meddling on Eichner’s part, but I guess not all people can be as woke as some.

Mrs. Doubtfire screenwriter Randi Mayem Singer tweeted, “At this point, I suspect the Green Party is red. As in Russia.”

And watch out for the black helicopters.