Psst. Want to hear a joke? How about the one where Hillary Clinton -- you know, the woman who wasn’t going to “Stand By Her Man” until she did and enabled her husband’s sexual abuse and philandering -- claimed to be a women’s rights advocate? Hilarious, isn’t it? While a joke for sensible people, Hillary has been quite insistent that she stands on the shoulders of the giants of the women’s movement. 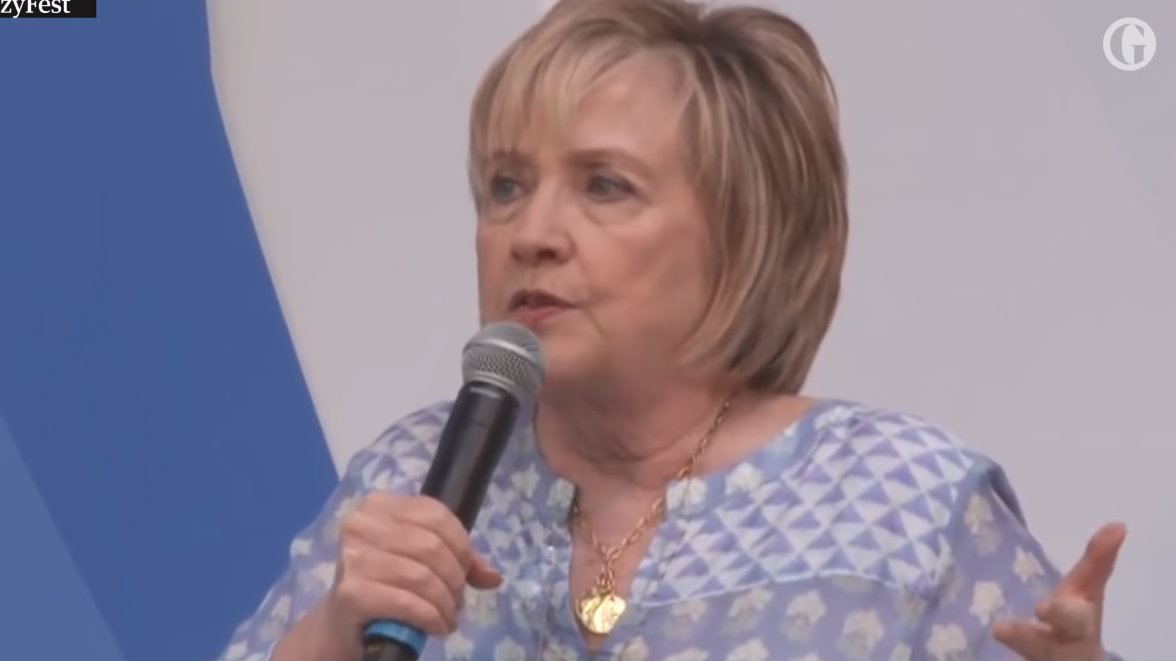 So much so that she took the executive producer’s role in a Steven Spielberg-directed TV documentary about women’s suffrage. Well now that’s it got her watermark, it’s time to consider it a serious thing for women’s rights. If only.

Deadline reported on Wednesday that Steven Spielberg’s Amblin TV had secured the rights to Elaine Weiss’ book, The Woman’s Hour: The Great Fight to Win the Vote. Published in March by Penguin Random House, the book tells the story of the decades long fight by women suffragists to ratify the nineteenth amendment.

Spielberg’s company has been planning to develop the work into a TV drama. And what kind of choice would a Hollywood company make for an executive producer? Well, Hillary Clinton of course.

The Woman’s Hour marks Clinton’s first foray into the entertainment production industry. She’ll be joining the Obamas in lefty Streaming and TV programming, and all the while, good people in America have to suffer. Upon getting the gig, Clinton took to Twitter to let everybody know.

“I’m thrilled to be joining forces with Steven Spielberg to bring @efweiss5’s book ‘The Woman’s Hour’ to TV. It’s about the women who fought for suffrage nearly 100 years ago. We stand on their shoulders, and I’m delighted to have a hand in helping to tell their stories.”

Oh, and that’s not the only time audiences get to see Clinton in a Hollywood role. Apparently, Hillary will be guest starring in the next season of CBS’ Madam Secretary.

Well, we’ll all at least try our best to look excited.

Yes, Hollywood liberals have bought, hook, line, and sinker, that Clinton is the paragon of modern day girl power. Heck, half the country shed actual tears on election night, distraught over the tragedy of a woman losing to an uncouth rich man. The victim reigns as champion, even if there has been evidence that Clinton has covered up sex abuse towards women, been uncharitable to Bill Clinton’s rape victims, and derided white women for voting freely in 2016.

She claimed that we were standing on these women’s shoulders. Well, fine. But Hillary may want to see this production as her first actual contribution to women’s rights. Her previous track record shouldn’t count.