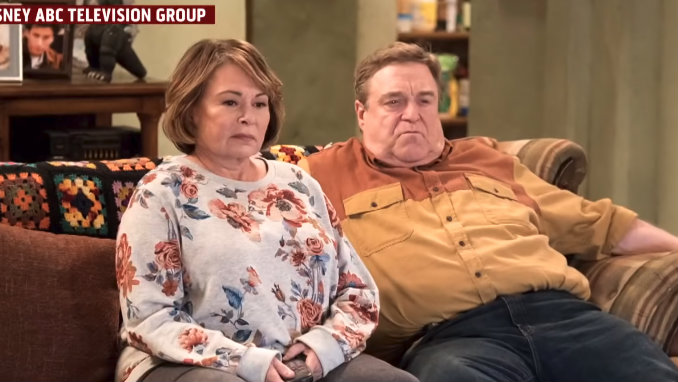 Within hours of her racist remarks towards Valerie Jarrett, Roseanne’s hugely successful sitcom was reduced to a pile of rubble. On Monday, ABC entertainment president Channing Dungey stated, “Roseanne’s Twitter statement is abhorrent, repugnant, and inconsistent with our values, and we have decided to cancel her show.”

Good for ABC. What Barr tweeted was vile, and the network has every right to give her the axe. Still, it’s hard to be consistent with ABC’s values because they appear to be situational. There is no shortage of people at ABC and its sister network ESPN that have said or tweeted hateful, bigoted things. Could it be that this is another example of the heinous double standard against conservatives that the mainstream media has become famous for?

There was plenty of backlash, just not on the part of ABC, who it seems didn’t feel the need to retract offenses to millions of viewers. MRC did, and during our month-long campaign, ABC received some 40,000 calls demanding the public apology she finally, unconvincingly made. Not that the incident was a blip in her stoic character either. In 2007, Behar declared that members of George W. Bush’s administration were all “liars” and “murderers.” Still, unlike Roseanne, she’s comfy at The View’s roundtable and condescending to conservatives.

Behar’s View co-host Whoopi Goldberg has also contributed her fair share of controversial comments and offensive anti-conservative hysteria. Back in 2008, Goldberg asked then-republican candidate John McCain not once, but twice, “Do I have to worry about becoming a slave again?” It’s a safe bet she’s not going anywhere soon.

How can we forget Wanda Sykes, a principal writer on the Roseanne reboot? Sykes was one of the first to denounce Barr on social media, stating that she would have no more to do with the show. But Sykes’ hatred for popular conservatives is just fine. Consider what she said in a standup routine during the 2009 White House Correspondents’ Dinner radio host Rush Limbaugh.

Sykes trashed Limbaugh’s disapproval of the Obama administration. She stated, “To me, that’s treason. He’s not saying anything differently than what Osama bin Laden is saying. You know you might want to look into this sir, [Obama] ‘cause I think maybe Rush Limbaugh was the 20th hijacker, but he was just so strung out on oxycontin he missed his flight.” She continued, wishing Limbaugh harm. “Rush Limbaugh -- ‘I hope the country fails,’ I hope his kidneys fail, how ‘bout that. He needs a good waterboarding, that’s what he needs.”

There’s also the unhinged Keith Olbermann (author of Trump is Fucking Crazy), who has just been hired by ABC sibling ESPN. Olbermann’s Twitter account is a toxic dump of hatred for Trump, his administration and anyone to the right of Bernie Sanders. He has called Trump “a pig” and insinuated that he's a racist: “If the shooter were a person of color and/or a Muslim you’d be heading home calling for the death penalty.” 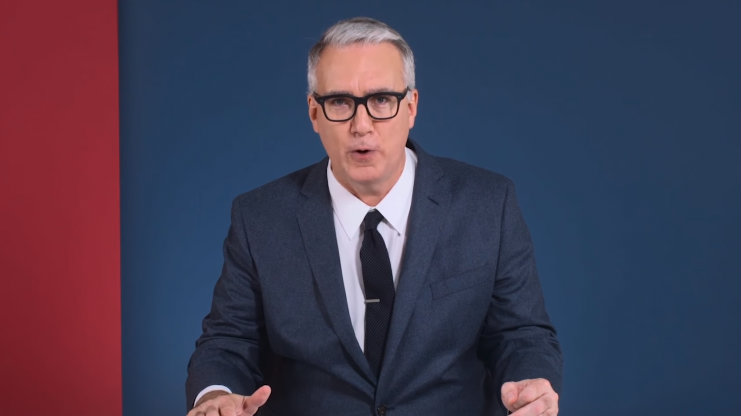 Education Secretary Betsy DeVos made the mistake of wishing Texas well as a hurricane bore down on it. Olbermann’s reply: “The Hurricane is going to do less damage to schools than you are motherfucker.”

Then there’s former ESPN employee Jemele Hill. In response to the Charlottesville incident, the then-Sports Center host tweeted, “Donald Trump is a white supremacist who has largely surrounded himself w/ white supremacists.” Hill was never asked to retract her statement and was never asked to step down for what Sarah Huckabee Sanders described as a “fireable offense.” She was unapologetic and appeared on The View after the fact to stand by her comments.

Another ESPN analyst, Bomani Jones was never punished or told to ease off after his assertions that American sports fans were inherently racist. In an interview with GQ this month, Jones discussed the problems of white supremacy in national sports, namely “white America’s struggle to reconcile its love of sports institutions with its hatred of black people.” But hey, if you’re an African American and disapprove of Trump’s attack on national anthem protests, ESPN’s got your back, even if you’re calling millions of Americans racist.

What Roseanne said was horrible. Canning her show is justified. But the evidence suggests ABC has different standards of decency depending on one’s politics. Rosanne is a Trump supporter (though not a conservative), and her show was the only one on TV that didn’t go out of its way to insult Trump and his voters. Progressives hated the idea that Roseanne could exist on mainstream television. She handed them an excuse to tear it down. Fine. But ABC talking about consistent values is funnier than anything Rosanne ever said.