Twitterverse Breaks its Back to Give Paul Ryan a Bitter Sendoff

On Wednesday morning, House Speaker Paul Ryan announced that he would not be seeking re-election to the House in November. Predictably, the GOP leader’s stepping-down was celebrated by liberals across the Twitterverse. 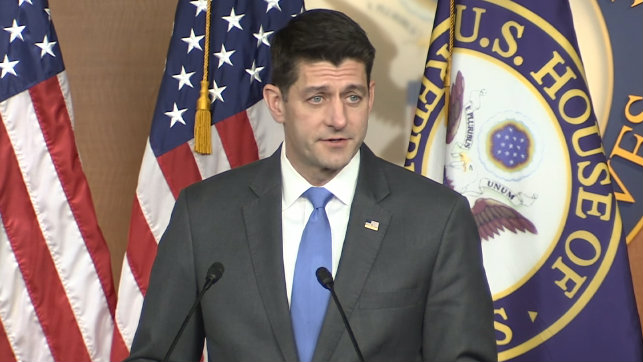 Paul Ryan stated, “Serving as speaker has been a great honor. Now, with all three of my kids in their teens, I am ready to set new priorities, I intend to serve my full term as I was elected to do. But I will be retiring in January, leaving this majority in good hands and with a bright future.”

Liberal media pundits were quick to sound off. Lawrence O’Donnell of MSNBC’s “The Last Word” tweeted that Ryan “will retire as the biggest fake in American politics.” He also posted that the leader’s “cowardly exit” secured his status as the “worst speaker in history.”

Joy Reid of MSNBC’s “AM Joy,” stated that Paul Ryan “will be remembered in history for two things: ramming through a tax cut that served none but the wealthy (like himself) and corporations, and utter cowardice in the face of Donald Trump’s flagrant abrogations of decency and civic norms. There will be no accolades.”

And CNN’s Ana Navarro claimed that the speaker’s legacy as a competent and serious policy maker won’t matter, because “He’ll be remembered as the guy who didn’t stand up to confront Trump over his abuses.”

Hollywood’s liberal crazies couldn’t pass up on the bitterness either. Unabashed conservative hater Rob Reiner tweeted, “Paul Ryan is not running for re-election. He’s running away from the horror that is Donald Trump.” And the perpetually-bitter Rosie O’Donnell posted, “Paul Ryan -- can’t help but talk in soundbites -- ‘that will have had my kids only know me as a weekend dad -- that I can’t do’ that and the treason thing… #ryanSUCKS.”

Screenwriter and TV personality Kumail Nanjiani, sent out an exasperated tweet, saying, “I’ve tried and tried and this is the best I can do: Paul Ryan sucks.” Comedian Michael Ian Black offered his own obscenity-laced farewell, tweeting, “Fuck all the way off, Paul Ryan, and Bon Voyage.” And Ike Barinholtz of Hulu’s “The Mindy Project” offered a similar “Fuck you for your service.”

Josh Gondelman, a comedian and writer for John Oliver’s “Last Week Tonight,” also expressed relief for Ryan’s stepping down, tweeting, “It’s good that Paul Ryan is leaving Congress.” And because there’s nothing more poignant than scatological humor, he added, “but I wish he also had diarrhea.”

Regardless of how divided people have been in regards to Paul Ryan’s policies, the speaker should, at the very least, be proud of his ability to throw the left into an infantile temper tantrum.