Shapiro Aims to Be 'Leading Conservative Voice' on Syndicated Radio 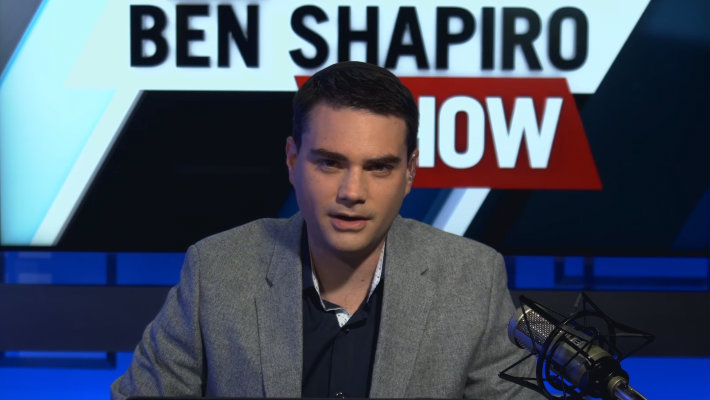 Popular conservative intellectual Ben Shapiro is making the switch from podcast to conservative talk radio next month. A leading voice for the younger generation of conservatives, he hopes the transition will allow him to become a fixture for all conservative listeners.

Politico reported Thursday that Shapiro will air his first official radio program on April 2. Called The Ben Shapiro Show, it will be syndicated by audio broadcast network Westwood One. A one-hour program, the production will premiere in all major markets, including New York, Washington, and Los Angeles.

The 34-year-old Shapiro sees this as the next step in a career that already has gained massive social media support. He boasts 1.27 million Twitter followers, and, on average, his podcast is downloaded 15 million times a month. The momentum he has gained as a rising star in the young conservative movement, including as The Daily Wire’s editor-in-chief, makes this an opportune time for him to step into a larger arena – one dominated by Rush Limbaugh and Sean Hannity.

Still, he says he doesn’t want to directly compete with the conservative radio giants, but hopes that the move to radio will expand his listening demographic.

“If I’m known as the up-and-coming young conservative, at a certain point I’m going to age out of that, right?” he asked. “Being in a place where I’m seen as a leading voice for conservatism generally, not just for young conservatives is something I’d certainly like.”

Shapiro’s lectures against liberal college culture, and the progressive orthodoxy that threatens young minds, have sparked a younger conservative movement, however Ben wants to bridge the gap between the conservative beliefs of the younger and older generations. He sees it as something that needs to be narrowed so that conservatives can be more unified against the onslaught of the left.

“I’m hoping that it [The Ben Shapiro Show] actually has a marked impact on how conservatives think across the country,” he said, “because there is a pretty large gap right now between young conservatives and older conservatives on issues up to and including the administration.” Politico noted that President Trump is more popular with the older generation, while “younger conservatives have a more libertarian bent.”

The Shapiro Show will air at 5 PM on WABC in New York, and at 9 PM on KABC in LA, WLS in Chicago, and WMAL in Washington.