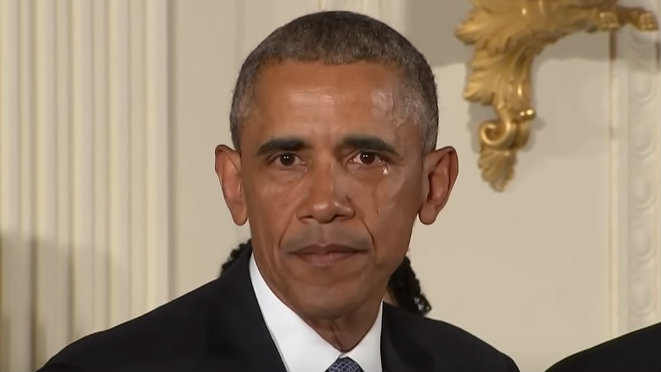 The latest progressive push for gun control has the all-important stamp of approval from the Obamas. Both Barack and Michelle penned a personal letter to the children-turned-activists of Marjory Stoneman Douglas High School, according to Rolling Stone.

The former president and former first lady co-wrote the letter to Emma Gonzales, David Hogg, and the rest of the young faces for gun control. Rolling Stone gushed that the message was “heartfelt” and published a photo of the hand-written page like it was a holy relic.

The former first family recognized the “resilience, resolve and solidarity that you have shown in the wake of unspeakable tragedy.” They wrote, “Not only have you supported and comforted each other, you have awakened the conscience of the nation and challenged decision-makers to make the safety of our children the country’s top priority.”

Obama knows the gun control issue well. He had a prefabricated faceless villain in the NRA. He had sold his candidacy on “fundamentally changing” America. But the best he ever managed was occasionally shed tears in front of the nation and reprimanding the American people because we couldn’t get “common sense gun laws” passed -- even though Democrats controlled both houses of Congress and Americans were reeling from the Sandy Hook massacre. He ended up talking dreamily of complete gun confiscation on the Australian model, rhetoric sure to make Second Amendment defenders dig in their heels. Every time he spoke about guns, gun sales soared.

Rolling Stone doesn’t mention all that, of course. It’s satisfied with more words, a gesture.

It really puts the “All talk, no action” politician theme into perspective, doesn’t it? Obama had previously tweeted to the Parkland kids: “We've been waiting for you. And we've got your backs.” Sounds like more of that “leading from behind” Obama did so much of.