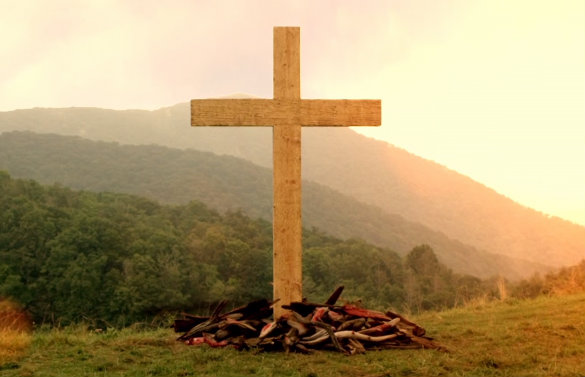 Progressives, ever-ready to congratulate themselves on their “curiosity, creativity, and open-mindedness,” are curiously quick to grasp at psychological and medical diagnoses to explain the existence of opinions they don’t share.

Just recently, Slate told us that conservative gun users are sexually repressed and lacking empathy. Not to be outdone, the unhinged lefty site Alternet Friday published an article asserting that there is scientific evidence linking religious fundamentalists and conservatives to brain damage.(It came too late to help Joy Behar, who finally apologized on Thursday for calling Mike Pence and other believing Christians mentally ill.)

Alternet’s Bobby Azarian brought it to the internet’s attention that “religious fundamentalism is, in part, the result of a functional impairment in a brain region known as the prefrontal cortex.” Apparently, this finding was published by the medical journal Neuropsychologia.

According to the journal, “damage to particular areas of the prefrontal cortex indirectly promotes religious fundamentalism by diminishing cognitive flexibility and openness -- a psychology term that describes a personality trait which involves dimensions like curiosity, creativity, and open-mindedness.”

How this so-called study came about was through the observation of returned Vietnam veterans who sustained head injuries overseas. Researcher Dr. Grafman (Northwestern University) and his team estimated that levels of openness or dogmatic rigidity (emblematic of fundamentalists) would be affected by damage or lack thereof in parts of their patients’ prefrontal cortexes.

He hypothesized that participants with the damage “would score low on measures of cognitive flexibility and trait openness and high on measures of religious fundamentalism.” Apparently the experiment revealed that the men with the prefrontal cortex lesions had higher fundamentalism, or behind-the-times syndrome. Essentially their brain damage made them more susceptible to belief in God and the like.

Azarian writes that “the findings are important because they suggest that impaired functioning in the prefrontal cortex -- whether from brain trauma, a psychological disorder, a drug or alcohol addiction, or simply a particular genetic profile -- can make an individual susceptible to religious fundamentalism.” Although, the writer admits that these factors only can be attributable to one-fifth of the population, he asserts that this connection between non-progressive religious people and brain trauma is telling, and needs to be studied more. It may begin to explain why America’s religious whack jobs are the way they are.

Azarian seems hopeful that Dr. Grafman’s research could allow doctors to “somehow inoculate against rigid or radical belief systems through various kinds of mental and cognitive exercises.” Of course that’s the goal. Leave it to a progressive to come up with ways of medicating speech he disagrees with.