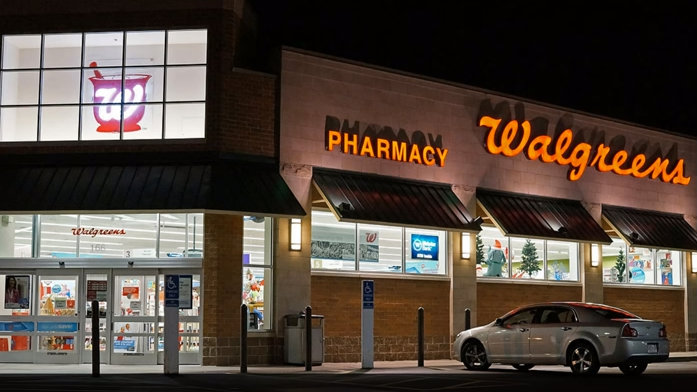 On Tuesday, ThinkProgress reported that Walgreens had just released a chain-wide policy of allowing all customers to use the bathroom of their choice, or “restroom facilities that correspond to the individual’s gender identity, regardless of the individual's sex assigned at birth.”

The store did so in order to avoid potential hurt feelings, or discrimination that any poor unfortunate souls might experience on account of “sex, sexual orientation, gender identity, or gender expression.” OK, that about covers it, right?

Not quite. In order to keep its social justice street cred burnished and to avoid any haranguing by the ACLU, the pharmacy/convenience store chain promulgated “Gender Guidelines for the Workplace.” Essentially, this consists of sensitivity training that will keep employees on their toes in the event of “unorthodox” situations.

Among other reasons, Walgreens has to keep up its perfect score on the Human Rights Campaign’s Corporate Equality Index. Back in 2016, the store launched a resource guide for 70,000 of its healthcare professionals, so that the the company’s culture could become more inclusive. There’s been one slip up though, where the company outsourced some of its clinics to a Catholic hospital group in Oregon and Washington. This spiked the heart rates of lefties nationwide, concerned that “the change would result in women and LGBTQ people being denied care.”

“Care?” If a Catholic hospital refuses to treat a woman or trans person for a cold or a broken bone, it doesn’t deserve to be called a hospital. But the left is really concerned about abortions and hormone treatments -- not actual health care.

What initiated Tuesday’s change in Walgreens’ bathroom policy was the mistreatment of a transgender woman in 2016. ThinkProgress editor Zack Ford reported that the “chain-wide policy follows an incident last summer when a woman was denied access to the women’s room at a Los Angeles store.” One of the employees insisted that, because she “looked like a man,” she was required to use the men’s restroom.

In reality the woman was born a man, and considered herself transgender. Amazingly, the “woman,” Jesse Meehan, who was on the way to a pride rally when nature serendipitously called, was “humiliated and upset” by the encounter. Upon arriving at the pride rally, Jesse implored Southern California’s ACLU representatives to admonish Walgreens for the injustice. A settlement was arranged, and the new bathroom policy and genderqueer field guide has gone into effect in 8,000 stores since.

At the end of his report, Ford posted a correction saying that his current write up had been edited, because it originally labeled Jesse as a transwoman. In other words, ThinkProgress was originally correct, but for the sake of appeasing the PC gods, it changed it to “woman.” That should speak for itself, because initially, it was all too confusing.