In a move that was strange and downright infuriating to many liberals, Bill Nye the Science Guy attended the State of The Union Address as a guest of Republican Congressman, Jim Bridenstine of Oklahoma. Many on the left consider Nye, a climate change evangelist and general liberal activist, to have betrayed his values by attending the event with the Trump-backed congressman.

Congressman Bridenstine is seen on the left as a controversial figure for his more conservative opinions on climate change and being Trump’s pick for the new NASA director. Essentially, he fits right in there with the crazy science deniers in Washington. Bridenstine has faced an uphill battle to become NASA’s director, complete with what OUDaily.com called “tough questioning in confirmation hearings over global warming, his managing abilities, and his political background in a scientific position.

However Bridenstine recently revealed that he had shifted his stance on climate change, claiming that he believed humans have an impact on global warming. Still, many critics were quick to point out that he avoided blaming humans for the vast majority of climate change. This is apostasy.

Apparently Nye felt that Bridenstine recanted enough of his heresy and decided to back him. The “Science” guy recently stated, “He’s changed his mind, and in science that’s generally a good thing. I am hopeful that others will see the wisdom in the Congressman’s evolving view and follow suit.” He tweeted that he was very excited to receive the invitation. 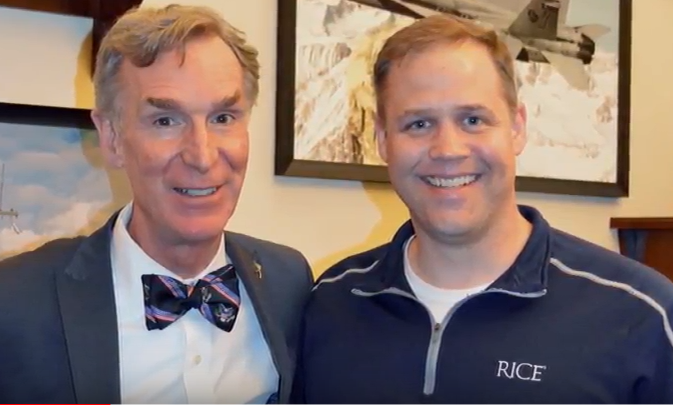 Yet many of his rabid fans, and other climate change zealots have seen this as an utter betrayal. A petition has already been signed by 28,000 people to keep Bill Nye away from the President’s Address. Part of it demands, “Bill, please be the Science Guy, not the Bigoted Climate Denial Guy. Cancel your plans to attend Trump’s State of the Union as Rep. Bridenstine’s guest.”

Many fans have taken to twitter to bash the celebrity science enthusiast’s decision. In response, Bill Nye gave a mature and honest statement, claiming that though they “disagree on a great many issues -we share a deep respect for NASA and its achievements.”

He went on to say that in no way he endorses the Trump administration. But it’s a step, and it shows yet again the ‘tolerance” of progressives.