Never interrupt a liberal when he’s being superior in public – especially not if you’re going to bring your sky god into it. That is the takeaway from a recent article on (where else?) Salon. 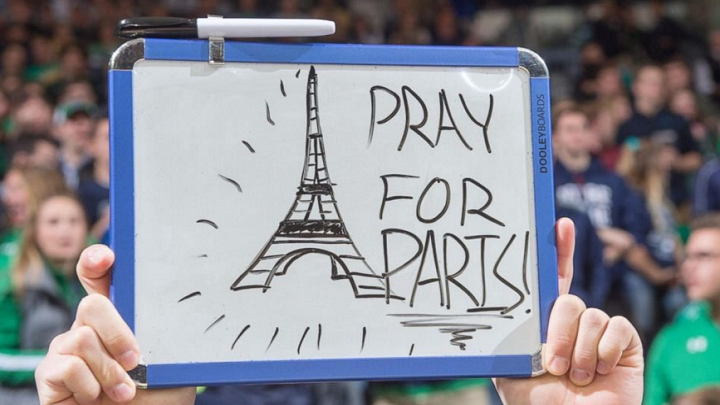 In light of the terror attacks in France, #PrayForParis was one of the many ways people on social media responded to the events to show their support. Seems perfectly fine right? Not to Salon. You see, all the shock and horror caused by Paris shouldn’t be soiled by anything so tacky as prayer.

“Prayer isn't something you force on someone else without their request — nor should it be a public spectacle,” according Salon’s liberals, who habitually make a public spectacle of everything from sexual deviance to spasms of second-hand historical guilt. Thus, #PrayForParis is an inappropriate emotional response.

But don’t worry, other hashtags are still ok. Especially the ones that present abstract and utterly useless statements and demands. Salon writer Mary Elizabeth Williams shared:

Despite the devastating amount of practice we have with public tragedy, there’s no one correct way to respond to a fatal natural disaster or a senseless act of mass violence. If saying “Je suis Charlie” or “Bring back our girls” offers a sense of cohesion and solidarity to some, that’s fine. In the best version of itself, social media makes us feel less alone in our moments of fear and pain. It unites us in the family of humankind. But just understand that there’s a difference between the people who were using the #PorteOuverte hashtag on Friday to help their neighbors find shelter in a chaotic situation and making a public display whose tangible benefits are harder to pin down.

Williams also added, “… I don’t need Facebook to tell me how to color my feelings about terrorism, or promote them to my friends. I likewise find myself uncomfortable when someone helpfully offers to pray for a person or group who might strongly prefer to not be prayed for.

So prayer or offering prayers is somehow less useful than scolding terrorists (who by definition care only for their own ends) to cave to your righteous demands or to preen about #JeSuisCharlie, provided you don’t have to do anything that might leave you as dead as the actual Charlies.

In the end, prayer is unacceptable because it isn’t moral grandstanding, but the opposite. It’s a supplication to something superior, not an illustration of your own superiority. Liberals can’t conceive of anything greater than themselves (except maybe a large group of liberals joined together to form a government), and hate the idea that others can.

Thankfully, outside of hard-left swamps like Salon, most people feel differently. Back in 2013 after the Boston Marathon bombings, #prayforboston trended so rapidly ABC reported:

And in 2014 Facebook and Twitter users changed profile pictures to support Christianity in the Middle East. “Thousands have uploaded the Arabic letter 'N' to their social media profiles over recent days. Short for ‘Nasrani' - the Arabic word for Christian - the online campaign has sprung up as a show of solidarity with Christians in war-torn Iraq.” Express reported. That is more along the “expression of solidarity” lines liberals find acceptable. Still, how many Salon employees added the “Nasrani” symbol to their avatars? 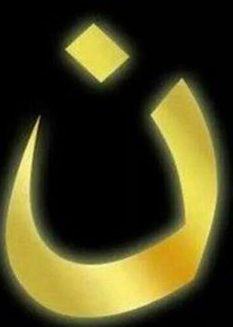 Williams generously allows that you can still pray, just don’t let the world know you’re praying because that is totally imposing your religion on the unwilling. In the meantime, she’ll get back to celebrating a society that plasters #ShoutYourAbortion on the front page of major news outlets and saluting those who change their profile picture to red equal signs in support of gay marriage.

Newsflash though, regardless of how #PrayForParis makes you feel, here in America we have a little thing called the first amendment, you know freedom of speech and religion. But leave it to liberals to berate and smear people for showing support and sympathy for their fellow man in times of tragedy. And they call Christians coldhearted and insensitive …