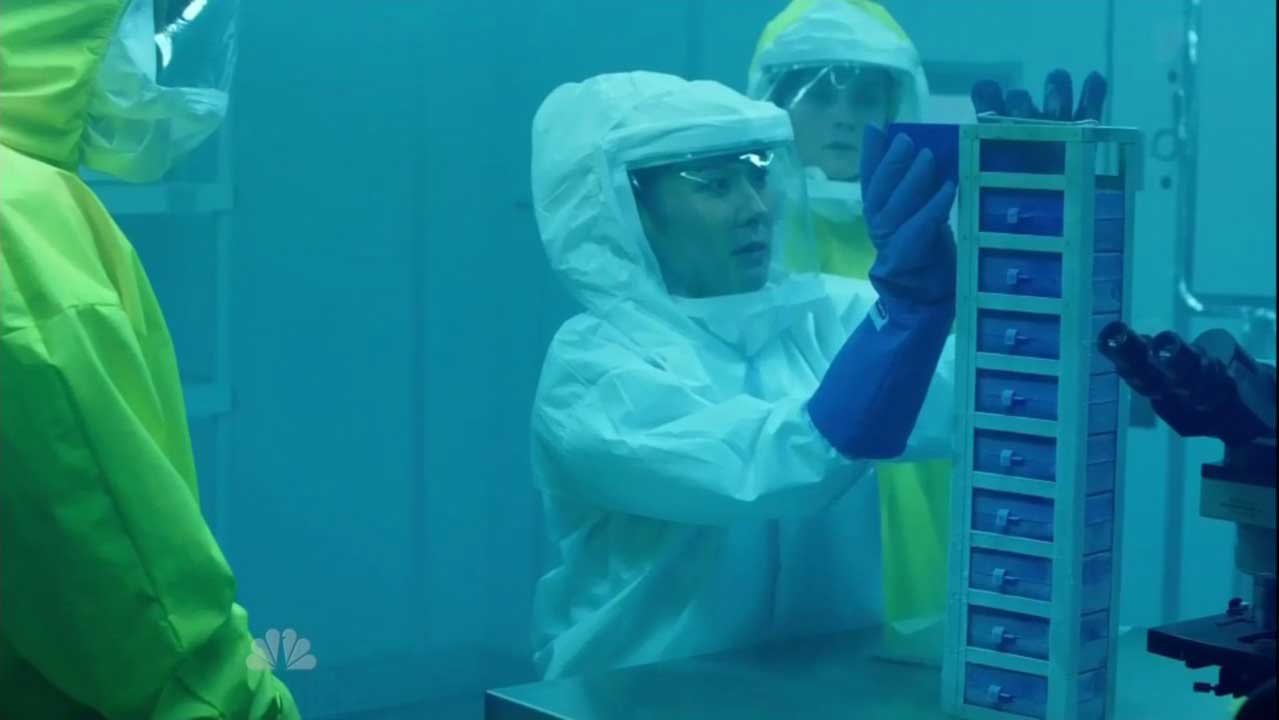 On the latest episode of Blindspot, the protagonists find out that every major disease outbreak of the past half-decade has been the result of an intentional security breakdown at the CDC. Ebola, SARS, MRSA, Typhoid fever: they were all delivered directly from a secret CDC lab to infect innocent populations around the world.

For once, however, the culprit isn’t some heinous government plot. Instead, the villains of the episode “Bone May Rot” are ardent environmentalists convinced they are saving the planet from the human scourge that has infested it. Mass death now is necessary to offset the evils of “modern medicine” and the plague of “overpopulation,” Dr. Frank Surrey (Paul Fitzgerald) explains.

Surrey: Rebecca and I spent our entire lives studying viruses. Do you know what the greatest threat to mankind is? Modern medicine.

Surrey: We create all these vaccines, antibiotics, Cures for diseases that should never be cured. This planet was not designed to support 8 billion people.

Weller: You're a doctor. You work for the CDC. Your job is to save lives.

Surrey: No, my job is to save the human race. If we do nothing, our destruction is guaranteed.

Weller: That is insane.

Surrey: No, it’s already spiraling out of control. In your lifetime, we're gonna see famine, drought, poverty, on an unimaginable scale. Somebody's got to have the courage to do what has to be done to save the human species.

Weller: Walter found out, didn't he? And that's why you killed him.

Surrey: All these diseases that we're trying so desperately to find a cure for are actually the last-ditch effort of a dying planet trying to save itself, trying to wipe out the thing that is actually destroying it: Us.

The fictional Dr. Surrey sounds a lot like the real Dr. Paul R Ehrlich, a Stanford University biologist and author of the 60’s horror story, The Population Bomb. In 1970, Ehrlich gave humanity 15 years to live. Thirty years after that deadline, we’re still here and the planet’s population has doubled, but Ehrlich remains resolute, unmoved by the colossal inaccuracy of his predictions. I guess we’re lucky he didn’t have access to a secret CDC vault of infectious disease samples.