Seattle Seahawk Richard Sherman is finding that out right now. In an interview with ESPN’s The Undefeated, Sherman expressed the sentiment that “All Lives Matter.” This did not sit well with the Huffington Post: 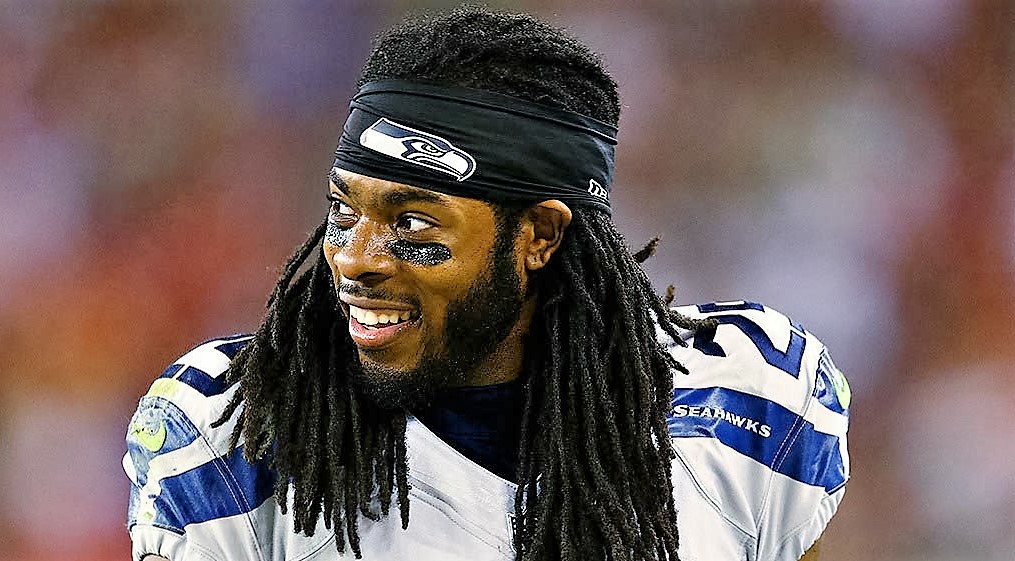 “Richard Sherman is one of the most intelligent and eloquent athletes in professional sports today. He has smart things to say about the NCAA and poverty and issues of police brutality ― not to mention football.

Which is what makes it so odd that he continues to stand by his use of the phrase “All Lives Matter.” In an interview with ESPN’s The Undefeated published Tuesday, the Seattle Seahawks cornerback spouted and then defended his continued use of the three highly politicized words.

“I stand by what I said: that All Lives Matter and that we are human beings [first and foremost],” the former Stanford Cardinal said.

Sherman was referencing comments he made last year, when he first uttered the phrase during a press conference. “I think a person saying that we should celebrate our humanity and that all lives matter, if that turns off an advertiser or turns off a company, then more power to you,” he said in September.

The thing is, Sherman repeatedly uttering the phrase “All Lives Matter” would be fine in a vacuum. After all, all lives do matter. But we don’t live in a vacuum. We live in the U.S. in 2016 ― a world in which black men and women are systematically mistreated by the police and the phrase “All Lives Matter” is put forth as a way to belittle attempts to correct that mistreatment.”

Second, if in the year 2016, the mere observation that all lives matter, 'belittles' your movement, then your movement is operating at a morality level somewhere beneath whale excrement. Just as any religion not based on love is false, any movement that follows the phrase ‘all lives matter’ with a ‘but’ or ‘however,’ is a hate movement based on vengeful bloodlust. And is consequently not worth preserving, and not worth listening to.

The idea also presupposes that every cop who shoots a black person is white. Completely untrue. Black police officers are, in fact, over 3 times more likely to discharge their weapons at the scene of a crime than white officers. Which, of course, allows for plenty of examples of black cops shooting/killing black civilians. We don’t hear about those, because the only time a black life really matters to BLM is when that life is taken by a white cop.

Which also happens to annihilate the notion that BLM truly cares about black lives. Since a black life is infinitely more likely to be taken by another black life, police or otherwise. And you would think that an organization called ‘Black Lives Matter,’ would…you know… care about that.

The article wraps up thusly:

“Sherman siding with “All Lives Matter” also ignores the lengths to which the “Black Lives Matter” movement has gone to prove the hearts of its followers are in the right place. Last September, the Black Lives Matter movement posted a message on Facebook attempting to unambiguously refute the idea that it was a pro-violence movement. “We’re targeting the brutal system of policing, not individual police,” the statement read in part. “The Black Lives Matter Network is a love group. We seek a world in which ALL black lives matter, and racial hierarchy no longer organizes our lives or yours. This is a vision of love.”

Unfortunately, the actions of a few men with guns have convince many people ― Sherman included ― that the self-professed “love group” is not always that. This is the difficulty of pushing forward as a minority-focused political movement in the U.S. today. As my colleague Lilly Workneh wrote earlier this month:

Public mass shootings in this country are overwhelmingly committed by white men, and yet, have you ever heard someone blame the entire white race for one white person’s crimes?

Sherman told The Undefeated that he believes “race was created.” True, but now that it exists, it’s important to consider the necessary context in which it does: And, in the United States of America, in 2016, the necessary context is that when someone says “All Lives Matter,” they really aren’t saying all lives matter anymore. In reality, they’re implying something much more hateful than that.

What also makes it hard for a minority-focused 'love group,' is when that movement shouts for the police to be fried up like bacon, and, when that love movement enacts racial segregation against reporters.

But hey, 'their hearts are in the right place.'