NBC’s Heartbeat is a show that deals with conflict. A main character, who is a female, runs around acting like a man. An ex-husband of the main character, who is so incredibly over the idea of getting back together with his former wife, becomes gay. And on Wednesday night’s episode, titled ‘Permanent Glitter,’ a man who is convinced he’s a woman defies his genetic gender, in order to continue taking hormones that he thinks make him a woman.

Got all that? Good.

Check out the video of this week’s episode. All of you I Am Cait watchers might recognize the trans man in this scene:

- Hi, I’m Dr. Pantierre. I know you.
- I work at the Waiting Room part time.
- Right. - You put down "Dance teacher."
- Was. When it gets slow, Brian lets me wait tables.
- You didn't finish filling out the form. Here, sorry. Hospital rules.
- The part where it asks male or female?
- Your form needs more boxes.
- Ah.
- I was assigned male at birth, but I've always identified female. I take hormones and I'm in transition.
- Cool.
- Which pronouns do you prefer?
- "She" and "Her." Thanks for asking.
- Of course. Okay, where does it hurt?
- It's just along my ribs here.
- Okay. Excuse me. There's some contusions. I'm gonna press lightly along your ribs. Okay? See if there's a fracture. Let me know if there's any sharp pain.
- The whole area is just sore.
- What's this?
- That's my right breast.
- No, the hard tissue. I want to do a fine needle aspiration and some imaging studies to be sure. It might be nothing, maybe just fibrous tissue, but let's not take any chances. Ji-sung will schedule the appointments, and once we get your results, we'll take it from there.

Yep. It’s Candis from I Am Cait. Now that we have that out of the way, what the heck, right? Need more boxes? I could have sworn when someone asked you to check a box for male or female, they were asking you for what you scientifically are. Not what you “identify” as.

Moving right along, it turns out that Candis actually has cancer and it’s pretty progressed. But that’s not all:

-You’re patient’s in trouble. We used your new 3D breast tomography-- Great images, by the way. She's got a suspicious lesion on the other breast that the digital mammogram missed. I biopsied both sides, and they both came back with invasive ductal carcinoma. Poorly differentiated.
- Her genetic testing shows she has a BRCA gene mutation.
- She's genetically male, and the BRCA 1 and 2 gene in men increases the risk of breast cancer. I'm gonna recommend a bilateral mastectomy.
- Yeah, of course. - Because of the aggressive nature of the disease and the tumor size.
- I'll talk to her.
- You want me to do it?
- She's my patient, thank you.

So, regardless of how Candis “identifies,” as the good doctor says, she’s a “genetic male.” In fact, it’s his status as a genetic male that is largely responsible for his cancer. 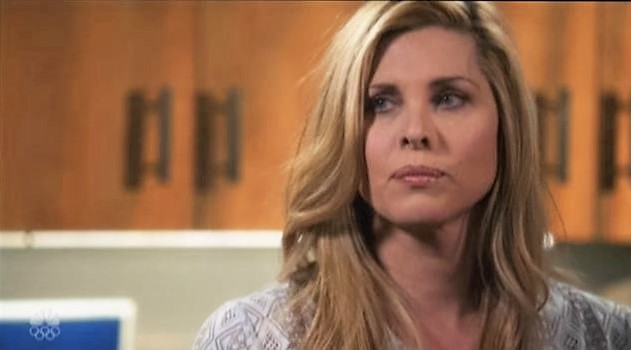 This is interesting, because in the previous scene, Candis tells the assembled group of doctors that his hormone treatments are putting right, what nature got wrong.

Except the hormones aren’t putting anything “right.” Yes, you may be able to have natural looking breasts, soft skin, and a few additional curves. But nature’s verdict over Candis’ biological gender, is final. Because there was no mistake made. His status as a man is a fact. Regardless of how much he hates it.

And as Ben Shapiro would say, “Facts don’t care about your feelings.”