E! Channel’s ‘I Am Cait’: Christians Hate Us and Ted Cruz is Awful

The first transgender kiss in the history of I Am Cait went down on Sunday night’s show, titled ‘Houston We Have a Problem.’ And…it was every bit as awful as you would expect. I’m sorry, but I believe I’m contractually obligated to show it to you:

Kip: No one has ever challenged Caitlyn Jenner to anything that she hasn't stepped up to the plate.
Caitlyn: What?
Courtney: Ooh. Oh. Oh.
Kip: Yes! Yes!
Courtney: Oh, my God!
Ella: (Bleep) I have to sing!
Candis: Look it, they're all, like, huddling.
Courtney: That was not the kind of kiss I was expecting!

I’ll give you a minute to gather yourselves after that. Okay, moving right long. 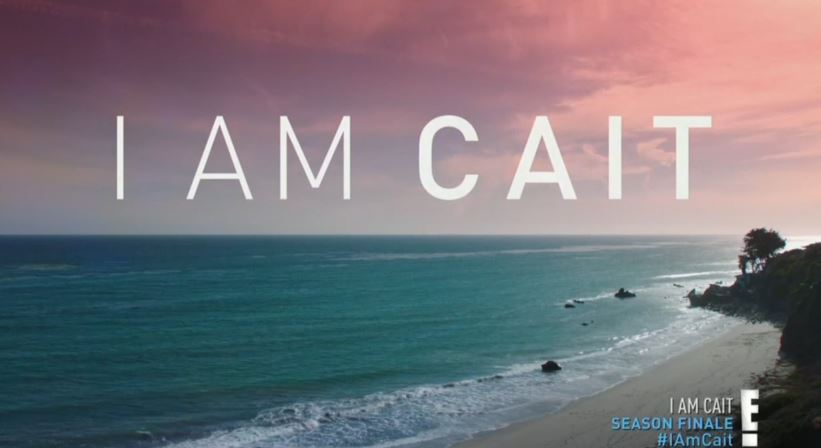 However, shockingly, Trans tongue wrestling was not the main point of this show. The main point was to attack Christians and Ted Cruz:

Jenny: There is a movement among some conservatives against LGBT people, and of late, trans people in particular. I'm thinking of the Houston thing, for instance. In Houston, an act called "The HERO Act," which guaranteed equality not just for LGBT people, but for all people, was in fact, repealed. There was a campaign for the repeal of "The HERO Act" that was run by a group of ministers and it was run, um, largely by conservative Republicans. The tactic that was used against our community was the threat that there would be sick men preying upon our children in restrooms.

Woman: Any man at anytime could enter a woman's bathroom simply by claiming to be a woman that day. No one is exempt. Even registered sex offenders. Protect women's privacy, prevent danger, vote no on the Proposition 1 bathroom ordinance. It goes too far.

Jenny: It was shocking. It was a lie, and it happened to work.

It happened to work, because it was anything but a lie. The idea that sex offenders would use the bat-excrement crazy ideas of radical leftists, which would allow biological men to legally enter women’s bathrooms, is not just not insane, it’s happened. As it did here, and in other places.

Of course, the mere mention of this would illicit massive eye-rolling amongst the Rainbow crowd, who would be quick to call this an isolated incident, and not cause for sweeping legislation. Or, additional laws.

The clown show ended with Jenner, and his E! Channel-furnished friends, visiting some of the pastors that were part of the group that defeated the HERO ordinance in Houston:

Candis: There is gonna be a buzz tonight among the congregation.
Caitlyn: Yeah, everybody was very nice.
Chandi: They'll remember.
Jenny: I thought that was interesting that in spite of the church's very anti-trans message...
Caitlyn: I know, I know, but the people are...
Jenny: Many, many people...
Caitlyn: But see...
Jenny: ...Wanted pictures of you, particularly people under the age of 13.
Kate: We went to two church services, and the most lively, loving, cheering, happy response was when the parishioners saw that Caitlyn Jenner was in the house. And it was all worth it for the four-minute conversation that Caitlyn had with the Reverend (bleep). Caitlyn said to him, "I need you to know that your comments on that video are highly offensive to me and to all trans people." And no one has said that to his face before then.
Chandi: But will they accept us? Who knows?
Candis: But-but by us...
Chandi: That's yet to be determined.
Candis: But by us going to the church tonight, all of those people are gonna have seen us there...
Caitlyn: Yeah.
Candis: ...And thought, "Hey, they're not that bad."
Chandi: They're not that bad.
Candis: So maybe we change one congregation at a time, instead of one soul at a time.

Very few other examples will more fully illustrate the ignorance of so many on the left when it comes to Christianity. The people who so warmly welcomed Jenner and his group would have warmly welcomed anyone with any group. Because that’s what Christians do. Bruce Jenner didn’t “change” the congregation.

How changed could the congregation have been? Considering the film crew wasn’t allowed to shoot in the church. Nor, did they allow the Pastor’s name to be used. In fact, the Pastor in question, Ed Young, posted several nice comments and a pic on Instagram talking about the visit.

Meanwhile, despite the loving and magnanimous words from the Pastor and his family, Kate Bornstein, one of Jenner’s traveling transgenders, thought the best moment was Jenner telling Young how offensive he was to Trans people.

So, if anyone’s true colors were exposed here. It was the LGBT crowd.

But as far as this idea that, “Oh, well we showed up and those Christians in Houston got to see who real trans people are, and they saw that we’re not that bad?”

Houston is home to one of the largest LGBT communities in the country. Our Mayor (I live in Houston too) at the time, who proposed the HERO ordinance, was an out-of-the-closet lesbian. The people who reject transgender bathroom laws in Houston don’t do so from a position of ignorance of the LGBT community.

Houston is also an extremely liberal city. The people who voted against the HERO ordinance, were the same people who knowingly elected the lesbian mayor. So, by rejecting HERO, they didn’t reject LGBT people. What they rejected was one of the worst ideas in the history of history.