Bob Costas Says Football Is the Problem with Football

Bob Costas thinks that football has a bigger problem than any supposed “war on football,” or any behavior/disciplinary issues off the field. He thinks the problem is the game itself.

Speaking on a Fox Sports Radio broadcast with Jason Whitlock, Costas rejected the idea that there’s a war on football, and then, well, declared war on football.

“In spite of all the game’s appeal and all the virtues of the game,” said Costas, the host of NBC’s Football Night in America, “common sense and evidence lead me to the conclusion that football has an existential problem, a fundamental problem with the very nature of the game.

“During all the controversies of the last couple of years, whether it was Deflategate or the bullying scandal in Miami, Bountygate in New Orleans, domestic violence or whatever it might be, you always heard people in the media and some football people say, ‘We hope to get our focus back on the field.’ But it’s when you get to the field, you find football’s single most significant and ongoing problem, because that’s the very nature of the game itself.”

Specifically, Costas was referring to an op-ed in the New York Times written by Bennett Omalu, the doctor who first diagnosed CTE in 2002. In that op-ed Omalu called for the banning of football for all children up to the age of 18. 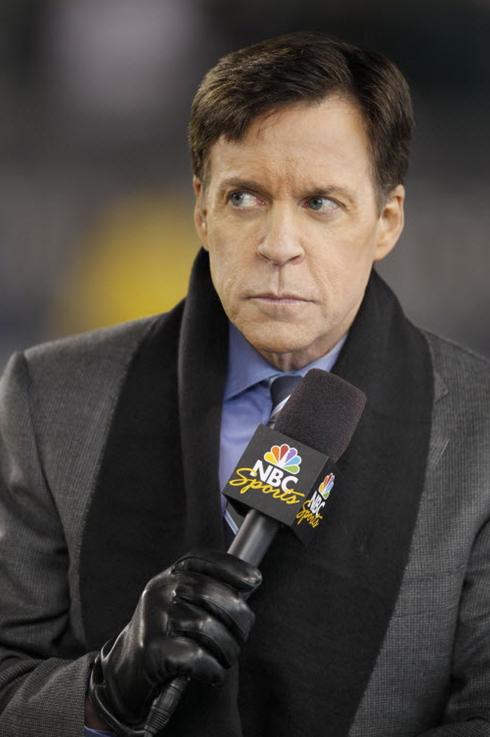 “There’s no war on football, and, if there is, football is winning it in a rout,” Costas said. “It remains by far, not just the most popular sport, but it is the single most popular audience aggregating thing in all of American pop culture. But many people who enjoy football and admire football, players and like people in the game, nonetheless are aware of what’s going on. You’d have to truly be unaware not to realize that football has a fundamental problem with the nature of the game.”

The problem, in Costas’ view, is brain trauma.

“You can’t play football at the level in which it’s played at the highest levels of college and the NFL without a substantial level of players suffering some sort of brain trauma. That isn’t just my opinion, it isn’t just Bennet Omalu’s observation, it’s what the league has already directly acknowledged in the suit brought against them by some 4,000 plus former players. They’ve already directly acknowledged that somewhere between 25 and 30 percent – that’s the NFL’s estimate – of players will sustain some measure of brain difficulty subsequent to their playing careers.”

Of course the problem with all this is that at this point no one, not Bennett Omalu, not me, not you, and certainly not the NFL, is qualified to make any qualifying statement about what we do or don’t know about CTE.

For example, the man who Dr. Omalu considers to be his mentor, Dr. Julian Bailes disagrees with Omalu about the dangers posed by football to kids under the age of 18. Bailes believes football is safer than ever and even has two children who play. He also casts doubt on the “prevalence of CTE,” acknowledging that it’s only been diagnosed in “about 100 players” out of “tens of thousands who have played.”

Now, maybe Omalu is right and Bailes is wrong. Fine. But, when you can’t even get a consensus among the two scientists who discovered CTE about what it does and doesn’t do to kids, this whole idea of concussions and CTE being “settled science” becomes absurd.

The reason why the NFL was willing to “settle” it in court is because the NFL has almost as much money as God, and hates negative PR. They didn’t settle because of science, they settled because it was cheaper to pay the players off and get the story off the front page than it was to drag it out and fight it out in public.

Though, with the Will Smith “Concussion” movie based on Dr. Omalu coming out on Christmas, and Costas waxing silly on Fox, the results of that decision are very much in doubt.