Like a tree falling in the woods, a Missouri football player not in the team twitter pic expressing solidarity with campus radicals apparently makes no sound. Why is this? Well, because apparently those dissenting football players need not be mentioned. 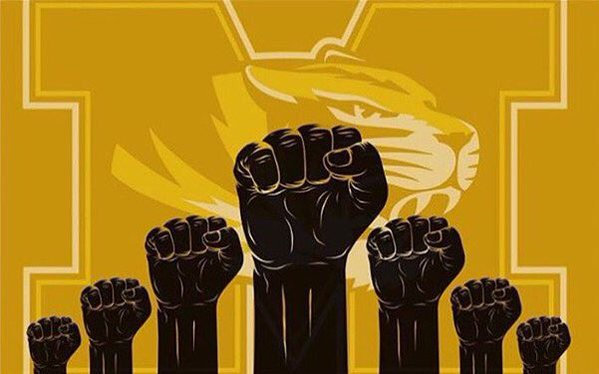 According to ESPN’s Brett McMurphy:

A Missouri Tigers player said Sunday night that the entire team is not united over the decision to stop practicing until grad student Jonathan Butler ends his hunger strike.

"As much as we want to say everyone is united, half the team and coaches -- black and white -- are pissed," the player, who wished to remain anonymous, told ESPN. "If we were 9-0, this wouldn't be happening."

The player, who is white, spoke on the condition of anonymity because coaches told the team not to talk to the media as they thought the situation "would blow over eventually."

"Not everyone agrees with the decision [to stop all football activities]," the player said. "Most people are pissed, including the black guys [on the team]."

Of course, those players are just being selfish. Trivializing the social justice movement with this silly football thing, in the middle of football season, when their scholarships require them to play football.

It just seems appropriate that while virtually every headline you read is about the “courage” being shown by the players who are protesting, we might want to give a little mention to those who aren’t being lauded by the press and the President.

I read somewhere that those who took stands without being glorified for it were the ones with real courage. That used to be true.