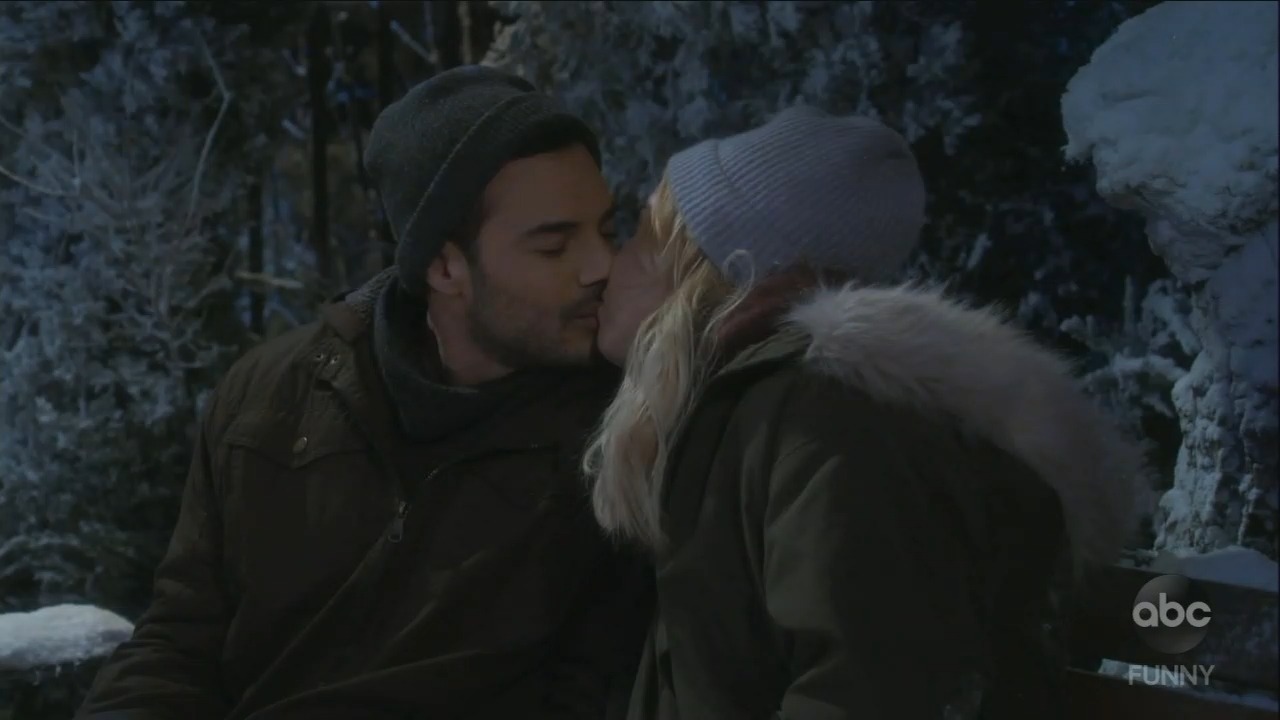 ABC’s The Conners, a spinoff from the cancelled show Roseanne, featured a story meant to create sympathy for illegal immigrants in their season finale on Tuesday, “We Continue to Truck,” claiming, “These people are just trying to have a better life.” Never mind how many illegal immigrants have brought in drugs, committed crimes (in addition to being in the country illegally), and added to the numbers of violent attacks by gangs such as MS-13.

Instead, we get scenes like the one on The Conners. Main character Becky (Lecy Goranson) is pregnant by a man who works as a busboy at the same restaurant where she waitresses, and who is in the country illegally. At first, she wasn’t even sure if she wanted a family with Emilio (Rene Rosado) or if she had feelings for him. But in just a few episodes, they’re happily in love and everything is falling perfectly into place.

Becky had been struggling to make it on her own, but now she’s so much better off with Emilio that she’s replacing the snack foods that she stole from her dad’s house with money Emilio gave to her. They’re both happy about their future together and they share a sweet kiss in a snow-covered park as they talk about becoming a family.

But then Becky’s dad, Dan (John Goodman), who last episode told Emilio that he doesn’t approve of him being an illegal immigrant but that he accepts him since he’s the father of his daughter’s baby (to the point of offering him contracting work with his company) later comes home with bad news for Becky. There was an ICE raid downtown with a focus on restaurants and he fears Emilio may have been caught.

Dan: Becky, has Emilio called you?

Becky: No. I got a message from a number I don't recognize.

Dan: Check it. I heard there was a big ICE raid downtown, and they hit the restaurants.

Darlene: Oh, my -- this is ridiculous. These people are just trying to have a better life.

Dan: He was here illegally, Darlene.

Darlene: Oh, so you don't have a problem with what's happening?

Dan: I have a big problem. I like the guy, my daughter's about to have his baby, and he may be getting dragged out of the country. You think I want that? Damn it. It's Emilio, right?

Emilio: ...taking me to Texas and then turning me over to authorities in Juárez. I will find a way back to you and our baby after a short time in Chihuahua.

“This is ridiculous?” They’re acting like the problem is with ICE enforcing the laws of this country instead of with the man who chose to defy them.

Where are the scenes depicting murders by MS-13 gang members who are here illegally? Are those gang members “just trying to have a better life?” A very close family member of mine was sexually assaulted by a suspected illegal immigrant. We never found out if he was deported after his conviction. All we know is that ICE was investigating the case. Was he “just trying to have a better life?”

What about the other victims? They’re “just trying to have a good life,” as well. But you won’t see any sympathy for them in Hollywood. You won’t see the brutal murders and sexual assaults. All you’ll see are manufactured sob stories geared to drum up sympathy for the lawbreakers. Stories that don’t accurately reflect the dangers posed by illegal immigration. Those dangers are why we have a system in place to help good people who aren’t lawbreakers enter this country the right way. Legally.

It’s a simple solution that prevents scenarios like the one shown on The Conners. So why is the left so opposed to it?