Alt-Left Insanity: The Resistance Is Satanic. No, We’re Not Kidding!

Halloween might be over, but its impact is still being felt. I’m not talking about our added pounds from leftover candy. (In my case, every single piece as trick-or-treaters avoided my tiny cul de sac.) I’m talking about what the holiday revealed. 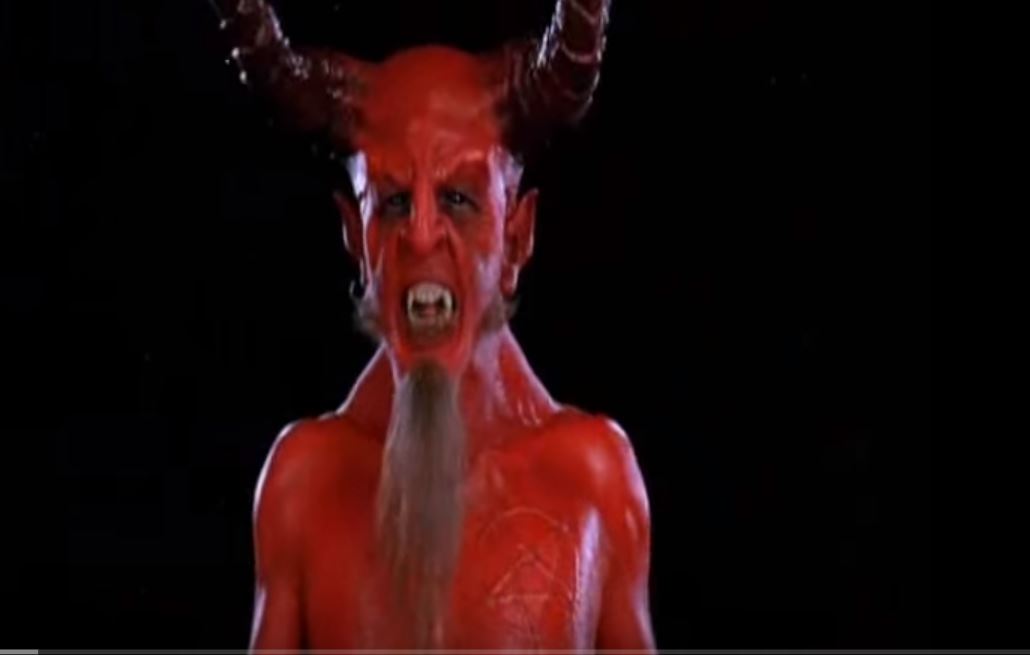 In the case of Ezra Klein’s Vox (Motto: We write boring think pieces liberals can then pretend to read.) showed just how correct I was with last week’s column showing the connection between the left and the occult. Just days later, Vox writes this, “Take religion. Remove God. Add #resistance. Meet the Satanic Temple.”

We are just days away from the anniversary of Trump’s election. One full year later and the mentally deranged on the left still can’t accept that Hillary lost. They have manufactured so many random conspiracies and claims that it will turn into the next JFK assassination. Tin foil manufacturers will need whole new factories to meet the subsequent demand.

But over at Vox, they let you know exactly how far into Cuckoo Land, the left has gone. Here’s the story’s subhead: “The Satanic Temple might be the religion for 2017.”

Notice how quickly we have moved in American society? We’ve gone from being a Christian nation that the left resented but played along to a major alt-left site celebrating satanists. I’ll probably continue making jokes about it. Only it’s also very serious.

The War on Christmas broke through as a major issue back in 2005. Journalists mocked it heavily and have ever since. It’s taken just 12 years to go from that to hail Satan.

Here’s Vox’s PR pitch for Satanism: “Such a no-nonsense approach is part of the core values of the Satanic Temple, which, despite its name, is an explicitly nontheistic, rationalistic religion. In other words, TST does not believe in a supernatural God or a supernatural Satan. Rather, its members are committed to evidence-based belief — promoting scientific literacy, say — and to humanistic values. Satan is celebrated as the symbolic opposition to organized religion, which they see as an authoritarian, superstitious system.”

Got it? They don’t actually believe in Satan, they just like him because he opposes organized religion -- especially Christianity. Not too many alt-lefties publicly attack Muslim faith.

Basically, the group is set up as “as internet trolling going mainstream,” designed to harass people of faith and celebrate Satan as “the rebel against tyranny.” Cue your Tom Petty song here. And yes, “‘Hail Satan’ was frequently, casually, exchanged.”

Journalists have been complaining for years how the right has turned tribal and tolerates anyone who agrees. Then we see something like this where the alt-left celebrates true whack jobs and no one blinks an eye at their tribablism.

And that trip into the Twilight Zone naturally leads us to the rest of this week’s column:

What Does This Mean To Gays?: No matter where you are in traditional or alt-left media, this is a question you probably ask at least once a day. It doesn’t matter what the news event is, the question always has to roll around to what it means to the LGBTQIA community.

Except when it’s inconvenient. You can talk about conservatives and instantly the media conversation goes to bathroom bills. Talk Islam in any of the 56 nations where it is the majority faith and no journalist wants to mention how gays are mistreated, abused, arrested, jailed or executed.

One of the most-ridiculous examples of this phenomenon comes from lefty Slate. Here’s the amazing headline: “How Calling Kevin Spacey a Pedophile Hurts the Gay Community.” After Spacey’s apology for reportedly molesting a 14-year-old boy who appears 10 in a photo from that era, he was “demonized and outcast under the banner of pedophilia — mostly by gay leaders, but also by everyone else,” wrote Slate.

Then they started rationalizing. Actual disturbing quote: “To be clear, under no clinical diagnostic I know of does a drunken, aggressive, and deeply stupid pass at a teenager qualify as pedophilia. Indeed, one working definition of pedophilia is ‘ongoing sexual attraction to pre-pubertal children … who are generally age 13 years or younger.’” Yes, that ran on a journalism site.

It got worse: “From the perspective of helping children and pedophilic men both, pedophilia is best understood as a mental and public health problem requiring treatment and supervision, rather than as a crime.” Ummmmmmm.

In the lengthy conclusion, it argues: “ Spacey did not make his drunken misbehavior about gayness simply by coming out, but we do exactly that by making it all about us.” But of course he did. Because that was part of his explanation. This is where we are in 2017. Libs are so tribal that they try to explain away pedophilia.

The Lesbian Kids Story You Always Wanted!: It’s officially Christmastime -- somewhere. (Like Alan Jackson and Jimmy Buffett would say, “It’s 5 o’clock somewhere.”) You need to add this to your Christmas list!

What holiday celebration is complete without a lesbian kids book? Here’s Huffington Post’s description: “A new queer fairytale for kids is in the works, centering around the lesbian love story of a fisherman’s daughter who inherits a treasure map and goes on an adventure at sea.”

What could be gayer than that? I know, let’s have backing from Sir Ian McKellen and George Takei for what HuffPost calls, “an incredible project.” Maiden Voyage, “is from the team behind Promised Land, a groundbreaking fairytale where a farmer’s son falls in love with a prince.” Their goal is, actual quote, “to provide kids with a queer utopian fantasy world to lose themselves inside of.”

One of the co-authors Chaz Harris made an interesting comment to HuffPost: “We believe everyone deserves to live happily ever after and so we set out to tell more stories to prove that in our universe ― where all are equal no matter their gender, who they love or what they look like.”

“Who they love.” The love-is-love world came crashing down with the Spacey scandal. No, all love is not equal. The Blaze’s amazing Allie Stuckey shows the flaws in this argument. The truth is there are some moral constants, even when the left wants to ignore them. 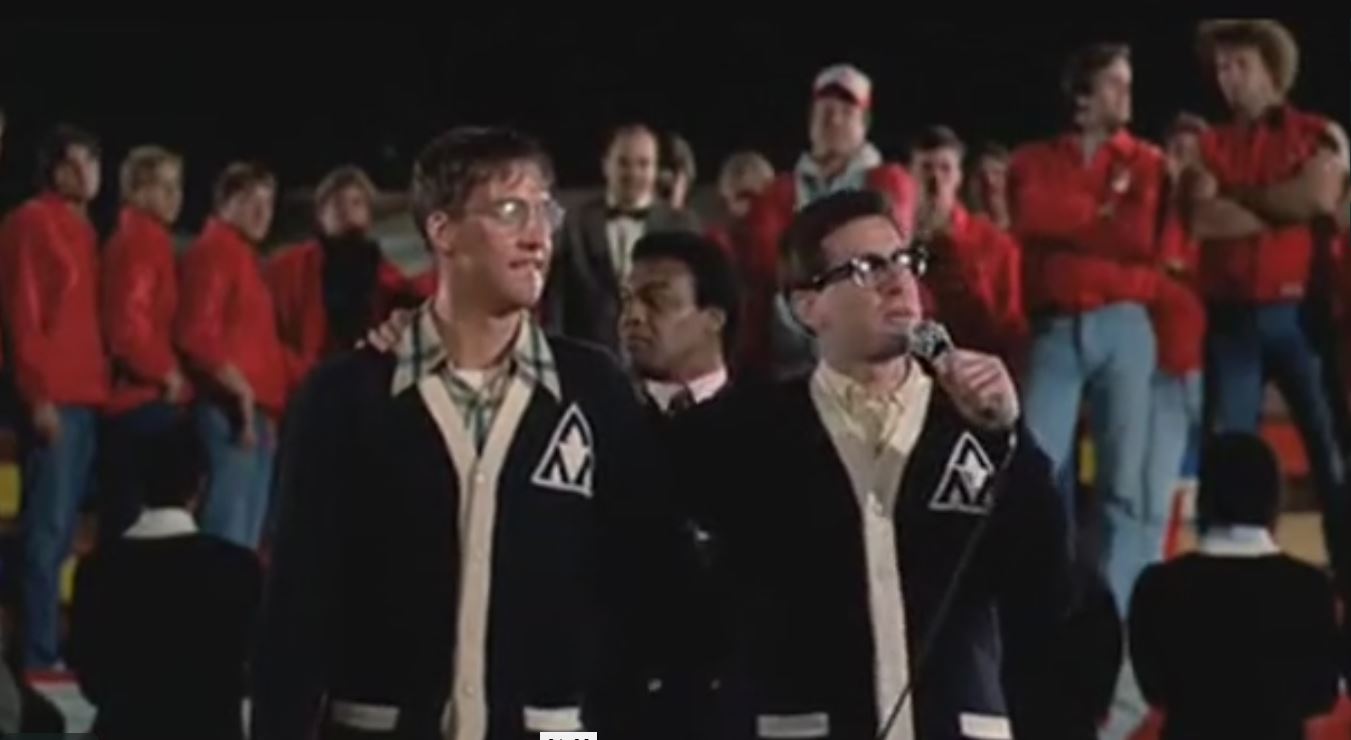 Telling The Big Lie: Small lies don’t work. People can see through them. Tell a lie big enough and convincing enough and the media will buy it. Such is the case with the alt-left’s alliance between LGBT groups and Muslim groups.

Liberals have built a victim group coalition. Every group that thinks it’s been “stepped on, left out, picked on…” (essentially the speech from the end of Revenge of the Nerds) forms that coalition.

Only America isn’t Fortress America any more. You can’t pretend that things that happen elsewhere have no impact on the U.S. Unless you are liberal. Then you create this fantasy that Islam and gays get along just fine. In the real world, more than 70 nations outlaw homosexuality. At least eight execute those involved. That’s according to The International Lesbian, Gay, Bisexual, Trans and Intersex Association. Not exactly right-wing zealots.

Yet the media bombard us with the concept of intersectionality -- where all alt-lefty ideas are embraced. And we get outlandish outlets like BuzzFeed doing stories like this: “This Muslim Fashion Designer Has Created A Head Scarf In Support Of Marriage Equality.”

Here’s an actual quote from the story from founder Azahn Munas: “At the end of the day, everyone should feel proud of who they are, regardless of their skin colour, religious beliefs, or sexual orientation and everyone deserves the right to love, and be loved in return.” Sounds positively woke.

Now imagine him trying to sell that in a place like Egypt. Here’s The New York Times on Egypt’s latest anti-gay crackdown: “At least 34 people have been arrested in Egypt as part of an expanding crackdown on the gay and transgender community following a rock concert last month when audience members waved a rainbow flag.”

Liberals are always telling us that conservatives aren’t aware of the world. But there is no group of people more stuck in their own bubble than the alt-left.