Liberals who can’t win at the ballot box, turn to lawyers to push their agenda. And guns are no exception. The alt-left has always been the Sue Tribe, they’ve just gotten worse over time.

In the aftermath of the horrendous shooting in Las Vegas, the left has turned to an old standby, gun control. Only gone is their facade about guns. Now they want to take them, ban them or sue to shut down the companies that make them.

Only four years ago, The Washington Post was introducing us to, “The most pro-gun Democrats (and anti-gun Republican).” The following year, it was Rolling Stone of all places teaching readers about the “Confessions of a Liberal Gun Lover.” The alt-lefty outlet claimed, “It's not just libertarians and conservatives who are ready to defend the Second Amendment with a finger on the trigger.”

By 2016, that was all in the trash heap of history. Vox rallied the gun banners with this: “Democrats aren't afraid of gun control anymore.” And the Democrats ran on an 2nd Amendment Platform and, heck, anti-1st as well. The party promised to: “revoke the dangerous legal immunity protections gun makers and sellers now enjoy.” That keeps scumbag lawyers from suing companies and putting them out of business for making entirely legal products that are used correctly. Imagine if lawyers sued car companies every time someone had an accident, even if the car performed perfectly. 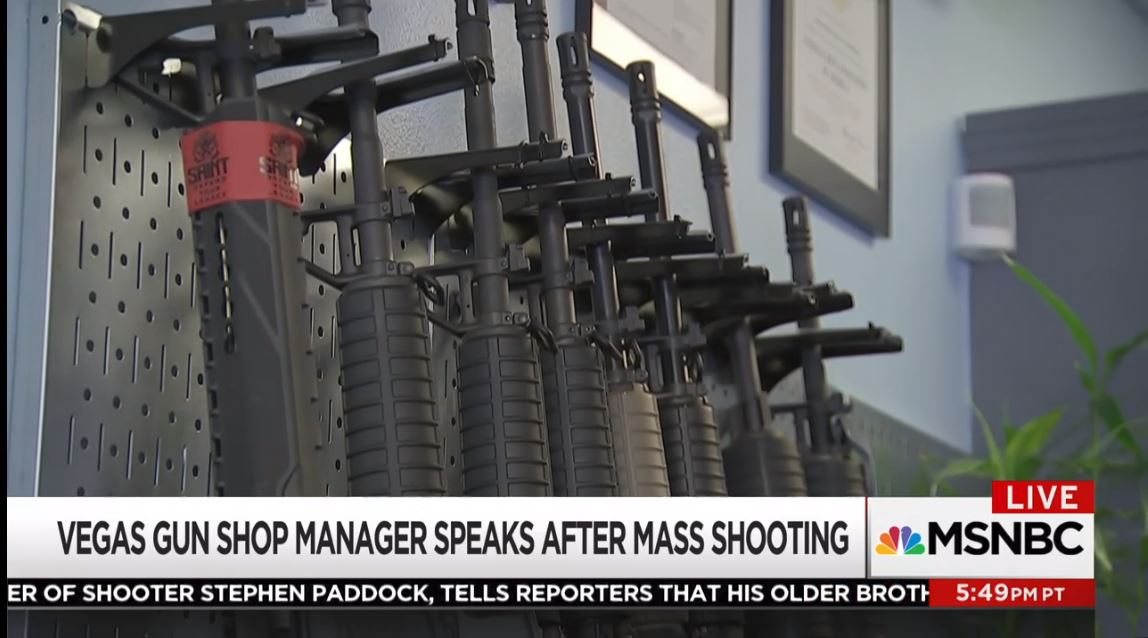 We are in post-Las Vegas America and every major outlet is begging for the left to ban guns. Jimmy Kimmel (D-Women on Trampolines) went on his show doing a remake of “9,999,999 Tears” and became the conscience of America because the press agreed with him. Politico (D-DNC), practically ran a recruiting poster story. “Who Will Lead the Left on Gun Control?”

Over at Salon, reliably kooky, alt-lefty Amanda Marcotte promoted the legal strategy as a way of taking down the Constitution. Marcotte isn’t subtle. She sees a direct correlation between guns and tobacco, Constitution be damned. “Could the same legal strategy that defeated Big Tobacco create a way to address the real costs of gun violence?” read the subhead.

She admitted that Democrats can’t do whatever they want … now. Just give them time and power and they will target the gun manufacturers. “Lawmakers have the power to make it possible for individuals, cities and states to sue gun manufacturers and hold them liable for injuries or deaths caused by their products.”

Marcotte turned to University of Michigan law professor Kyle Logue for strategy. “Logue proposes a two-part solution: First, repeal that 2005 law, passed by a Republican Congress under George W. Bush. Second, pass a bill that would force gun manufacturers to be ‘responsible for at least some percentage of the harm caused by guns.’"

In other words, treat your constitutional right like it’s a constitutional wrong. If you can’t buy guns, ammo or find gun ranges, your rights simply wither away. This is where the left is in 2017. Alt-left shock troops from Antifa and others will beat you up if you gather in public. They harass and try to intimidate you online and push companies to ban you or your business.

Try to make sure you are at least safe in your home or on your own and they want to take away that as well. And speaking of bans takes us to the first item in this week’s column: 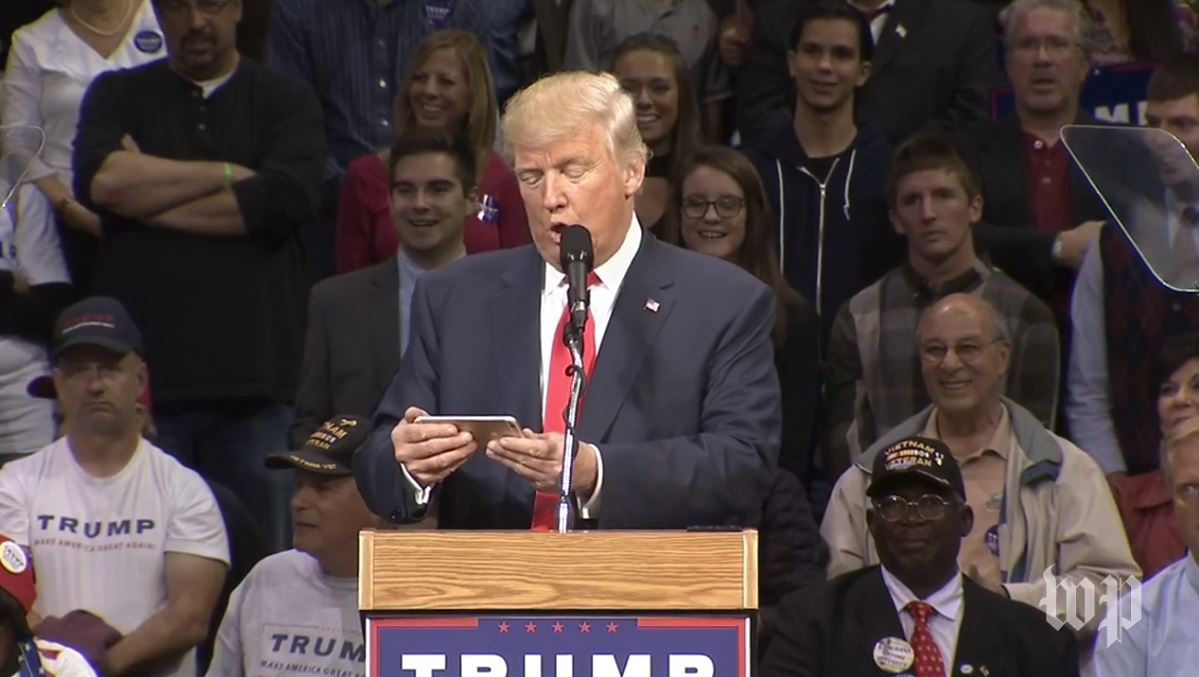 Why Won’t Twitter Ban Trump?: This is a liberal fantasy. The side that once celebrated free speech now celebrates any outlet or organization that will ban it -- social media, news outlets or colleges and universities. The more free speech you ban, the happier liberals are.

Which takes us to The Establishment’s article: “The Damning Moral Consequences Of Twitter’s Refusal To Ban Trump.” Actual quote: “Another day, another escalation in the threat of nuclear war thanks to the tweets of the President of the United States.” Yes, liberals think responding to provocations and nuclear threats make Trump the bad guy. Bearing in mind, North Korea is half death cult and half death camp.

That’s isn’t like getting detention for standing up to the school-yard bully. North Korea kills thousands of people and puts others in concentration camps for generations. But Trump is to blame for telling North Korea that their strategy of nuclear threats is ending.

Liberals have told us to accept North Korea as a nuclear state for the length of three two-term presidencies. They fear Trump will actually stand up to the dictatorship. That upsets them. Actual quote two; “If something terrible happens, blood will obviously be on Trump’s tweeting hands. But it will also be on Twitter itself.” Yes, Twitter will be to blame for a war because Trump called out a lunatic, murdering dictator.

Does that make the press to blame every time any leader refuses to bow to threats from a foreign power? The whole article hinges on claims that a Trump threat to the monsters who run North Korea is somehow a threat to kill 25 million people who live there. It’s not. It’s telling the world that America won’t cave to a dictator like Europe caved to Hitler. 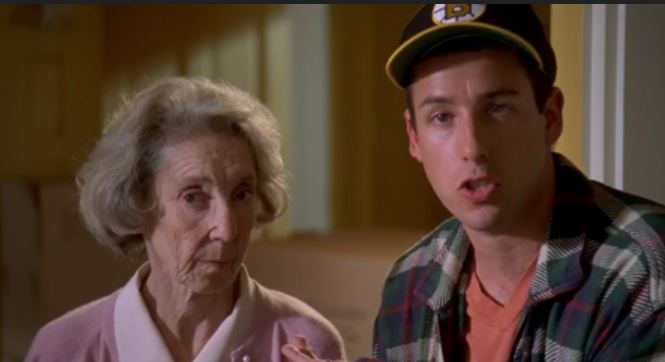 Forget Grandma’s House, She’s Racist: ”Over the river and through the woods, to grandmother’s house we go.”

Skip that. Grandma’s racist, at least according to alt-lefty Jezebel. The beauty of the alt-left is that everything is victimization. Go to the store and you’re being victimized. Go to school and it’s the same. Stay in your own home as a woman of color with “half-white children, Muslim children,” and it’s victim time against the dread evil of all time. More dreaded than the Dread Pirate Roberts.

This time it’s in the form of a Dear Jane letter, part of an advice column with the subtle headline: “How Do I Teach My Kids Their Grandmother Is Racist?” Assuming it’s even a real letter, and it doesn’t read like it, the daughter-in-law must be a prize. Actual quote: “My MIL is completely unaware of her white privilege. She doesn’t realize that she actually holds power to affect the lives of PoC by voting for a bigot, even just for economic reasons.”

The letter is brimming with agenda and propaganda. Like this: “The other day, we had an argument because people in a small Canadian city were protesting all the refugees who were illegally entering Canada from the US I looked it up later and they weren’t protesting at all!”

In case none of that was clear, here’s Global News in Canada: “Anti-immigrant protests in Canada shaped by more than just U.S. events: experts.” So much for no protests.

I could give you all of Jane’s 100-percent predictable response. Instead, i’ll just give you a taste: “Hang on: you basically live alone with your racist mother-in-law right now? YIKES. I’m so sorry, that is a fucking nightmare, good lord.”

Yeah, the left sees racism everywhere. If you paint your house white, they think you’re a bigot. Unless you, too, are a PoC (Person of Color). Then they think you can never be a bigot or racist. Guess who qualifies? Folks like the mother-in-law. 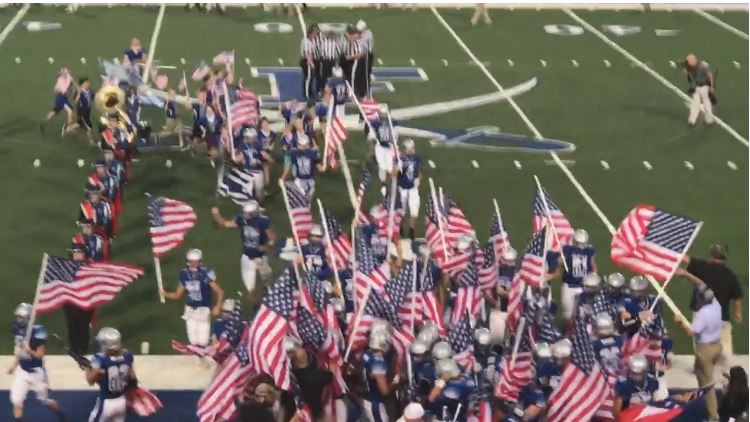 ou’re Racist If You Like The Flag And Pick-Up Trucks: Forget the claim that money is the root of all evil. Maybe, it’s The Root. You know The Root, Haim Saban’s race-baiting website?

This week, it gives us this winner: “10 Not-Racist-at-All Things White People Do That Make Me Think ‘Yup, He’s Probably Racist’” This is one of those pieces where author Damon Young, editor of VSB (Very Smart Brothas), tries to be funny and still slam white people. He only succeeds at one.

Puppy dogs. Apparently the Baha Men were racist, too. (Singers of “Who Let The Dogs Out?”)

Here’s just a sampling of Damon’s twisted world view. “Anyway, there are actually quite a few seemingly race-neutral behaviors white people do that give me pause—items they might possess or things they might do that make me think ‘Yeah, he might be a racist, so I’m just gonna assume he’s probably a racist. Because hobbies.’ Below are my 10 favorites.”

Here are my favorites of his:

Wow, he’s might be funny enough to be the next Jimmy Kimmel.