It’s eight months since election day and six since President Trump took office. And the left is still writing stories about how they can’t cope with the results. It’s like a good chunk of the nation has PTSD or just sore-loser disease.

The latest comes to us from the nutters at Bustle. That website pretends to be mainstream, only it's not. It’s certifiable alt-left nonsense. The site uses all sorts of hip slang so it pretend be something other than an ad vehicle. Look for terms like “turnt,” “BFF,” “sassy AF” and more. It’s also obsessed with The Bachelor. Oddly, one article was headlined: “How A Grown-Ass Woman Handles The ‘Slow Fade’ In Dating.” Nothing makes a site look like it’s not for a grown-ass woman than using that term.

But I digress. Let’s get back to the angry liberal unable to cope. Author Beth McDonough told readers about her idyllic life and how President Donald Trump wrecked it all. “I came out as bisexual just over two years ago when I fell in love with the woman who is now my wife. My conservative, Christian family from small town West Virginia were nothing but open, loving, and supportive.”

So far, so good. Then the most awful thing happened -- the election. Our political neophyte who had never even voted before turned into (turnt?) the family member determined to annoy everyone. “I became terrified, and I got vocal about it. I attended rallies, I sent articles to my parents, I pleaded on social media for everyone who loves and supports me to please put their taxes and guns aside and stand up for human rights.”

Election day came. The libpocalypse. “I woke up in a stupor of shock. We lost. How could we have lost? The future was supposed to be bright and fair, not dark and hate-filled.”

Then came the betrayal! “One November 9th I saw an Instagram post from my cousin of he and his wife on a plane, celebrating the victory of President Donald Trump. He wasn't just happy, he was gloating, captioning the photo with hashtags like #Killary and #Hillaryforprison, exclaiming his excitement for Trump to make America great again.” Even more, an “ultra conservative, Christian cousin” of her wife to be didn’t approve of her gay wedding. Horrors. Or as the French would say, “Zut, alors!” (Who said I’m not multi-cultural?)

Naturally, she did what any newly woke, radical, alt-lefty, bisexual would do. She attacked her family. On the internet. “I wrote about the destructive election results, how I wasn't going to stay quiet about my discontent, and the dismay and sympathy I felt over my family, who all had to sit across from one another for dinner on Thanksgiving so soon after this historical event.”

Her family was displeased and called her a “bigot.” One told her that if she, “couldn't respect other people's right to have their own opinions, then neither he nor his brother and their wives would be attending” her wedding. She summed it up patting herself on the back, celebrating, the “seeds of love, tolerance, and acceptance that I'm planting in the family I've chosen to grow.”

Then she wrote some gibberish about “love is love,” took another swipe at Trump and was done.

Stories like this are happening across the country. The alt-left has lost its mind and we are staggeringly close to needing a state the size of Maine to store all of the nutters.

And that, dear friends, takes us to this week’s items on the alt-left. Heaven help us! 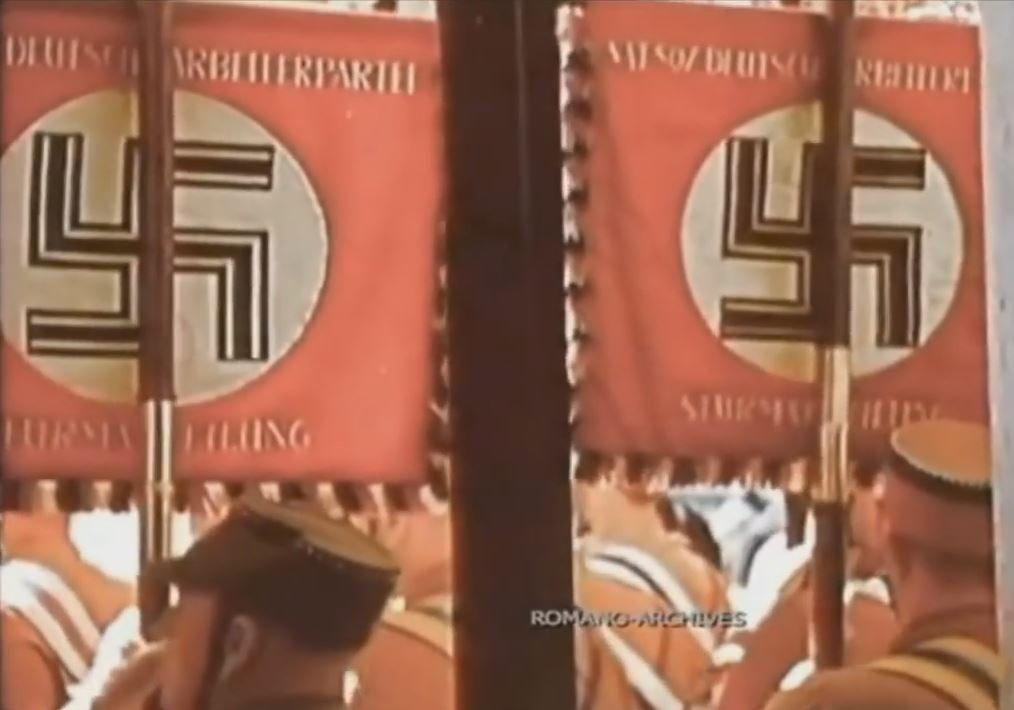 Another Historian And … Drumroll Please … Nazis!: The alt-left must watch a lot of the History Channel, because every other day they are whining about Nazis. Yes, there are American Nazis. If you gathered all of them together in a room like at an asylum, they’d probably fit. And the people acting like monstrous Nazis are usually those to pretend to hate them -- like antifa or many college students. Since the alt-left controls much/most of that academic world, finding a professor willing to be anti-Trumpian is easy as 1, 2, 3. Which takes us to Raw Story and Yale Prof. Timothy Snyder. He wrote a nutty piece for The Guardian UK which Raw Story thought was divine. He accused Trump adviser Steve Bannon of “kleptocratic authoritarianism (hastened by deregulation and the dismantlement of the welfare state) that generates inequality, which can be channeled into a culture war (prepared for by Muslim bans and immigrant denunciation hotlines).” Wow, that’s a mouthful. Basically, it’s saying right wingers are “fascists” and somehow using the term “America First” Trump “was answering a call across the decades” because it was used about 75 years ago. This would probably shock those in Yale and at Raw Story, but ordinary Americans see nothing wrong in the idea that America should be the president’s first priority. That might not play well in the globalist havens of N.Y., D.C. and L.A., but the rest of the nation is pretty solidly behind the good ol’ USA. Just ask would-be senator Kid Rock. He Tweeted out an image of himself wearing a T-shirt with an electoral map showing all the states Trump won and labeling the rest as “Dumbfuckistan.” Snopes notes that the photo itself is doctored, but the sentiment is real. And that is why he might win. 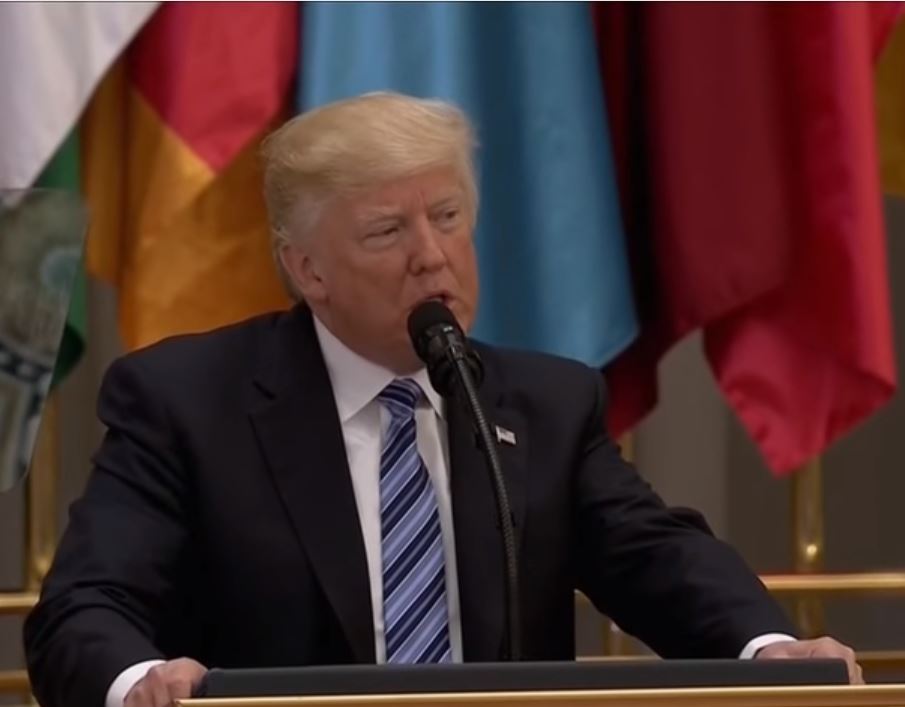 ‘The Most Hated Person Alive’: Come on, you know when liberals use that term they must be talking about Trump. He’s become a vessel into which they pour all of their hate and insecurity. If a liberal is afraid of anything -- fascism, guns, spiders … anything at all -- he/she/they/it blame Trump. I missed this Alternet piece last week, but Salon promoted it this week ensuring that stupidity lives on. Actual quote: “Trump may be the worst human being alive—the most hated person in America and throughout the world today.” Nothing like a nice dose of hyperbole this morning to get your blood going. Alternet then turned to “a range of experts and writers who have piercingly observed the U.S.'s 45th and very worst president.” Fourteen to be exact, drawn almost entirely from blatantly lefty outlets -- Democracy Now!, Alternet, Vice and more. Only The Washington Post’s Trump-hating Jen Rubin can pretend to be not entirely liberal. Some highlights follow. Joe Conason: “a blustering, feckless lout”; Roger Cohen: “Trump is a thug”; and Eve Peyser: “Trump's impulsive recklessness, his pathological need to impress, is his defining characteristic.” If everyone is hyperbolic, then no one notices. You end up doing a remake of Tarantino’s awful Hateful 8, where everyone over-acted. 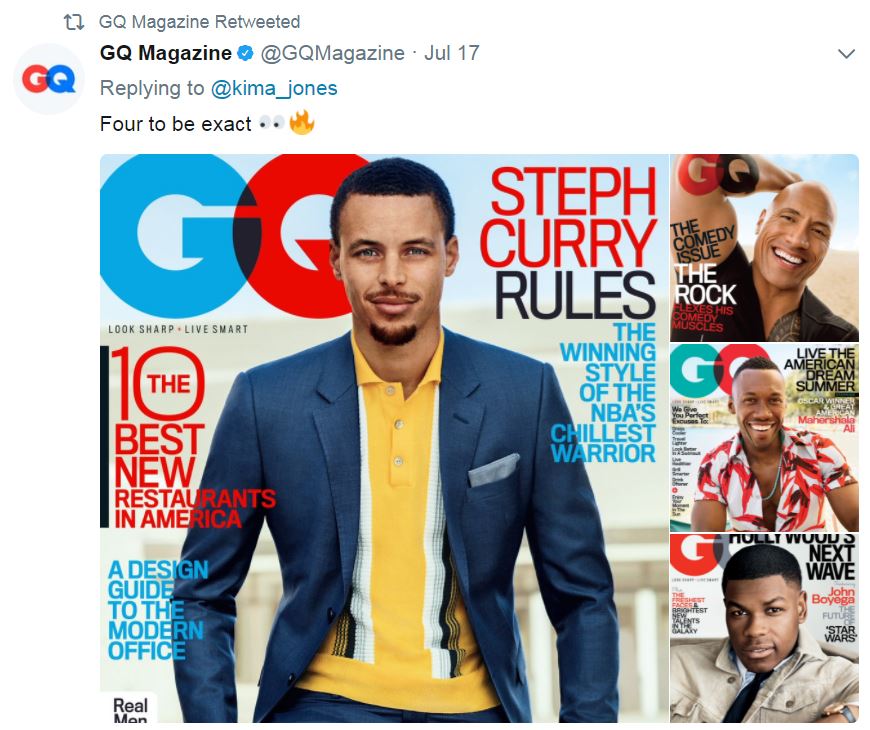 Are GQ Covers Just A Cover-Up?: I’ve been saying it for some time: No matter how alt-left one becomes, it’s never enough. That’s even more true for media outlets. Take a look at GQ’s most recent covers for proof. Four covers in a row have featured prominent and successful African-American stars including stars Chance the Rapper and The Weekend. According to lefty, racial scolds at Fusion: “of the nine covers so far this year, six have featured black and mixed race men.” Damn, GQ sounds woke. African-Americans make up about 12 percent of the population but 44 percent of 2017 GQ covers. And … that’s not good enough. We turn once again to Fusion’s racial zealot Isha Aran to find out why. Actual quote: “But of course, these covers don’t necessarily signal a permanent, meaningful change. Magazine covers are a reflection of pop culture at large, and it’s hard not to worry that, if the recent trend toward diversity ends up waning somewhat, GQ will find itself suddenly less beholden to the diversity it’s currently supporting.” No backsliding and putting white men on that cover. And 66 percent people of color still isn’t good enough. Actual quote two: “Only four Latinx men and one Asian man have graced the cover since 2010, not including the multiracial Bruno Mars, who is of Filipinx and Puerto Rican descent.“ Got that? The keepers of the checkboxes demand that every group be represented. Except white guys.