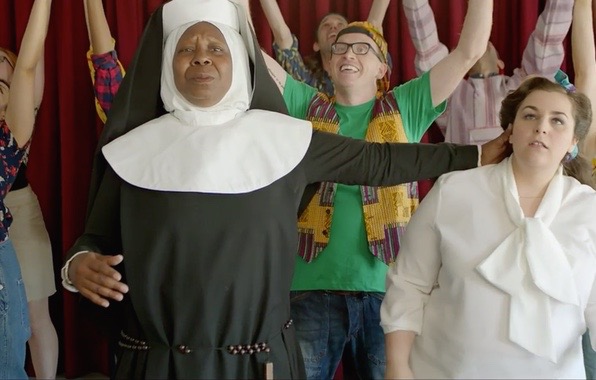 You know the look you get from your liberal friends when you mention slippery slopes? Well, get prepared to see a lot of those if you discuss this week's episode of Broad City, “Game Over.” Let's start by saying this show is rude and crude times ten and not recommended for human consumption. So don't feel like you need to watch to see just how bad it is. Trust us, it's that bad. On top of being disgusting, it isn't even funny. One laugh per show...maybe.

The real issue at hand, though, is the slippery slope. Anytime conservatives talk about how normalizing gay marriage could lead to other issues we get scoffed at. Yet it is consistently true. You would be hard pressed to convince anyone that gay marriage would have just happened without homosexuality first being normalized by Hollywood. How many openly gay characters can you name from the 70's? Can't really think of any. How many shows today can you name without a loveable gay character? Exactly.

Which leads us to Broad City going down a new avenue, bestiality. (What is up with the bestiality theme on TV this week?!) In the episode, Ilana gets promoted to social media manager for her company. They are running a sale on colonics, so to promote the sale she puts up a video of a guy having sex with a horse. Ilana argues that the video was not inappropriate because the horse was having sex with the man and not the man having sex with the horse.

-Ilana: What? I just got promoted.

-Ilana: Todd, it's "Mr. Hands." It's a staple of early digital culture. Talk about viral. Google it.

-Todd: I don't have to! You tweeted it from the company Twitter account. It's a pr nightmare.

-Ilana: You're welcome. Now we have a pr nightmare. It's cool.

-Ilana: Yeah, and it's a deal for colonics. It's brilliant! I was just doing my job really well. And if you did your homework, Todd, you would know that the horse was (bleep) the guy. It's chill!

WOW! And of course Abbi agrees with her brilliant deduction.

Abbi: I think everyone agrees, on that. Right?

Does this mean next week people will be able to marry animals? Probably not, but given the young and impressionable demographic of Comedy Central it seems likely that some of them will start to wonder if it is ok. How will that affect society 40 years from now? Who knows, but why even go there? The slippery slope is real and really slippery.

BONUS CLIP: When Ilana gets fired, her office celebrates by singing a hymn, a la Sister Act 2 – with Whoopi Goldberg getting back in the habit!