‘Off to a Good Start:’ HBO’s ‘Watchmen’ a Radical-Left Daydream

The premiere episode on Sunday, “It’s Summer and We’re Running Out of Ice,” introduces disjointed elements of this parallel present day universe. Racism is the center of this retelling. The story starts with a flashback to the 1921 Tulsa race riots. Gunshots echo everywhere while people on fire run away screaming in terror. Members of the KKK, all in white, stampede through the streets. This is very different from The Watchmen of comic lore, which focused more on nuclear and international threats. 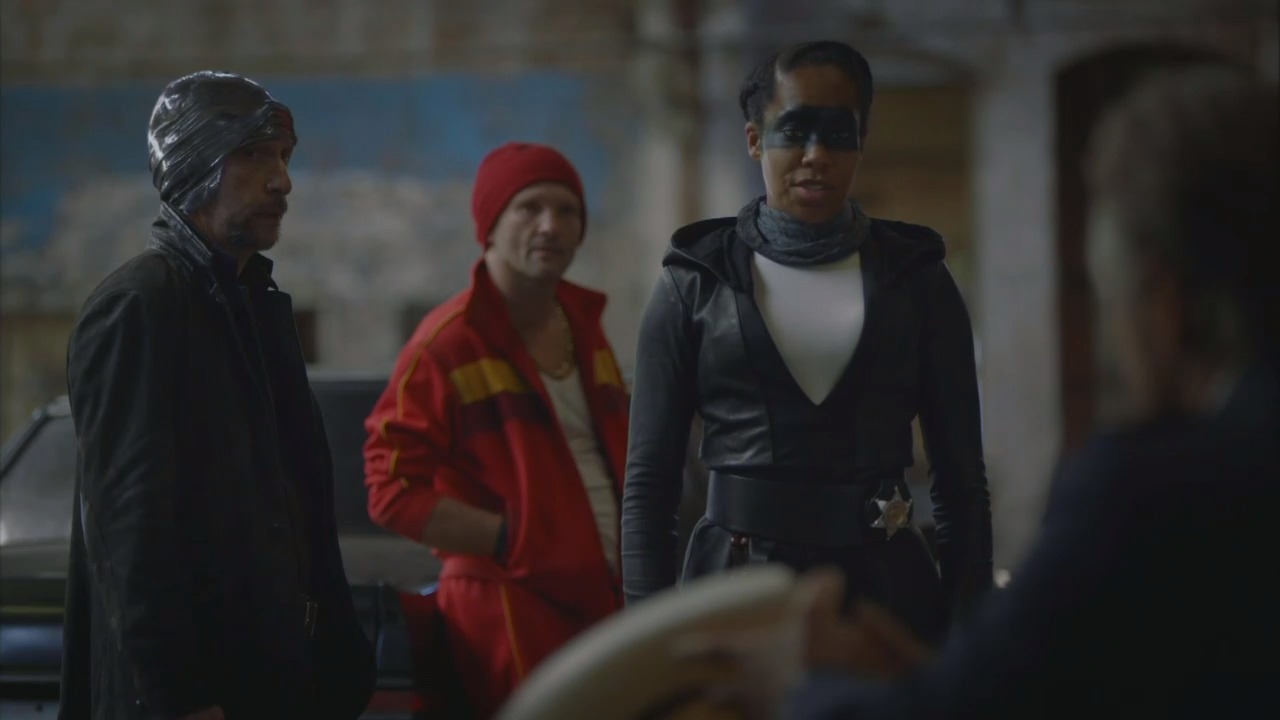 Today, white rednecks live in a trailer park known as Nixonville, while masked members of the police force are not allowed to carry weapons, unless their lives are in danger. The members of the Seventh Cavalry (which Bustle says is “a reference to America’s racist origins”), a group of heavily armed white men with machine guns and prescription drug addictions, have issued a video message announcing their mission to bring about an ethnic cleansing. The Cavalry wear Rorschach masks, in homage to the Batman-esque hero in the original comics, Rorschach.

In their threatening message to the Tulsa police, the Seventh Cavalry sit in a church, with a crucifix behind them. “The streets of Tulsa will be turned into extended gutters, overflowing with liberal tears,” promises the distorted voice of the Cavalry.

Meanwhile, Angela (Regina King), a former officer-turned-vigilante known as Sister Night, is on a mission to stop the Seventh Cavalry. She grabs a “likely” suspect and takes him to police headquarters after the release of the video. The show echoes the “punch a Nazi” narrative as Sister Night takes the suspect into the back room and beats him until he confesses the whereabouts of the Seventh Cavalry.

When the suspect asks for a lawyer, one of Sister Night’s partners says, “We don’t really have to do that with a terrorist.”

Almost every scene hammers the point home about racism in this society. The actor Robert Redford has been president for 30 years and has put in place liberal policies like affirmative action. In one instance, Angela is presenting to her daughter’s class, when one of the school children asks her about her past life as a police officer. As Angela is telling the story, a boy asks if she paid for her bakery “with Redfordations.” Angela’s daughter punches the boy.

On the way home from school, her daughter states, “He’s a racist.” Angela replies, “He’s not racist. But he’s off to a good start.”

Lindelof said he was inspired by the writings of liberal activist Ta-Nehisi Coates, specifically his article “The Case for Reparations,” through which he learned about the Tulsa race riots.

Unfortunately, the story comes across as some sort of radical progressive daydream, where the racist alt-right attack the ethnic vigilantes with machine guns. The vigilantes are allowed to take antifa-like tactics to defend themselves.

There is no gripping story here, or solid character development. Watchmen promised to be so much more, but fell flat, overburdened with social justice.