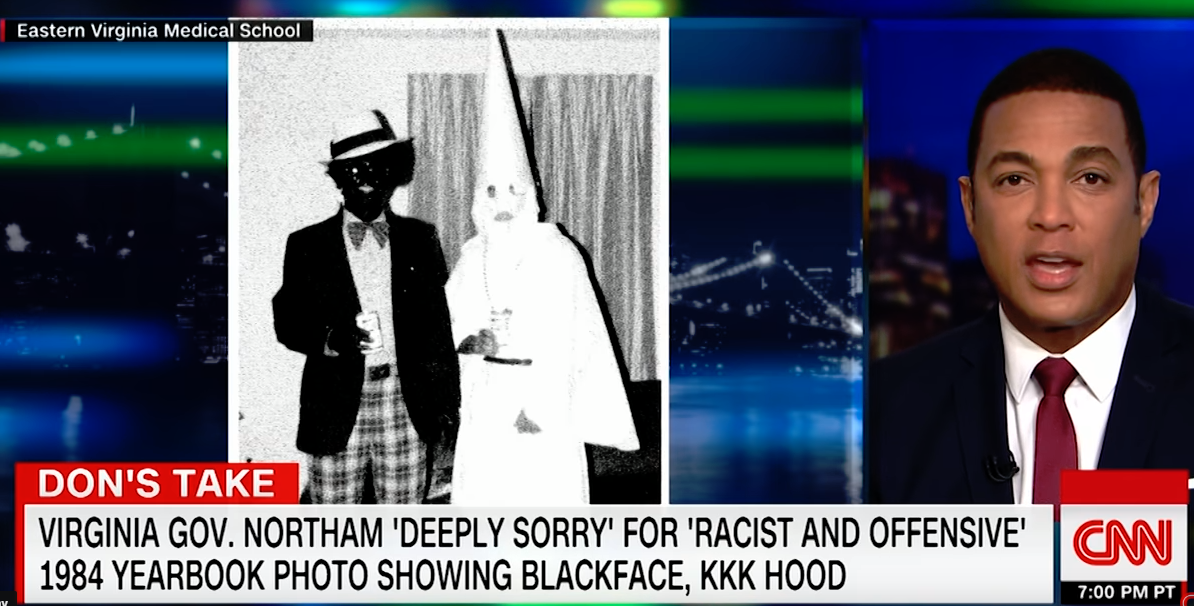 When Hollywood feminists campaign in elections, it often backfires spectacularly. In their efforts to spite Trump and the GOP, actresses campaigned for someone who used to dress in blackface.

In October and November of 2017, actress Alyssa Milano and comedian Wanda Sykes decided to throw their time and energy into campaigning for Ralph Northam for Virginia governor. Other celebrities helped with the effort, but Sykes produced a PSA for the Virginia Democrats on Facebook. The platform? “Say no to white supremacists.”

Apparently, these clueless starlets decided that a vote for Northam was a vote against racism.

Wanda Sykes and actor John Leguizamo joined forces in November, 2017, to create a PSA in support of Northam. Images of the Charlottesville protest flashed across the screen as Sykes pleaded, “Virginians, say no to hate and white supremacy, and say yes to a better future, by voting for Democrats this Tuesday.” She also accused Republican gubernatorial candidate Ed Gillespie of being “complicit” with President Donald Trump in “racism.”

On Friday, February 1, 2019, a photo of Ralph Northam from his 1984 medical school yearbook showing a photo of a man in blackface next to a man in a Klu Klux Klan outfit was published in the The Virginian-Pilot. On February 2, Northam publicly denied that he was that man, but also admitted to dressing as Michael Jackson in blackface that same year. He even contemplated moonwalking for the audience, but was stopped by his wife.

In October 2017, Milano tweeted, “Ed Gillespie is Donald Trump's candidate. We need to help his opponent, @RalphNortham become the next #VAGov.” 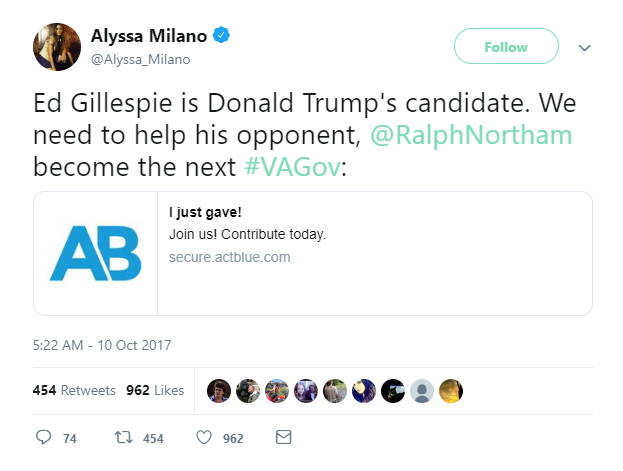 Chelsea Handler even shrieked that “Russian bots” were “race baiting” in Virginia’s election.

Milano is now pushing for Northam to be impeached or to resign, without admitting her involvement in . Sykes and Moore have yet to say anything about Northam.

Chelsea Handler found a way to slam Republicans while calling for Northam to resign, saying: “In honor of Rosa Parks’ birthday, Ralph Northam should resign as governor of Virginia. There is one part that tolerates and espouses racism, and there are The Democrats.”