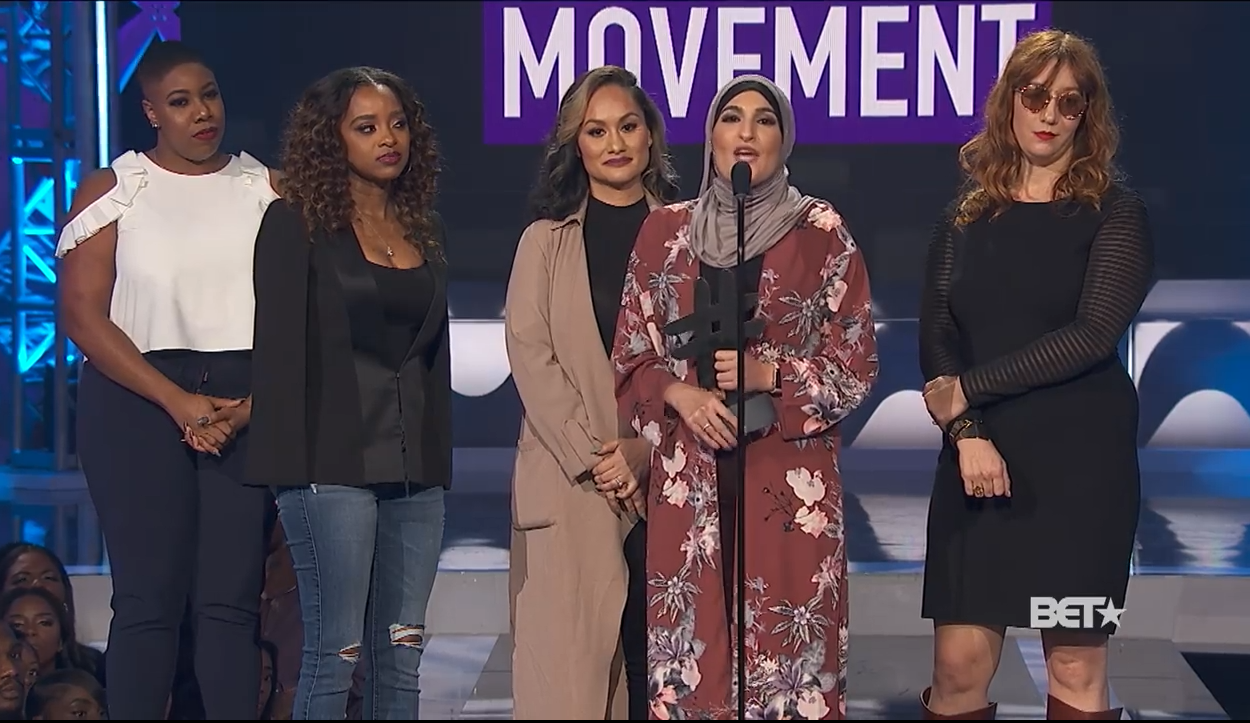 The media’s constant fawning over the “intersectionality” of the Women’s March feels like it will never end.

Neither will the consistent evasion of the fact that one of the founders, Linda Sarsour, sabotaged her claim to feminism through her defense of sharia law. At the BET Social Awards on February 11, CNN’s Symone Sanders presented the founders of the Women’s March with the Social Movement Award. Their acceptance speech, masked by supposed “unity,” highlighted the exclusionary tendencies of intersectional feminism.

Co-president Bob Bland began the speech, saying, “In a moment of deep despair and betrayal, by many people who look like me, one woman’s Facebook post harnessed the collective outrage of millions, including many who had yet to realize the full potential of their own power.” Allegedly, voting for a conservative presidential candidate counted as a betrayal. Conservative women are not included in intersectionality.

Carmen Perez, treasurer of the Women’s March, continued the speech, “And so, five million people all over the world answered the call for an intersectional movement that stands up for the human rights of all people. It was painful, it was powerful, but most of all, it was transformational.” The “human rights of all people” apparently did not include the right to life, since the Women's March made it clear it did not want a pro-life group marching with them. The unborn are not included in intersectionality.

But those who suffer from the extreme rules in Sharia law, and the women who are Zionists, are not part of those communities, according to Sarsour, In 2011, Sarsour tweeted that Brigitte Gabriel and Ayaan Hirshi Ali “are asking 4 an a$$ whippin’...I wish I could take their vaginas away.” (It’s even worse: Ali is a victim of female genital mutilation as a result of sharia law)  Those opposed to the oppression of sharia law are not included in intersectionality.

But make sure only the right people win in 2018, says the Women’s March.