In the recently released list of 2018 Oscar nominations, The Post (Steven Spielberg’s attempt to address Trump through film) was recognized twice. The film, which was cobbled together after Trump was elected president as some form of cinematic resistance, somehow managed to be nominated for best film and for best actress. 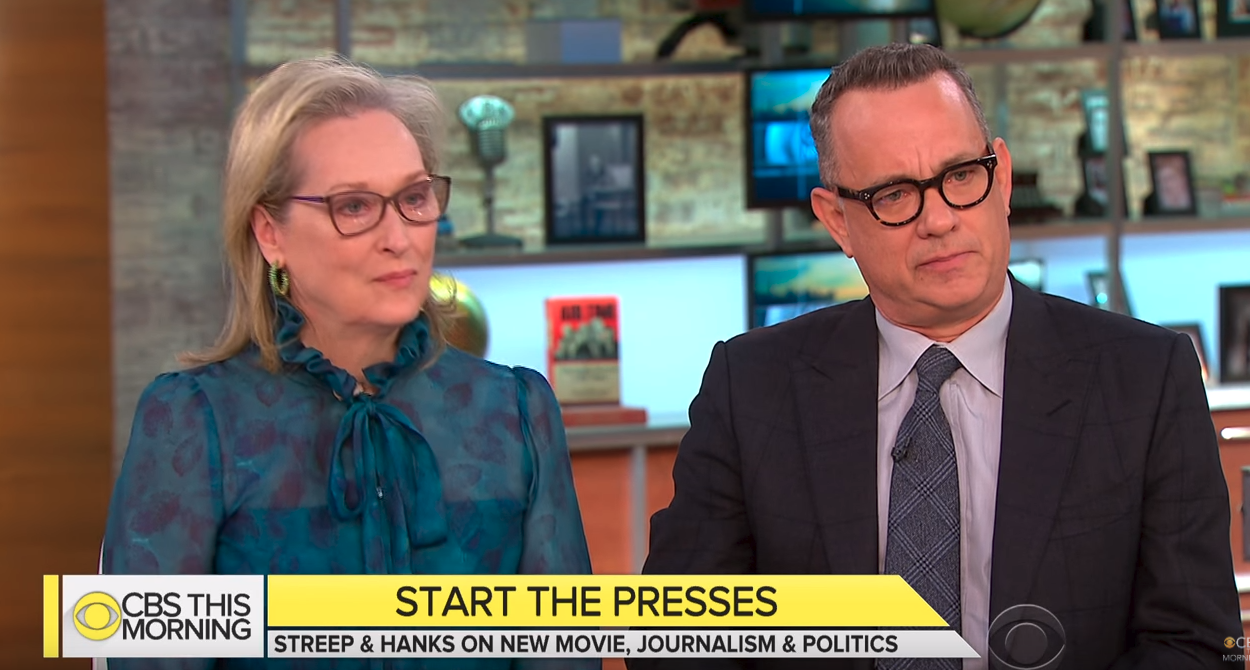 While buzz has gone around that actors like James Franco were snubbed by the Academy in part because of their sexual misconduct allegations, actress Meryl Streep still remained in the ranks of the elite. Even though she referred to Harvey Weinstein as “God” in a previous acceptance speech, and even though she spent three months denying that she knew anything at all about the Weinstein alleged scandals, her standing with the Academy is still pristine, apparently.

Since Streep has attempted to villainize the Trump administration over the past year, rest assured that the Academy has been pleased with her efforts. Even though Weinstein victims like Rose McGowan have called Streep's comments “a lie” over Twitter, the actress has tried to deflect blame of her silence over Weinstein to Ivanka and Melania Trump. In addition, who could forget her tirade at the 2017 Golden Globes?

The Post has been in the public eye for some time, thanks to the media’s obsession with it. Predictably, the Washington Post adored the film, writing 3,375 words about it in its paper publication. CBS also devoted 20 minutes of airtime to give homage to the story about “hero journalists.”

The film wasn’t even aimed at a broad audience, according to the National Review: “The way Spielberg films Hanks and Streep in heroic profiles, their faces full of virtuous strain — tough-guy pride and rich-lady timorousness — isn’t really about freedom of the press; it’s a Mount Rushmore of Hollywood and Beltway liberal alliance.”

The Oscar nominations also hit an off-color note with Call Me By Your Name, a film that depicts a romance between a 17-year-old boy and a 25-year-old man . In light of recent allegations surrounding Kevin Spacey and other predatory men in Hollywood, even liberal sites like Slate admit the message of the film is sour. Slate admitted, “It isn’t hard to find more tweets accusing the movie and even Hammer himself of promoting pedophilia, and as more people see the film, these accusations will undoubtedly intensify.”

But coming from the institution that honored child rapist Roman Polanski, none of this should be a surprise.