What’s a more important story: an actor most people suspected to be gay coming out and confirming it, or an accusation of pedophilic harassment aimed at the same actor?

In the aftermath of Harvey Weinstein allegations, several male figures in Hollywood have been accused of being sexual predators. Actor Anthony Rapp, in an interview with BuzzFeed on October 29, accused actor Kevin Spacey of making sexual advances on Rapp when he was 14 and Spacey was 26. Spacey tweeted an apology, but came out as gay in his apology. ABC, Reuters, and the New York Daily News first reported the story as “Kevin Spacey Comes Out in Emotional Tweet.” 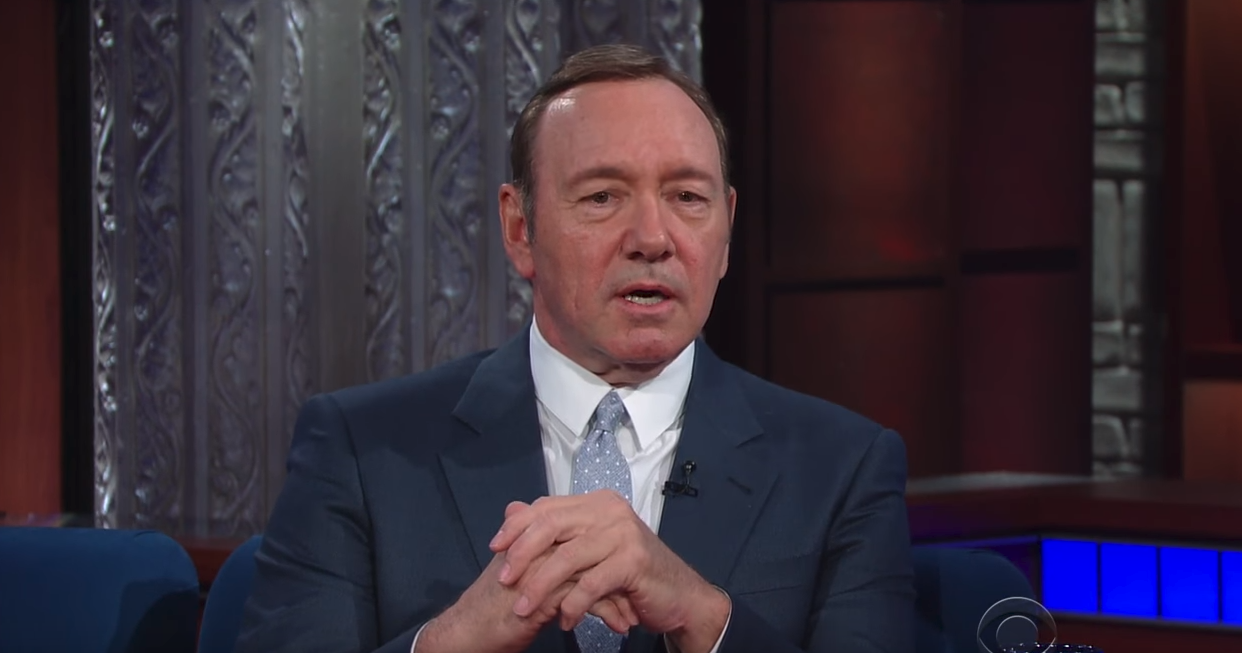 The failure of the media to immediately pick up on the bigger issue is evident: Spacey came out in an apology statement, addressing the harassment claims. The first paragraph of his apology focused on Rapp’s claims; Spacey said “I owe [Rapp] the sincerest apology for what would have been deeply inappropriate drunken behavior, and I am sorry for the feelings he describes having carried with him all these years.”

In the second paragraph, Spacey stated: “I have loved and had romantic encounters with men throughout my life, and I choose now to live as a gay man.” Somehow, this statement made headlines. Even after news sites rushed to change their headlines, the stories remain untouched: the lede for Mashable’s story is still “After years of public speculation, Kevin Spacey is out of the closet.” 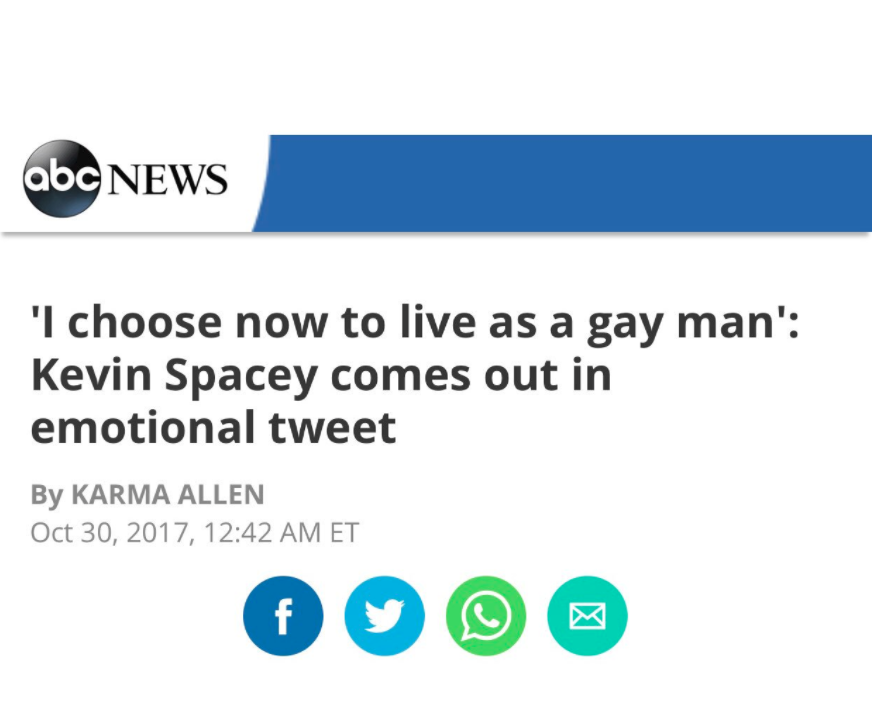 The public backlash against the three news outlets was massive. CNN’s Jake Tapper tweeted: “That Kevin Spacey is gay was news in 1997. Anthony Rapp’s announcement is news in 2017.” Journalist Glenn Greenwald tweeted, “Kevin Spacey has immense wealth & fame, and yet never came out as a gay man until he needed a distraction from this story -& sympathy.” The headlines for ABC’s story on Spacey were quickly changed to incorporate the pedophilia allegations. 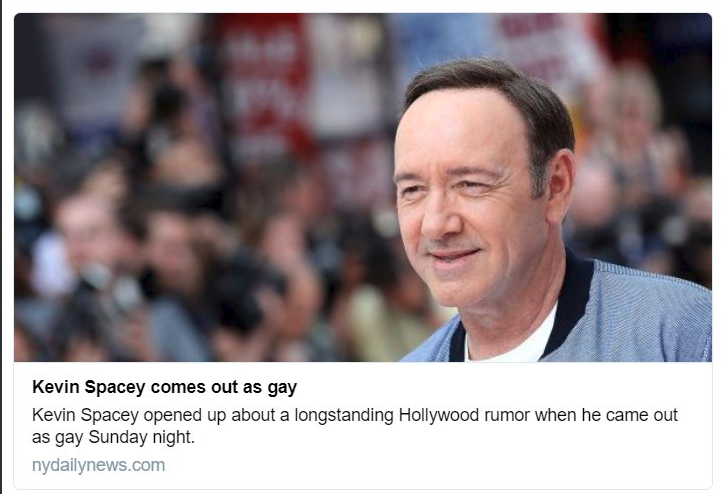 Aisling Bea, a standup comedian, stated that she was not surprised: “I don’t know many actors from my era of drama school graduates who don’t have a Kevin Spacey story. The surprise is the lack of surprise.” The real question is: who else was harassed by Spacey?

Gawker reported back in March a string of emails from anonymous sources, with stories that were disturbing. According to one email, Spacey was such an insistent harasser on the set of films that the staff had to take action: “He repeatedly propositioned one of the PAs so relentlessly that they actually had to reassign the kid to another project, and then Spacey just started in on someone else. She said they eventually just made sure any “underling” position that came into contact with Spacey was staffed by a woman or an older guy — he just basically assumed he was entitled to young, decent-looking guy he had any power over on the set, straight or gay.”

Spacey was also a close friend of former president Bill Clinton, by his own confession. In an interview with Charlie Rose in 2013, the actor stated: “I did great number of things for him either at the White House or for the Democratic Party … I never waited to see which way the wind was gonna blow with respect to him. I was always there. And I was a true friend. And never doubted him, never stopped believing in him. Thought he was an extraordinary man.” Spacey is an outspoken lefty, consistently slamming the GOP and supporting Democratic candidates. According to OpenSecrets.org, he has donated to only Democratic candidates in the past 20 years.