There’s a disturbing trend in the media to look to late-night talk show hosts for moral guidance. It’s time to remember who those upstanding moral talk show hosts really are: entertainers.

On October 3, CNN published an essay with the headline: “How Jimmy Kimmel became America’s conscience.” It’s ironic, that the man who asked singer and alleged sex-offender R. Kelly to tell him his “sex secrets,” and whose previous endeavor was The Man Show, where girls jumped on trampolines in slow motion, is now the voice for “human activism,” according to CNN. 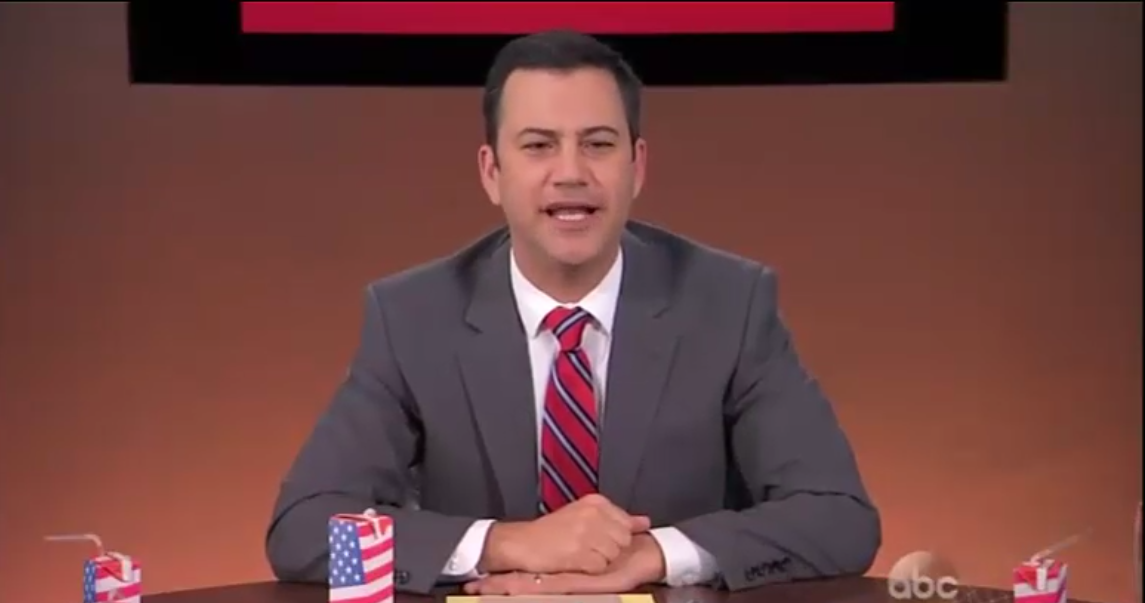 The media doesn’t have to dig very far in Kimmel’s resume to find objectionable content that would put his position as “America’s conscience” at risk. In 2013, Kimmel made a joke about Chinese debt that left-wing critics, including Time, considered to be promoting genocide in some fashion. After a children’s roundtable went wrong when a child said, “kill everyone in China,”  Kimmel actually said, in a joking manner, “should we allow the Chinese to live?” This skit, aired on October 16, triggered protests in San Francisco, with images of Kimmel dressed as Hitler used as a means to try to get the host fired from ABC.

The skit was so bad that ABC even apologized for it.

CNN’s Bill Carter whines about Kimmel’s critics: “That absolutely none of the attacks addressed the issues Kimmel raised is par for the course in this debate.” He ignored Ben Shapiro’s argument in response to Kimmel, as well as some of the more outrageous things Kimmel has said in the past in relation to guns, DACA, and healthcare. (The fact that CNN is taking the guy who said “Ted Cruz masturbates to poor people without health care” seriously tells you everything.) As Shapiro said, “Sincerity does not make what you are saying smart.”

Everyone in the media seems to have forgotten the priceless Comedy Central show The Man Show, (1999-2004) where Kimmel and his co-host Adam Carolla took swings at the white misogynist male by … having women jump on trampolines. In their underwear. That really taught those horrible white men a lesson.

Don’t forget the skit where the two hosts put an 11 year old boy out on the street with a puppy. The boy’s zinger punch line? “Unfortunately I’ve been attracting gay guys all day.” That must go over well with the social justice warriors.