“Fear not, teenagers, because Nick Kroll is here to guide you through the awkward journey of puberty,” says Variety’s Rebecca Rubin. Actually, teenagers should fear indeed. Things that are not ok are being portrayed as normal. 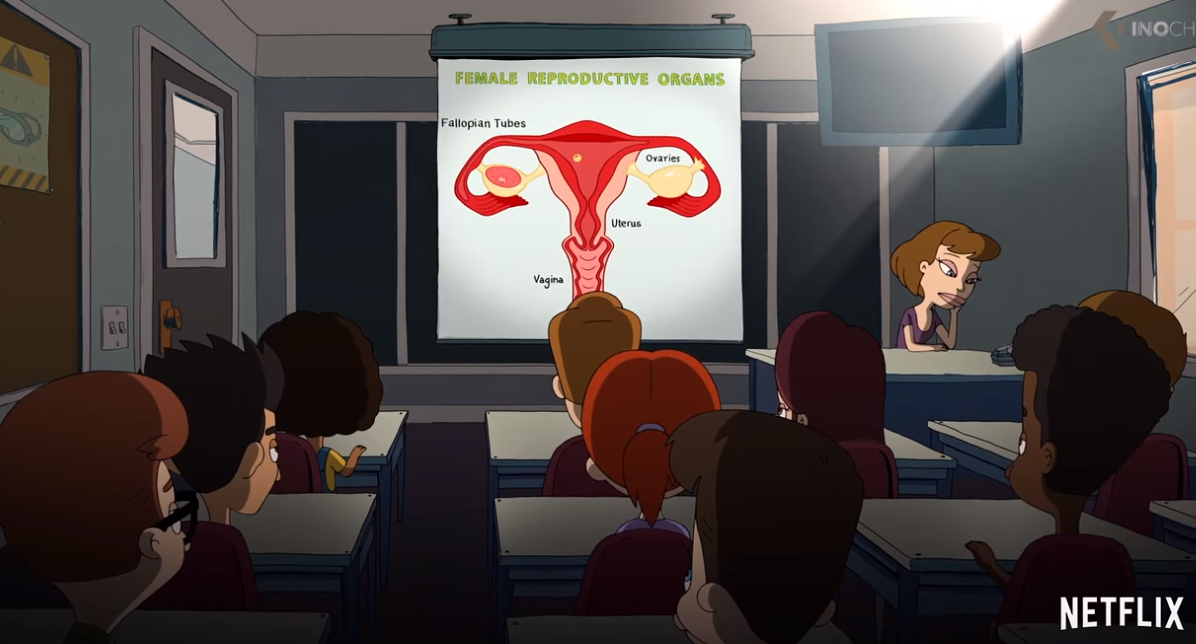 The show is supposed to be geared toward young adults. In an interview with Variety, voice actor Jenny Slate and executive producer Jennifer Flackett talked about how the show was aimed at “building an identity” for young teens. Flackett went so far as to say, “There’s a lot of stuff, especially for girls, that goes really underground. It was a chance to say, ‘You don’t need to be ashamed of everything.’”

In another scene, a father tells his young son that it’s okay to look at or hold another man’s private parts.

This show is being touted as something with an all-star cast. Jenny Slate, Fred Armisen, Jordan Peele, and Maya Rudolph will all have contributing roles in the series.

In her blog, Activist Mommy refers to the show as “disturbing” and cites a YouTube commenter attacking it for “promoting pedophilia.” She also asks the question, “Do we really need deviant sexual behavior to be normalized?”

The problems with the show are as follows: 1. Explicit depictions of young teens engaging in sexual activity. 2. The producers have labelled the show as aimed at young people. 3. The writer was originally working for Family Guy. That show is not meant for young adults. From what the trailer portrays, it seems doubtful that young adults will be watching the show. More likely, adults will be watching these scenes with graphic depictions of a young teenage girl’s private parts.

Activist Mommy encouraged people to cancel their Netflix subscriptions in protest of the show.