George Clooney on Trump’s ‘Both Sides’ Phrasing: ‘A Great Crime’

Ah, Hollywood: once you’ve directed a movie about white people being paranoid, you know it all.

Especially if your name is George Clooney and you live in an 18th century Italian villa. The actor, whose latest project, Suburbicon, addresses racist agendas in the 1950s, had a lot to say on the subject of racism, Charlottesville, and of course, Trump. Hollywood Reporter’s Stephen Galloway wrote that Clooney stated in a phone call in late August, “You can never say, ‘Well, those guys were bad and these guys were bad.’ And to hear those words  come out of the president of the United States, that is a great crime.” 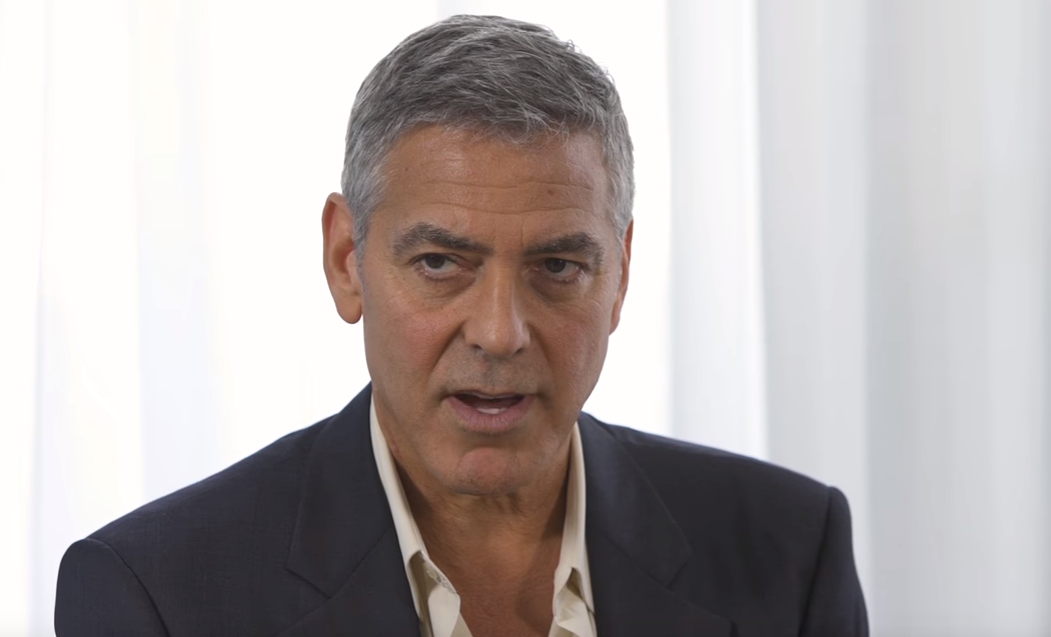 Clooney doesn’t seem to understand that the opposite side criticized was Antifa, the masked, black-cloaked “anti-fascist” group that was so violent at Berkeley last week it actually got liberals to condemn it. He perhaps assumed that Trump was talking about the Black Lives Matter movement, and said thus: “Black Lives Matter was protesting in support of racial equality. Period. Sometimes it got out of hand, absolutely. But that’s what they were doing.”

Except Black Lives Matter events have gotten “out of hand” plenty of times -- to the agony of property-owners, local governments and innocent bystanders. Not that Clooney would know.  He’s too far away in Italy with his millions. But it’s fine. He gets liberal brownie points because he “swaps texts with Obama.” Not to mention his activism includes donating to the left’s Southern Poverty Law Center (SPLC), a noted hate group that designates other groups as hate groups.