Just how desperate are the writers at the New Republic? All of a sudden, they’ve moved from saying that Donald Trump is a neo-Nazi president to saying “Donald Trump is Killing Us: Notes From the End of the World As We Know It.”

Writer Ryu Spaeth gave a kumbayah sermon on August 14, urging the #Resistance to find a new hope for giving the Democrats back the executive office. (Why they keep wanting to impeach Trump is anyone’s guess, since Pence would then become President.) “America has long been a country of hate and prejudice, of war and belligerence,” he wrote. It’s always cool to hate America. 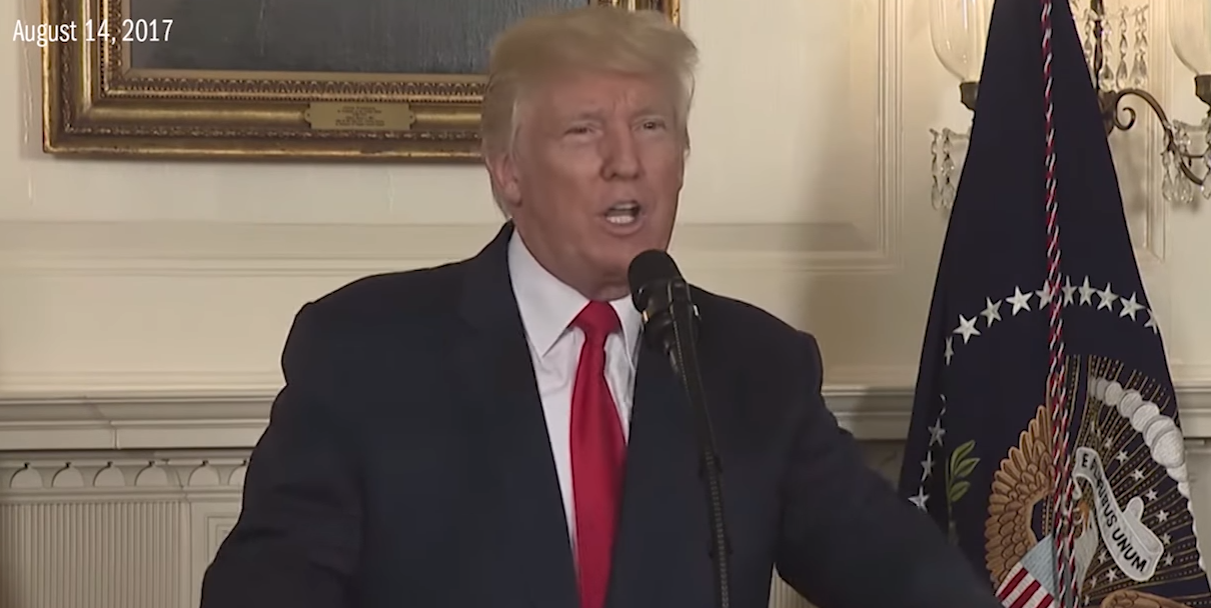 In the wake of the Charlottesville rally of racism and the violence that ensued, Spaeth argued that the internal troubles of the United States are much, much worse than any war with North Korea. The author shared a joke that he found on social media to illustrate his point: “We are all going to miss those days when all we had to worry about was a nuclear war with North Korea.”

So. The #Resistance places more value on racial tension and race-related issues than the subject of war. That’s a terrifying aspect for public safety. While admittedly the racially charged minorities present some danger to a small city like Charlottesville, the prospect of a nuclear war presents more danger than the #Resistance can comprehend, apparently.

Spaeth called both the Charlottesville incident and the North Korea threat two crisis that were instigated by Trump. The article accused the POTUS of “turning an impoverished totalitarian state thousands of miles away into his personal bête noire.” While North Korea is, in fact, an impoverished nation, leave it to the extreme liberal effort to paint a country posing a nuclear threat as the victim.

“In both instances, [Trump] was guided by his north star, a white nationalist base,” continued Spaeth. Perhaps Spaeth is upset, since he accused democracy of having “already failed us once.”

The title was never really explained or justified.