Liberals will believe anything. One of the directors of the latest documentary on former President Ronald Reagan admitted to an interviewer that “People are going to be talking about the funny parallels between our film and President Honey Boo Boo.”

In a Vogue interview with directors Sierra Pettengill and Pacho Velez, the makers of the documentary The Reagan Show, talked about the parallels between the Reagan era and the current Trump era. Both of which are horrible, of course. 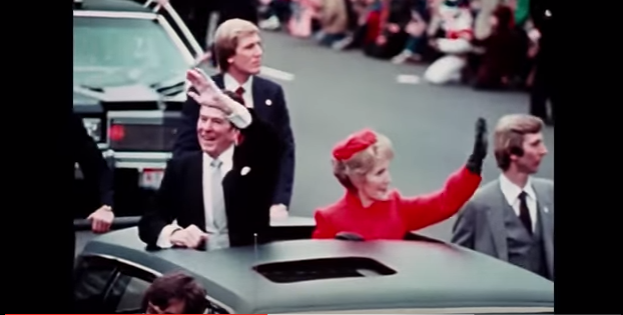 “Reagan took things to a new extreme,” the author of the piece, Julia Felsenthal, admitted to the readers. And while most people will remember Reagan according to his “controversial policies,” the documentary directors said they have never before run across so much material that casts the former POTUS in such a “flattering light.”

While Nancy Reagan is describe as “slightly fed up looking” and “irritated,” she is compared to “viral images of Melania.” In the same breath, Reagan’s presidential years are compared to Trump’s potential years in office, using “Trumpian” tactics and calling out reporters on bias.

“We definitely could not have had Trump if we hadn’t had Reagan,” said Pettengill. That being said, the project was conceived long before Trump became president, and so the directors say that the idea of a conservative president is something that will always be around. While Trump is “a current extreme manifestation” of that idea, the horror that liberals experience will always be around, into thirty years from now when, apparently, America will have President Honey Boo Boo.

However, the two directors avoided the real liberal insult and admitted that Reagan was definitely not Trump. While Reagan may have “looked at the country through rose-colored glasses,” Trump’s America is “really an apocalyptic view.” The directors found it ironic that they actually had good things to say about Reagan.

What’s really ironic is that both of the directors admit to being in their toddler years during the Reagan administration, yet they are willing to call his policies controversial and villainous. It seems as if they based all of their views on Reagan on assumptions that are stereotypical of the left’s ideology:conservatives bad, liberals good. Its a shame that liberals feel the need to rewrite a history that they don't understand.