“We’re ferociously defending the idea that it’s possible to... be objective and nonpartisan. That’s our mission. Our mission is to illuminate and not advocate.” NBC News President Noah Oppenheim.

Ordinarily, when someone gets their life together, congratulations or encouragement of some kind is in order. Amanda Petrusich of the New Yorker seems to think otherwise. 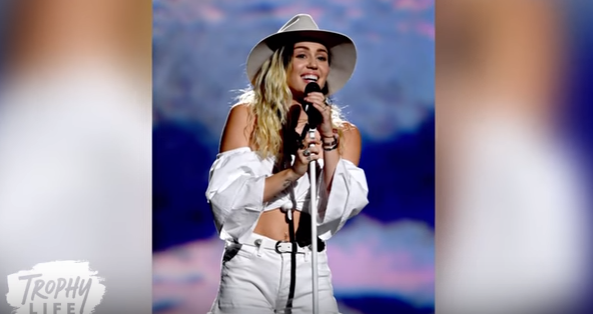 Petrusich did not approve of Cyrus’s new direction, mainly because she found that the superstar’s decisions in the past were those of a “creative risk-taker” which made her a “figure to root for.”

In an interview with Billboard, published the first week of May, Cyrus told the reporter that part of her transformation came from her decision to steer clear of substance abuse. She said, “I’m not doing drugs, I’m not drinking, I’m completely clean right now! That was just something that I wanted to do.”

She also explained that she was done with hip-hop for now, mainly because the sexually explicit lyrics typical of the genre  were not an accurate representation of how she felt. However, Petrusich decided to interpret this decision in a different light.

“Cyrus’s casual trying-on and discarding of black culture is a function of extraordinary privilege,” Petrusich explained. The musician’s new style, which seems more of a throwback to her teenage songs than anything particularly groundbreaking, “makes her previous embrace of those genres feel. . .sinister,” in Petrusich’s opinion.

The journalist wanted Miley to return to happier, simpler times, when the artist had broken up with her fiance, when she was dating a woman, and when she stuck her tongue out all the time. Petrusich recalls that in an interview with Cyrus in 2014, she was struck “by how earnest she seemed about everything.” The earnestness displayed itself when Cyrus kept pressing the phone to her face and accidentally pushed buttons on the screen, because she was so wrapped up in her own opinions.

Petrusich argued that Cyrus’s return to sobriety and traditional values is stereotypical of what the patriarchal society expects of female pop stars. “Now that she is about to be someone’s wife, she’s settling down, finding a new way to be (or act) virtuous,” the journalist criticized.

Even though Cyrus’s decisions in the past have not exactly been virtuous or exemplary, so far it seems like her attempt to clean up her act, both literally and figuratively, has made her a happier person with goals, instead of a mindless pop star known only for her twerking abilities. But Petrusich did not like any signs of maturity, and instead painted Cyrus as a feminist who betrayed her cause. She even ends her article with the regretful statement, “It’s hard not to pine for that wagging tongue.”

How dare someone embrace traditional values and grow up!