David Simon Tweets N-Word, Gets a Taste of His Own Medicine

In a debacle The Root described as “When Your White Ally Goes Wrong” news, white David Simon tweeted the n-word and learned that what goes around comes around. 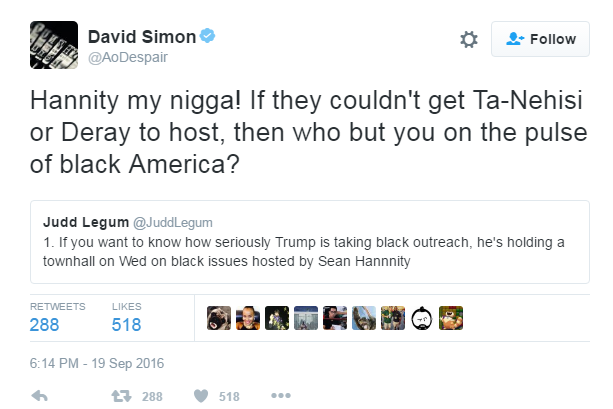 Clearly, Simon used the word ironically to criticize the fact that a white man would be discussing black issues with Trump. But the Twitter world did not see it that way. He immediately received a wave of hostile tweets and memes reiterating, if you’re not black, don’t use the n-word.

Simon attempted to explain himself, which only made matters worse. 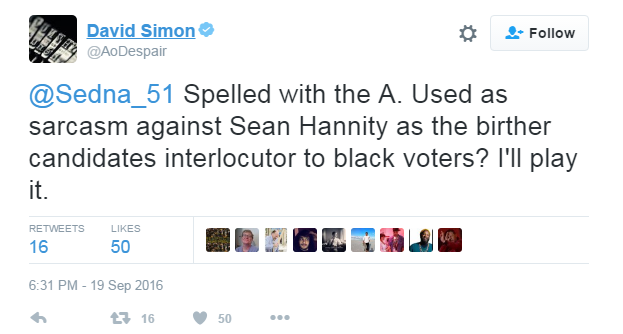 Now, in his attempt to condemn Trump, Hannity, and Fox News, not only is Simon guilty of using the n-word, but he is guilty of “whitesplaining” as well. On Urban Dictionary, whitesplaining is described as “The paternalistic lecture given by Whites toward a person of color defining what should and shouldn't be considered racist, while obliviously exhibiting their own racism.” Isn’t it great when a hypersensitive race baiter is accused of racism? 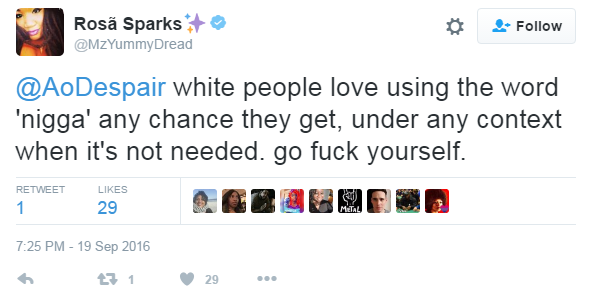 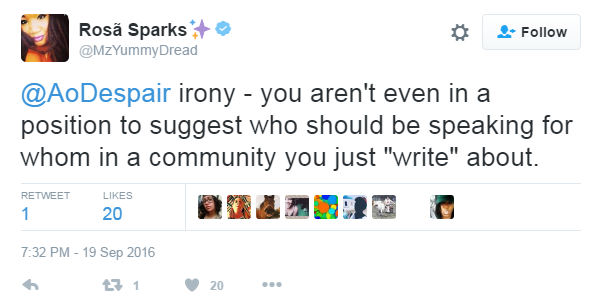 Simon, no friend of conservatives, has embraced Karl Marx as a good “diagnostician” of the problems of capitalism and has two acclaimed HBO series which push liberal urban policies. Additionally, he finds racism under every rock, ranging from libertarian racist code language (“freedom” and “liberty”) all the way to FDR’s New Deal.

But unfortunately for Simon, you reap what you sow.