Stop me if you’ve heard this one before: an ESPN commentator desires to get his name in the news by cracking a joke at the expense of a Republican. That well-worn, lefty sports tactic was executed, yet again, by ESPN’s new Monday Night Football play-by-play man. 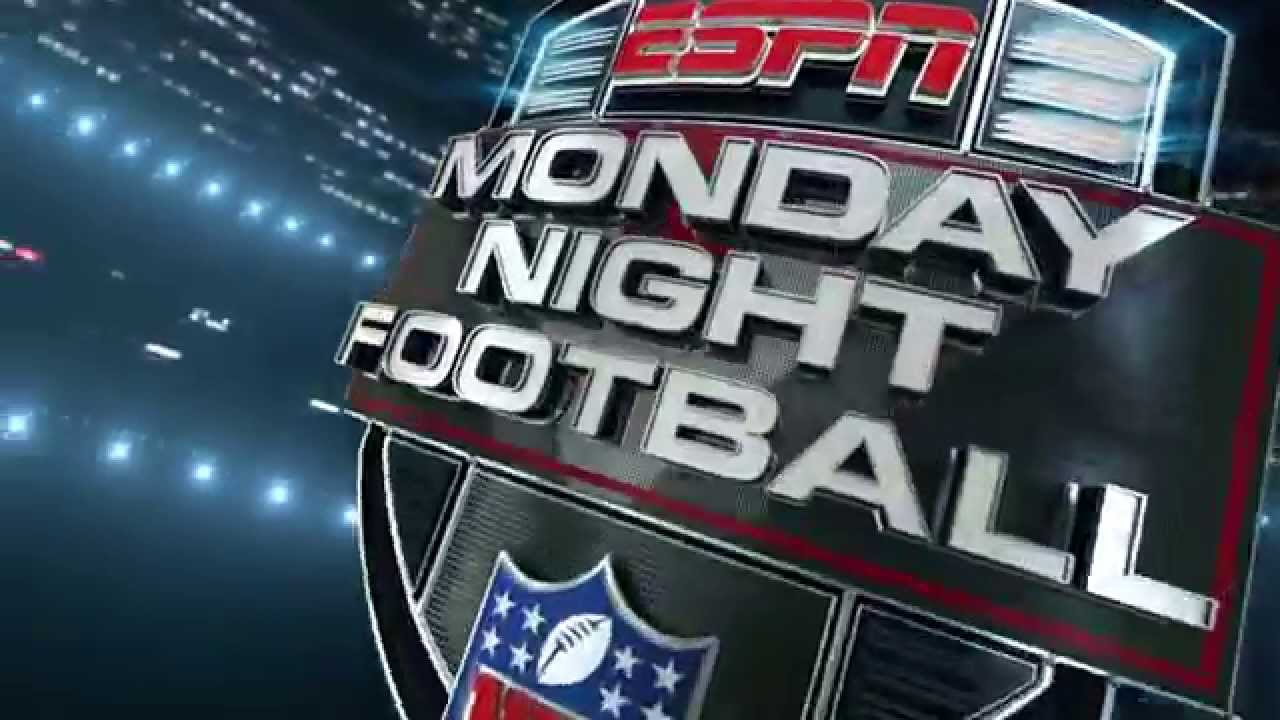 “Sean McDonough, the new play-by-play man for ESPN’s “Monday Night Football” telecasts, greeted members of the media with a little jab Tuesday about broadcasting a game from Mexico this fall, alluding to a certain presidential candidate who would like to build a wall between that country and the United States’ Southern border.”

“McDonough is replacing Mike Tirico, who is jumping to NBC, and appeared at ESPN’s Upfront presentation with his new sidekick, Jon Gruden, in tow. He couldn’t resist a crack about that Nov. 21 game between the Houston Texans and Oakland Raiders in Mexico City and the wall that Republican front-runner Donald Trump hopes to build. Quotes gathered by reporters varied, but you get the gist. (We’ve reached out to ESPN for clarification.)” 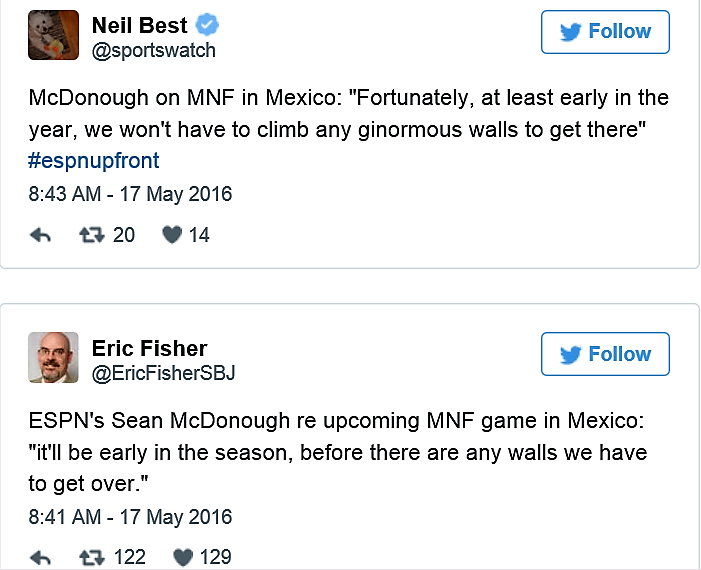 One cannot ignore the irony, that here we have a currently-employed and recently-promoted ESPN employee making a joke at the expense of Donald Trump. While Curt Schilling, ESPN’s most famous recently-fired employee, is endorsing Trump. I suppose it’s clear to see which side of “The Donald” is the healthy side to be on if you’re an ESPN employee.

But most notable, is that McDonough decided to make a joke about what is an intensely controversial and passionate political issue.

The exact kind of “inflammatory” political issues that ESPN has told their employees to not wade into. And the same type of issue that eventually got Curt Schilling fired. But I’m sure ESPN will severely discipline McDonough for this misstep. I’m sure of it.