Curt Schilling is still bringing the heat against his former employer. In an appearance on the Dan Patrick Show on NBC, Schilling let fly with a scathing rant about why he got fired, and the hypocrisy of ESPN: 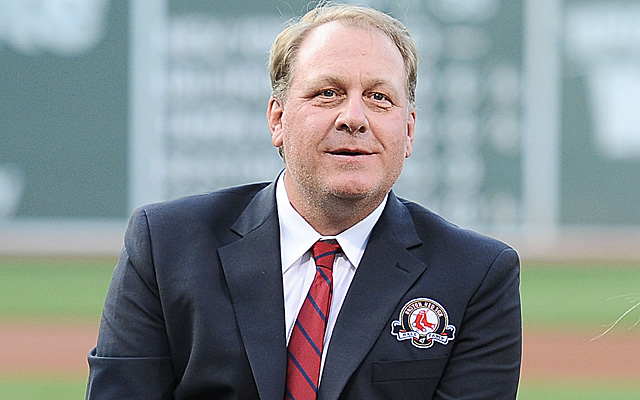 "The only irony in all of this for me is that a company that is outwardly bigoted and intolerant is calling itself inclusive," Schilling said. "I'm sad that it ended because of the people I worked with. But, other than that, I guess it was kind of meant to be."

Schilling then went in-depth on exactly what he meant by ESPN’s lack of inclusiveness:

“They sent out memos about, ‘Hey, listen, we want our sports people and talent to stick to sports and stay away from politics and all the other stuff.’ The next day Stephen A. Smith said Robert Griffin can’t play quarterback because he’s black; not because he sucks. Then you have Tony Kornheiser comparing the tea party to ISIS. So what I think the memo meant to say was, you know, ‘If you’re not liberal and you’re not a Democrat do not stray from sports…So they did that and happened again and I kept trying to explain to them, ‘Listen, I get it to some extent, but I’m not doing this openly and outwardly anymore, this is something I’m commenting on and, you know…”

“The other piece that really jumped out at me was people were talking, you know the green room where everybody hangs out, it’s the ESPN version of the locker room, a lot of times people would come up to me and whisper, ‘Hey, man, I’m with you. I’m a Republican’ as if we were the secret card carrying members of some group that couldn’t be — that those who shall not be named. But, you know, the inclusiveness is inclusive as long as you’re pointing the same direction they are, otherwise it’s a problem.”

And if we needed any more evidence to back up Schilling’s point about ESPN’s hypocrisy, in the way ESPN treats conservatives as opposed to liberals, soon after Schilling’s ouster ESPN hired LGBT activist, and Hillary Clinton endorser, Abby Wambach. So, to Schilling’s point, it’s pretty easy to see just who ESPN is truly “inclusive” of.