Showtime's 'Shameless:' Another Show, Another Hot Take on Trump's America 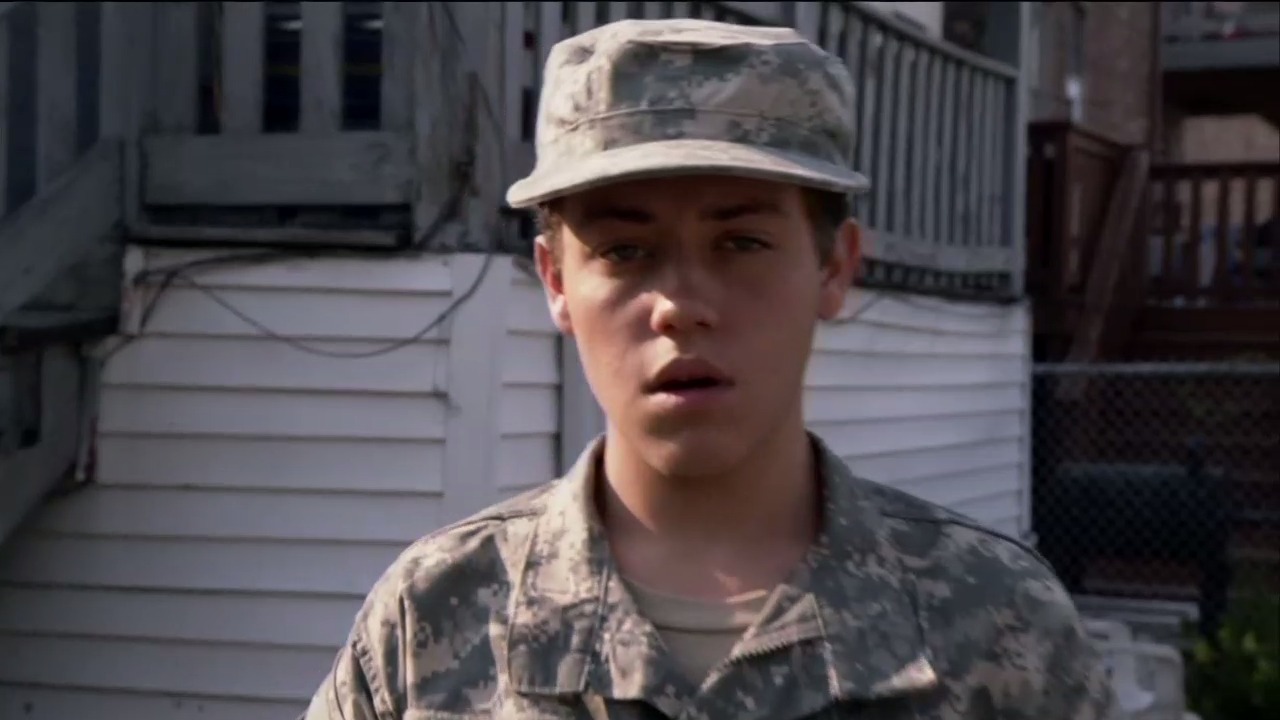 The eighth season of Showtime's Shameless kicked off on November 5 with one character being extra patriotic, and the show as a whole being more political in the Trump era.

“We live in a world in which everybody is talking about what’s happening,” executive producer John Wells told Variety. “I have very liberal tendencies, but the one thing you can say about what is happening is it’s started a conversation. There is a conversation in America about ‘Who are we? Who do we want to be? How did we get so separate? Why are we not talking to each other?’ And we try and go right at it.” A liberal in Hollywood? I know you're as surprised as I am.

Shameless follows the Gallagher family of Chicago. The family consists of a drunk dad, an absent mom (who passed away at the end of the seventh season), and six kids with the oldest, Fiona (Emmy Rossum), trying to hold everything together. Carl (Ethan Cutkosky) is the second youngest of the six, and is always in trouble. That's why, in season seven, he was sent to military school, and military school is why he is suddenly straight-laced, meticulous, and sounding a little right-wing in the season premiere "We Become What We...Frank!"

The family teases Carl good-naturedly about having his alarm clock play Reveille at 5:30 so he doesn't "get soft over the summer." He tells Fiona that "the most American thing is the pursuit of free enterprise," and has put a flag pole in the yard so he can raise the colors at home. On this particular morning, he's up early and cooking breakfast for the family while sharing his new point of view.

Carl: Discipline. Commitment. In bed. Lights out at 2100. Up at 0530. In the field at 0630. The warrior way.
Fiona: Is that grits?
Carl: And eggs, flapjacks, sausage and biscuits, and breakfast meats.
Fiona: Whoa.
Carl: Gotta stay strong to man the Gates. Preserve America for all those fat-ass coastal elites taking our liberties for granted.
Liam: What Gates?
Carl: The Gates that protect us from tyranny and oppression.
Fiona: How are you gonna eat all that?
Carl: I gotta stay combat ready for the fall. I'm a cadet corporal now. Corporals deal with hell week. Oh, I can't wait to torture those little seventh grade fuckers. Espresso?

So, the troublemaker goes away to school and comes back saying that the coastal elites take freedom for granted. Are we supposed to think that he's wrong? That he's been brainwashed by the military? His family seems to roll their eyes at him but, read the news on any given day, and he has a point.

Later in the episode, we are reminded that everyone is supposedly living in fear in 2017 when an ICE raid hits the restaurant at which Fiona and another Gallagher sibling, Phillip "Lip" (Jeremy Allen White), work. It only takes about 30 seconds for them to come in, grab the people who are running, make some arrests, and head out again. They didn't ask anybody any questions or verify any information, just showed up with tires squealing, grabbed some people, and left.

That's not the only ICE action in town. After Svetlana (Isidora Goreshter) has tricked her way into ownership of the brothel the Alibi and renamed it Putin's Pride, the Gallaghers' neighbor Veronica (Shanola Hampton) calls ICE on her. Svetlana is in America legally, but Veronica succeeded in getting some of her family deported.  It's odd that deportations would suddenly be an issue for Shameless after eight years of President Obama, who deported more than three million illegal immigrants, earning him the nickname "deporter in chief" from radical Latino group La Raza. Yes, deportations and ICE raids happen under President Trump. They've happened under a whole lot of presidents but, suddenly, they're showing up in television shows like they're brand new.

The episode ends with Carl outside at the flagpole, Reveille playing on his iPhone, flag in hand. After raising the colors, he salutes, looks into the camera and says, "America first, motherfuckers."

So, I guess the lines have been drawn for this show. Patriotism is going to be tied to the government and, more specifically, to Donald Trump whose foreign policy is called America First. They're tying Trump pretty closely to ICE raids, which are being painted as the government simply plucking people from the streets. Can we expect a whole season of ICE raids and Carl's monologues to show the viewers what terrible people conservatives are? I hope not - but it's a pretty small hope.