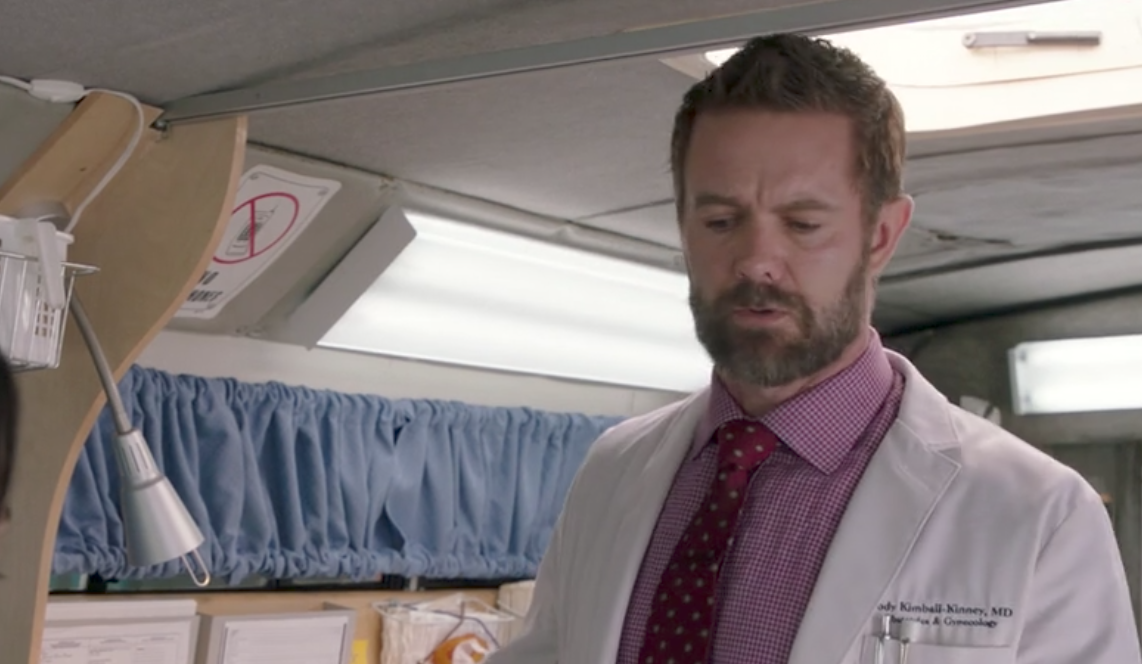 In its October 10 episode, "Jeremy & Anna's Meryl Streep Costume Party," The Mindy Project on Hulu saw one of the doctors of Shulman and Associates, Jody Kimball-Kinney (Garret Dillahunt), tapping into his altruistic side. After being shamed by a woman who runs a free clinic, he finds the practice's old bus and starts offering certain types of healthcare free-of-charge to women who otherwise could not afford it. When he realizes how many women don't have insurance, the Republican character misses the point entirely. The writers did, too.

He offers to help a patient get access to free birth control pills when she says she can't afford them due to lack of insurance, and says, "My word, I've been hearing that a lot today. I thought that was something the liberal media just made up, like police brutality." Obviously, he is supposed to be a caricature of a Republican.

Conservatives know perfectly well that lack of insurance is a problem. What the writers of The Mindy Project seem to have forgotten is that we're still living under Obamacare, so that's on the Democrats. The "Affordable Health Care Act" has made insurance unaffordable to many. Ironically, Obamacare adding mandates like "free" birth control to all health insurance plans has caused premiums to go up, which could be the very reason this woman can't afford insurance and has to rely on Dr. Kimball-Kinney's free clinic.

Under Obamacare, millions of people lost their insurance while others saw their premiums and deductibles double and triple, rendering them underinsured with health plans that are virtually useless. Liberal pundit Melissa Harris-Perry went on MSNBC as far back as 2014 saying that Democrats should be proud of the number of people who liked their coverage but couldn't keep their coverage. "Yeah, you can't keep your crappy plans," she said on MSNBC, "Just deal with that!"

By the end, Dr. Kimball-Kinney is shocked to learn that he feels good after helping people out with free services - get it? Republicans are greedy and would never help someone out of the goodness of their heart, but only for profit.

If Dr. Kimball-Kinney is watching liberal news, he might be surprised by the number of uninsured and underinsured, but not because he'd assume it was spin. The surprise would more likely be due to the fact that they aren't doing much reporting on how many people are being left high and dry due to Obamacare. While I appreciate The Mindy Project for bringing it up, they placed the fault squarely in the wrong camp.